What do you get when you mix muddy buddies with Chex mix? Caramel Apple Autumn Mix. It’s a sweet, crunchy, and caramel applely snack mix you just can’t stop eating!!

Fall has definitely arrived……yeah!! I love fall and the flavors of fall!!! Apples, caramel, and cinnamon…they all come together in this snack mix.

If I got anything from my mother it was a sweet tooth….I’m horrible…..I mean really, really bad!!! Worst part…….once I start I just don’t stop. Such was the case with Caramel Apple Autumn Mix. Seriously,  I ate so much of this I was about sick……and still ate some more. 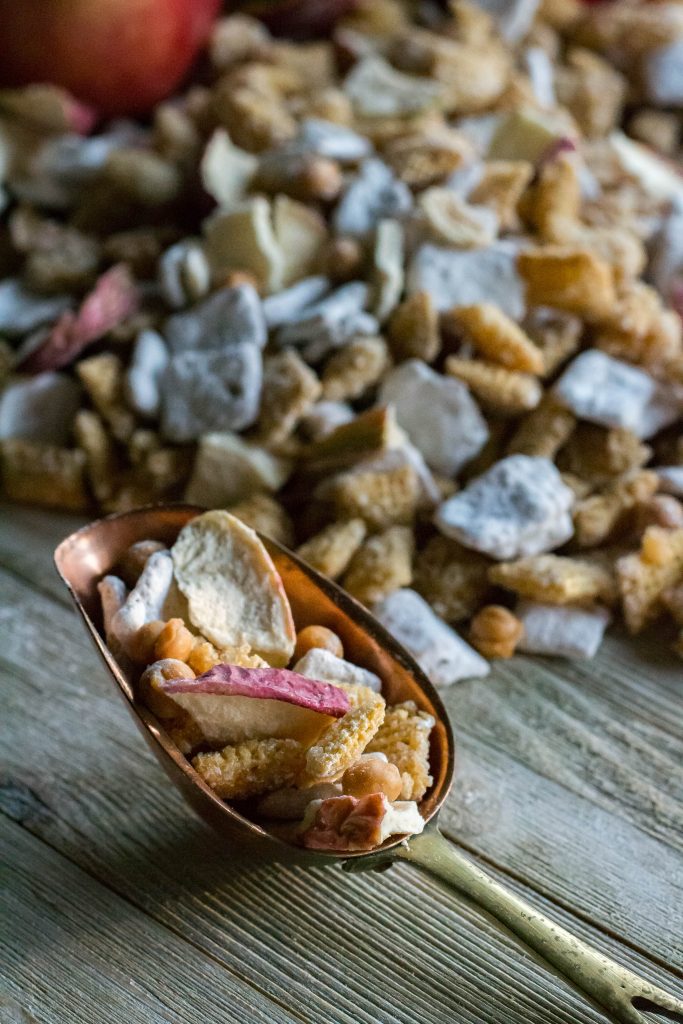 And share we did. At the end of the day, I had two one gallon ziplock bags, and a large Rubbermaid clear container full. If you haven’t tried the Rubbermaid Brilliance Food Containers, you are missing out. I have no affiliation with Rubbermaid and I’m not getting paid… I just love these containers. 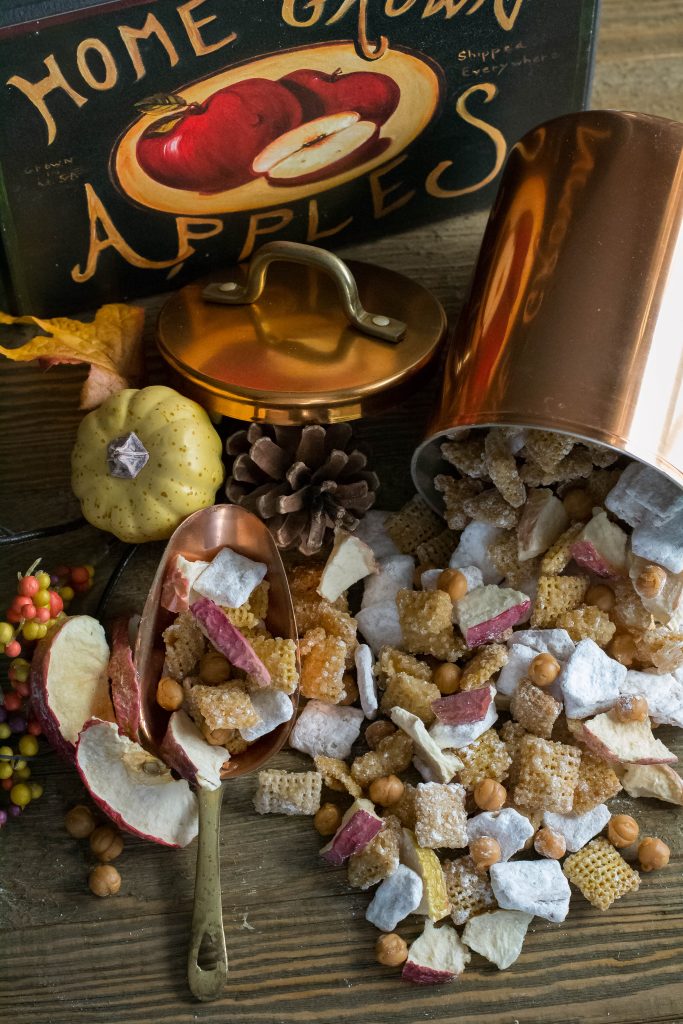 Tim took two bags to work and I took the rest. It was gone post haste.

Mixing two types of snack mix is a sweet tooth lovers dream. Add in apple chips. The apple chips need to be the freeze dried ones, I looked at dried apples, but they were soft and this mix is all about crunch.

About those caramel bits….kudos to Kraft. Unwrapping caramels to make anything is a pain. These little bits are ready to pour into anything that needs caramel. I had someone ask how I made those little caramel bits. I said they came in a bag….ready already!!! Get them in the baking aisle at your local grocery store. 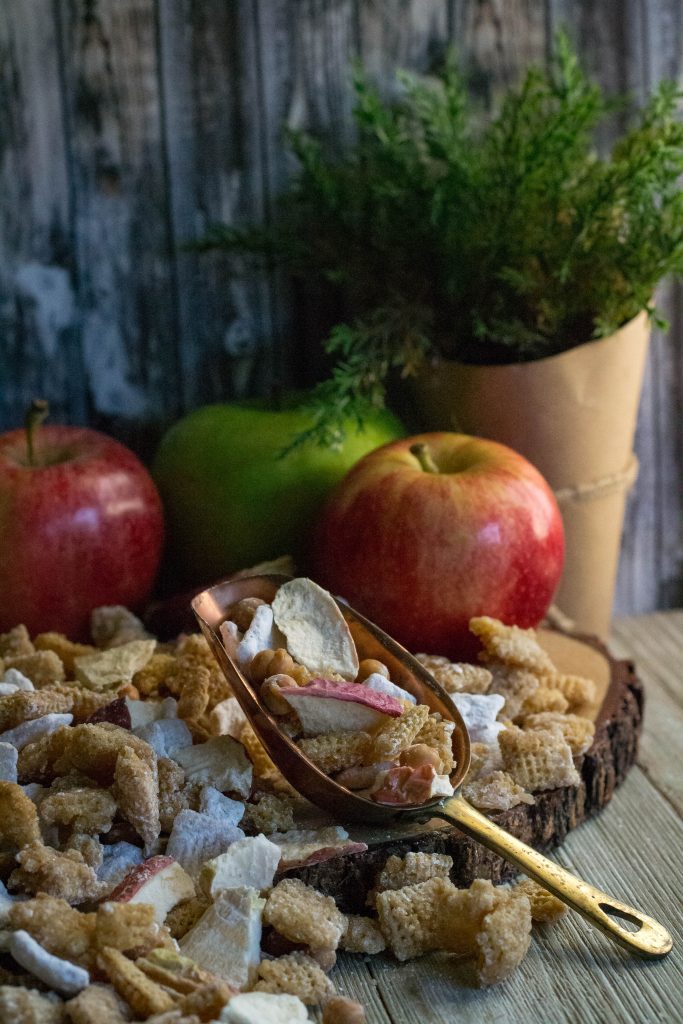 If you have ever made muddy buddies or Chex mix before this recipe is easy. Slightly time-consuming, and a whole bunch of messy, but sooooo worth it.

Looking for a perfect snack mix with all the flavors of fall? Try our Caramel Apple Autumn Mix and get your Autumn on!!!

In a large mixing bowl combine both kinds of cereal and set aside.

Place a piece of parchment paper on a large baking sheet and spray lightly with non-stick cooking spray.

In a small bowl combine cinnamon and sugar and set aside.

Heat brown sugar, butter, and corn syrup in a saucepan over medium heat, until the mixture comes to a boil. Boil for one minute, stirring constantly; remove from heat.

Pour over cereal mix and stir until cereal is coated.

Mix 3/4 cup of the sugar mixture and mix well.

Spread coated cereal on a prepared baking sheet. Sprinkle the remaining sugar mixture on top. Bake for about 5 minutes, then flip with a spatula and bake for 5 more minutes, until cereal turns golden brown. Remove from oven and cool completely.

Melt the Ghirardelli white melting wafers as directed on the package.

Pour the melted wafers on the cereal and stir gently to coat.

To assemble the mixture in two large bowls combine half of each mixture add half of the dried apple and half of the caramel bits to each bowl and mix to combine.