In a nod to New England in their bid for the Super Title, I give you Mini Whoopie Pies! 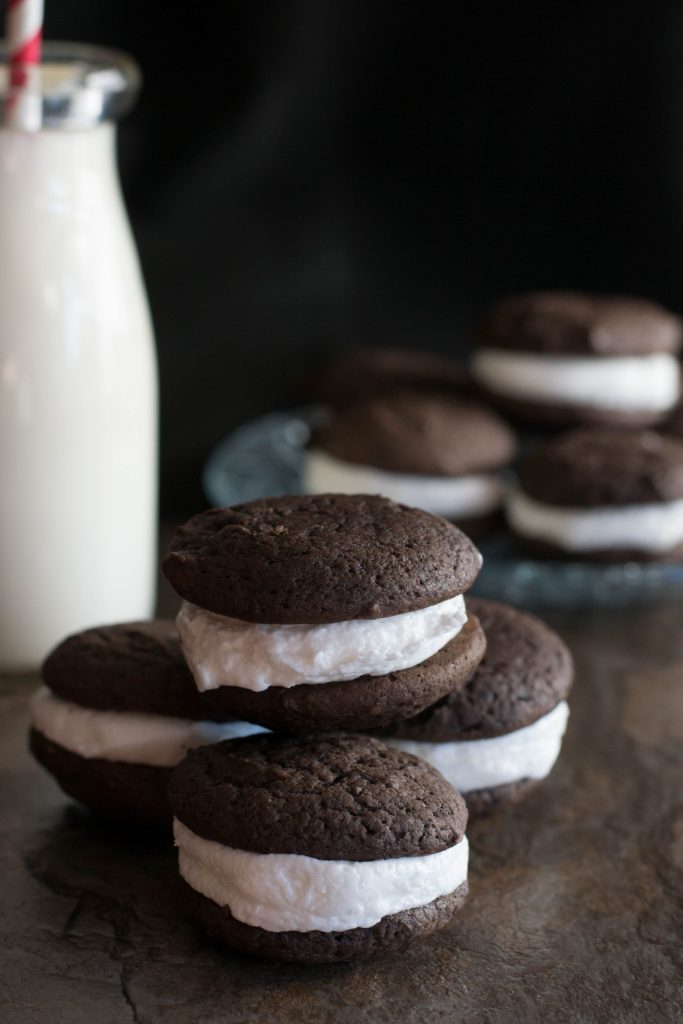 The Whoopie Pie is the the official state treat of Maine, and considered a New England classic. Also know as black moons, gobs, or black and whites, whatever their name, they are in the words of Rachael Ray…yum-o!

According to What’s Cooking America , traditional whoopee pies are made with vegetable shortening, not butter, which is how I made mine. The original and most commonly made whoopie pie is chocolate. but cooks like to experiment, and today pumpkin whoopie pies are a favorite seasonal variation. 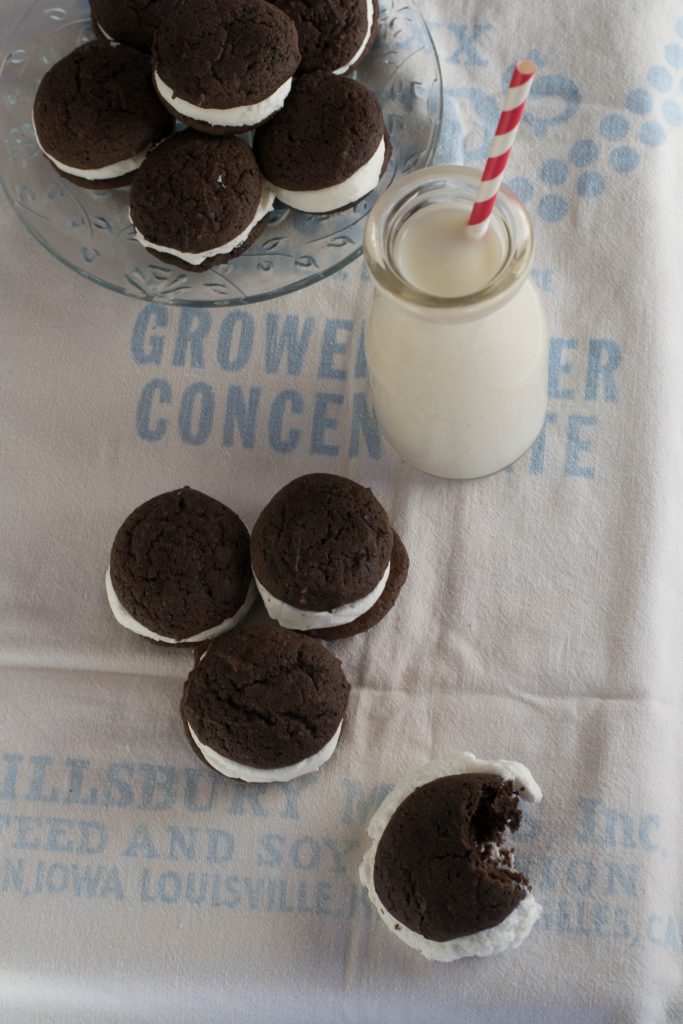 The recipe for whoopie pies has its origins with the Amish, and in Lancaster county, Pennsylvania, it is not uncommon to find roadside farm stands offering these desserts. Amish cooking is about old recipes that have fed families for generations, with no trendy or cross-cultural fusions or mixtures. These cake-like whoopie pies were considered a special treat because they were originally made from leftover batter. According to Amish legend, when children would find these treats in their lunch bags, they would shout “Whoopie!” 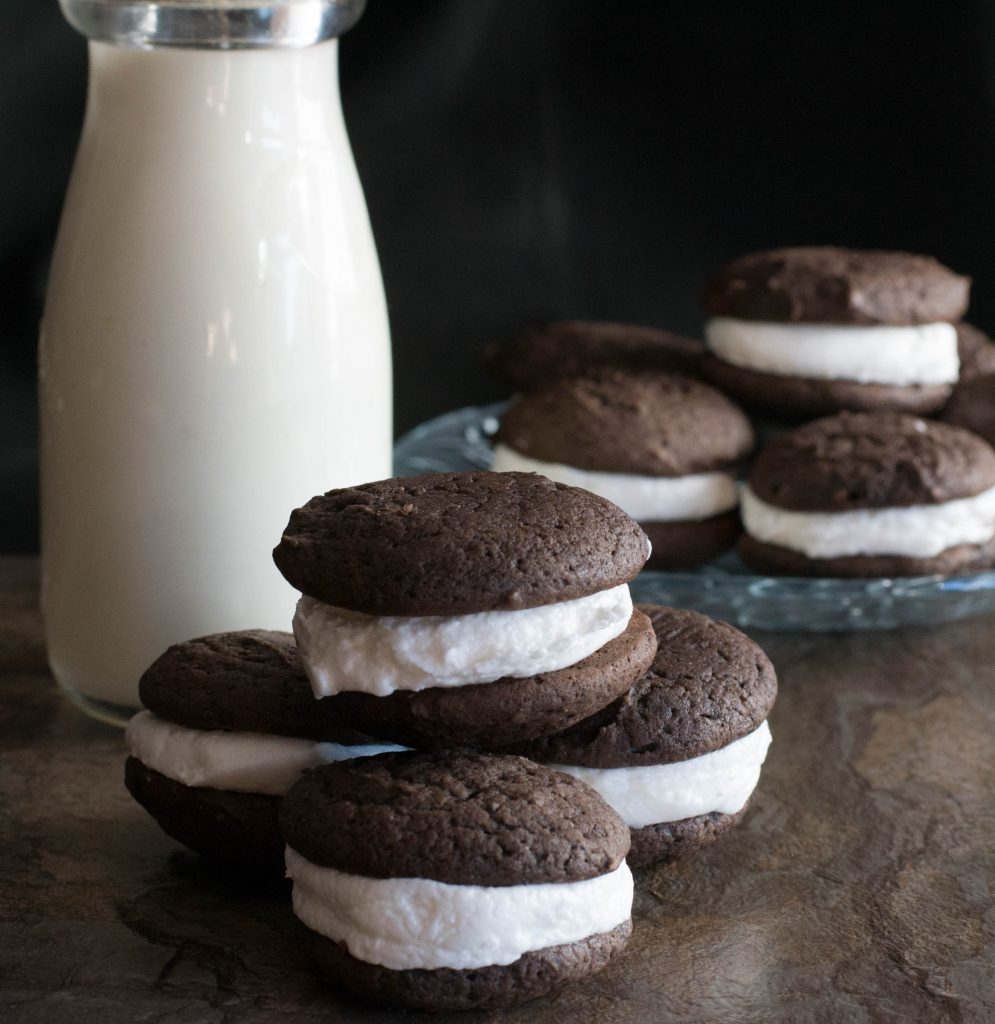 I never in my life have had a whoopee pie, until I made these. We grew up on Ding Dongs and Swiss Rolls. If I had only known, see the best part of any of these treats is the filling. Whoopie pies have a whole bunch more of that, and I love it. I did read that you can use the marshmallow fluff right out of the jar for the filling but don’t…….make the filling, I promise it’s worth it. 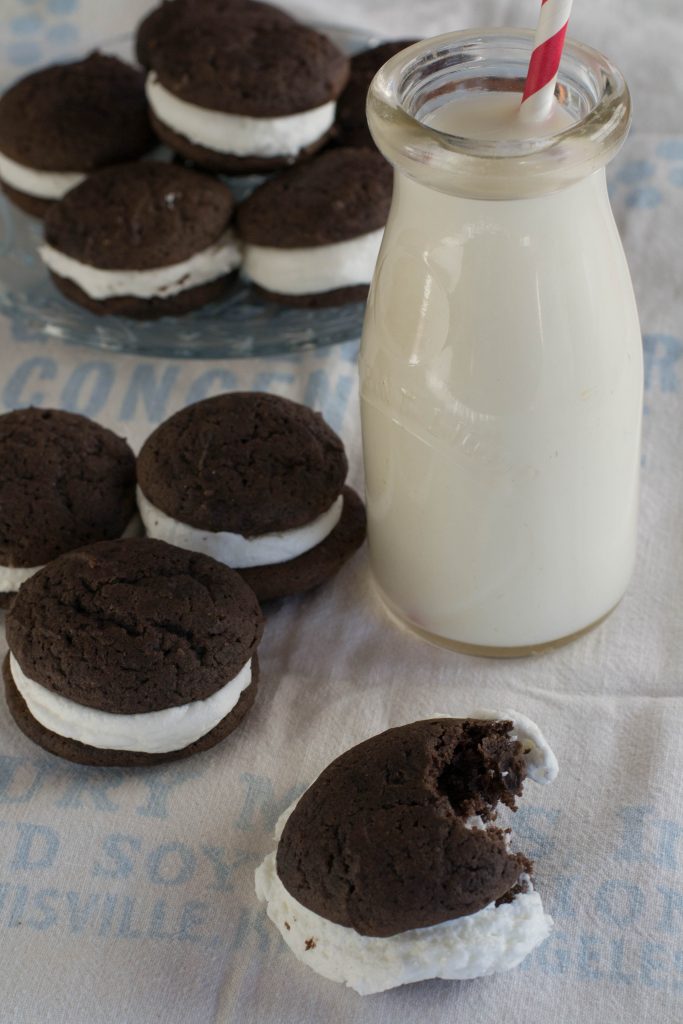 These bite sized treats fit perfectly into a Super Bowl feast. I really think you need some sweet relief from all the fried, battered, chip and dip things that are traditional Super Bowl fare. Every event needs a dessert, no matter how plain or fancy. 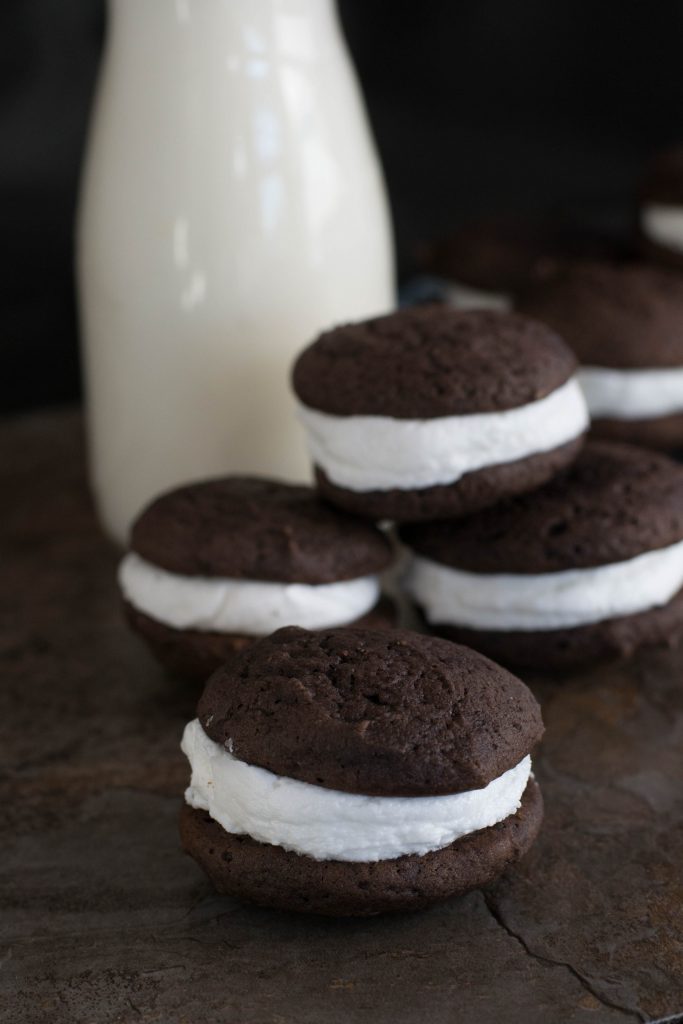 Plus these can be made ahead, and stored for up to a week in an air tight container, but I don’t think you will have any to store….so maybe make a double batch??