Even though it is far from raspberry season and they were kinda pricey …..I had a hanker’n for something raspberry. Raspberry Cheesecake Galette. Kinda like pie, kinda like cheesecake, and totally delicious! 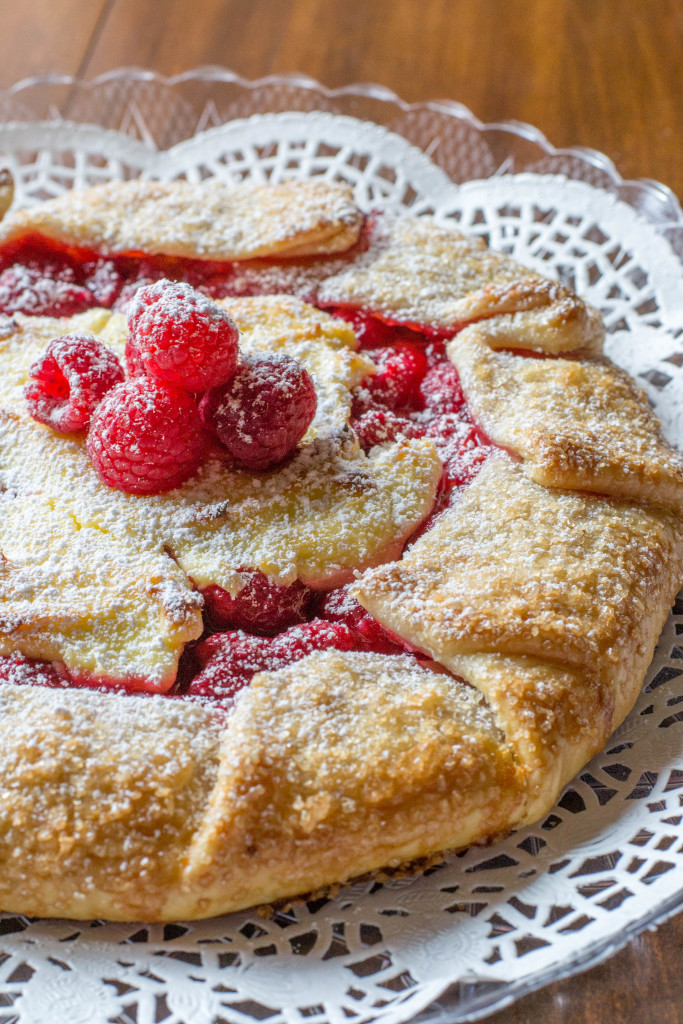 My idea with these was to make them small……..individual size, but I had a huge fail with that.

They fell apart and were like little pancakes…….it really was a sight.

So plan B…….. make it big. Not that its a huge dessert, but it is not the cute little baby galettes I had visions of.

Making it plan B size was easier and in the long run I think a more show stopping dessert, especially if you are trying to impress. And really isn’t that what all food bloggers want to do….impress you, our loyal fans? 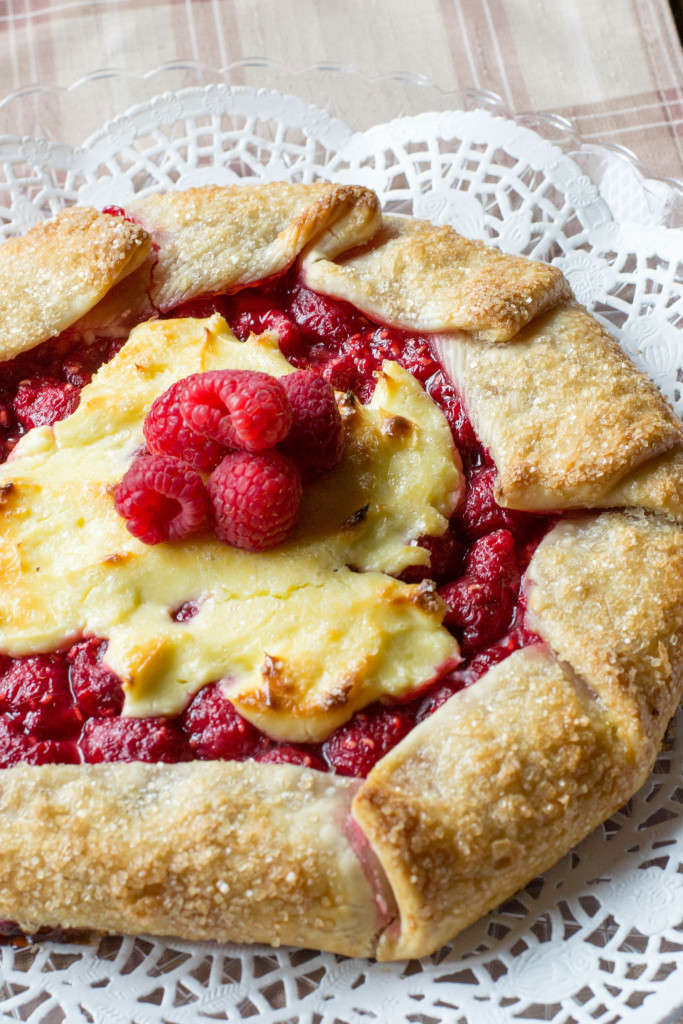 As I alway say, I can not make a pie crust, I wish my Mom was still here to show me, her’s were the bomb. So, I do what every self respecting non pie making gal does…….I bought the pre-made!

The raspberries are gently mixed with sugar, lemon juice, cornstarch, a pinch of salt and a touch of almond extract. Cream cheese, egg, and sugar make up the filling. 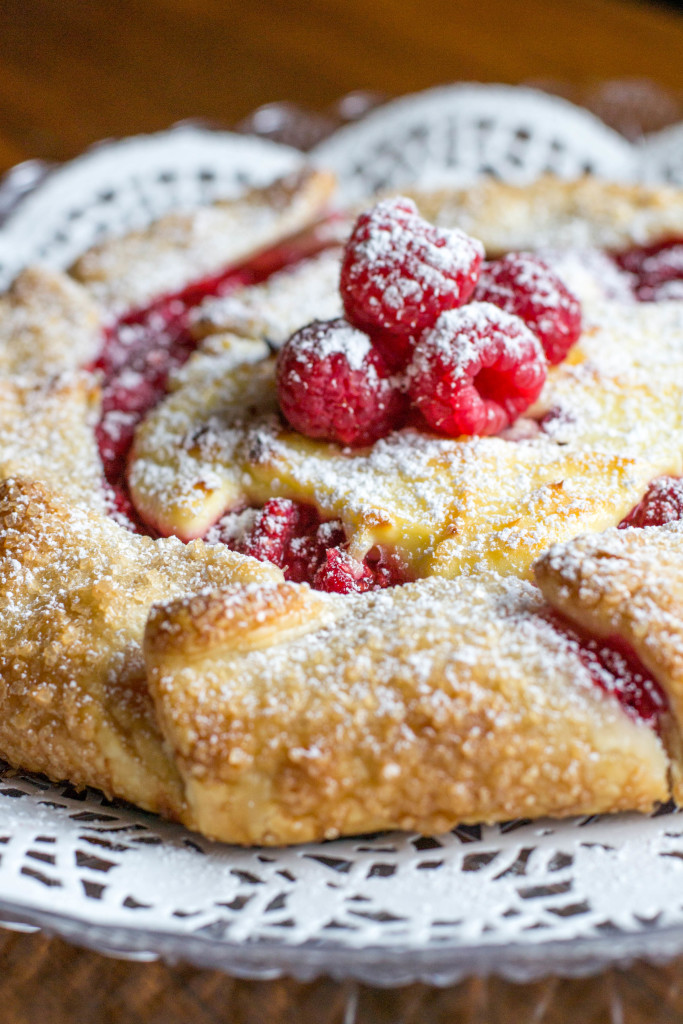 A little cheesecake filing on the bottom, raspberries, fold over the pie crust, no certain way, just so the raspberries can’t get out. Then top with the rest of the cheesecake filling. Make sure to let some of the berries show.

My favorite finishing touch to a pie is and egg wash (1 egg beaten with about 1 tablespoon water), then brushed over the crust and for an extra crunch of sugar use turbinado sugar, its just perfect. 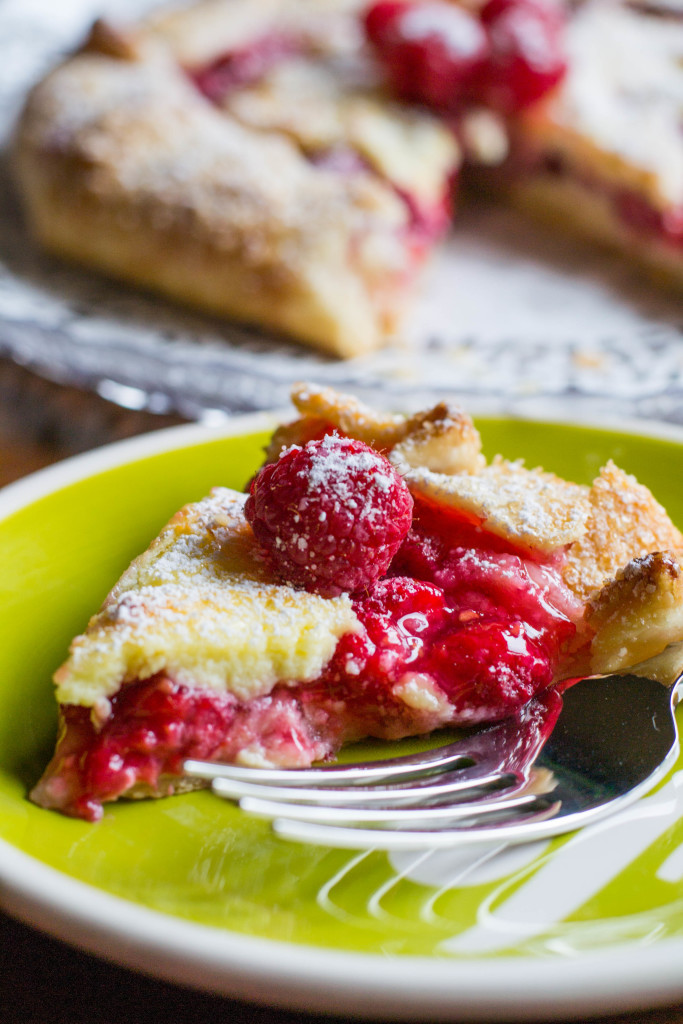 Bake for 20 to 25 minutes and allow to cool. Some of my pictures have powdered sugar and some don’t. It’s pretty either way and I wanted to show versatility. 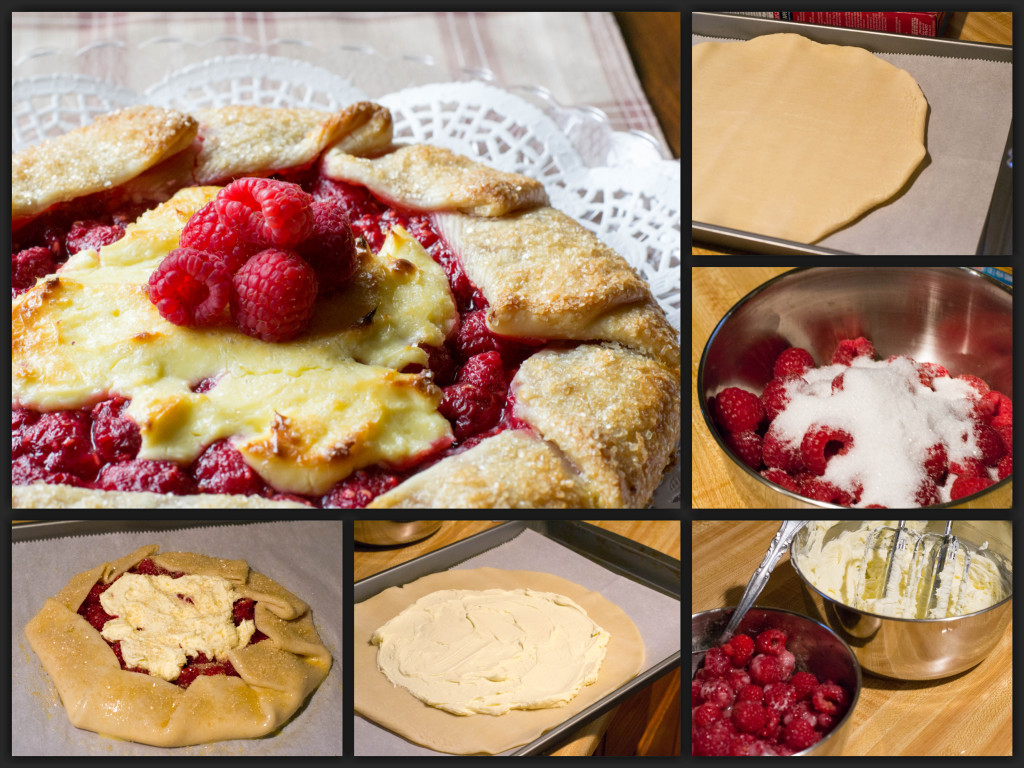