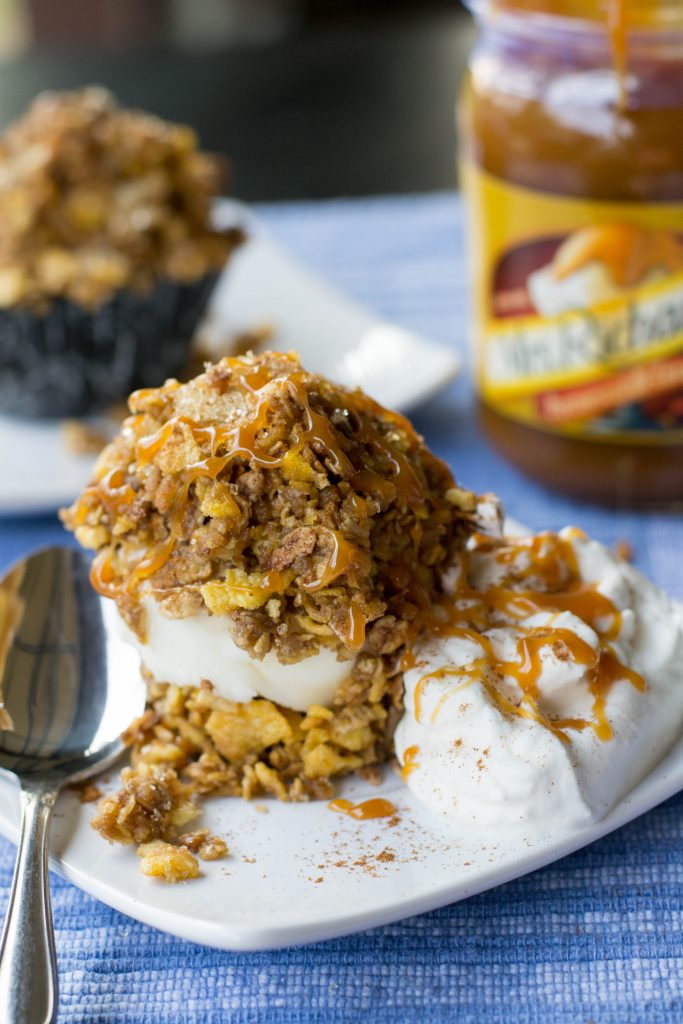 Seems there are conflicting stories as to the origins of this delectable delight. According to Wikipedia:
https://en.wikipedia.org/wiki/Fried_ice_cream
Some claim that fried ice cream was first served during the 1893 Chicago World’s Fair. Though in 1894 a Philadelphia company was given credit for its invention describing : “A small, solid cake of the [ice] cream is enveloped in a thin sheet of pie crust and then dipped into boiling lard or butter to cook the outside to a crisp. A third claim, beginning in the 1960s asserts that fried ice cream was invented by Japanese tempura restaurants. 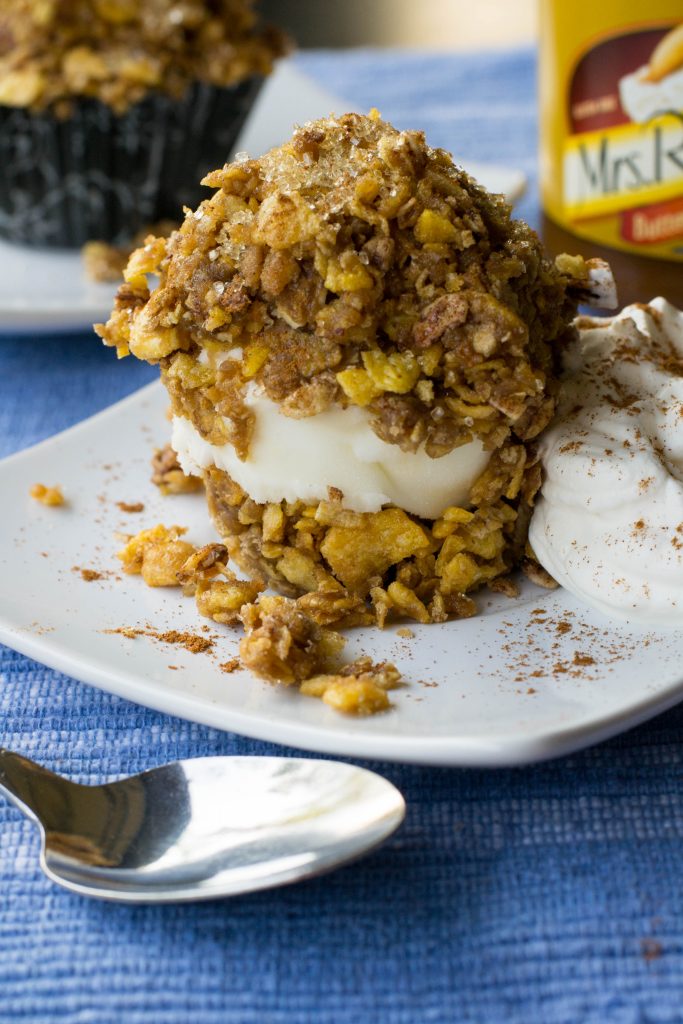 In the United States, fried ice cream has been associated with Asian cuisine, appearing in reviews of Chinese, Japanese, and Polynesian restaurants in the “Dining Out” section of the New York Times in the 1970s. It also came to be associated with Mexican cuisine, in large part due to national chain Chi-Chi’s adopting a fried ice cream made with tortillas and cinnamon as its “signature dessert” when it opened in the early 1980s.The Asian recipe usually uses tempura batter. Mexican versions use corn flakes, nuts, cookie crumbs, or tortillas for coating.

No matter where it came from it was a stellar idea. But what if you could have it un-fried????Food for thought. 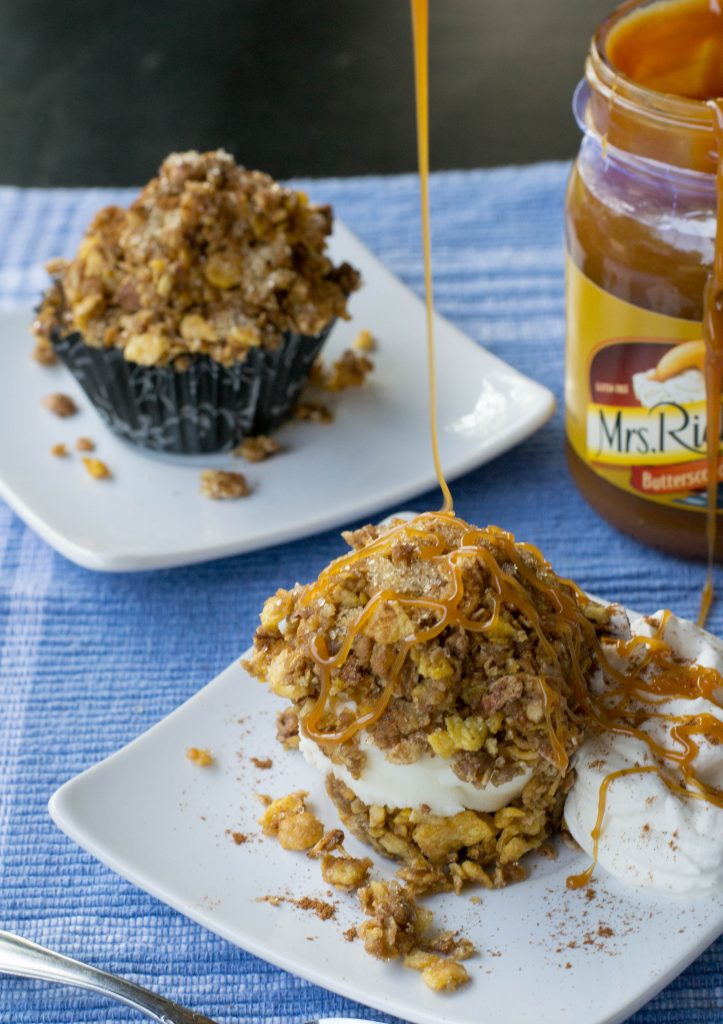 Since my reference is with the Mexican variety and cinnamon being the predominate taste I set off to un-fry ice cream. 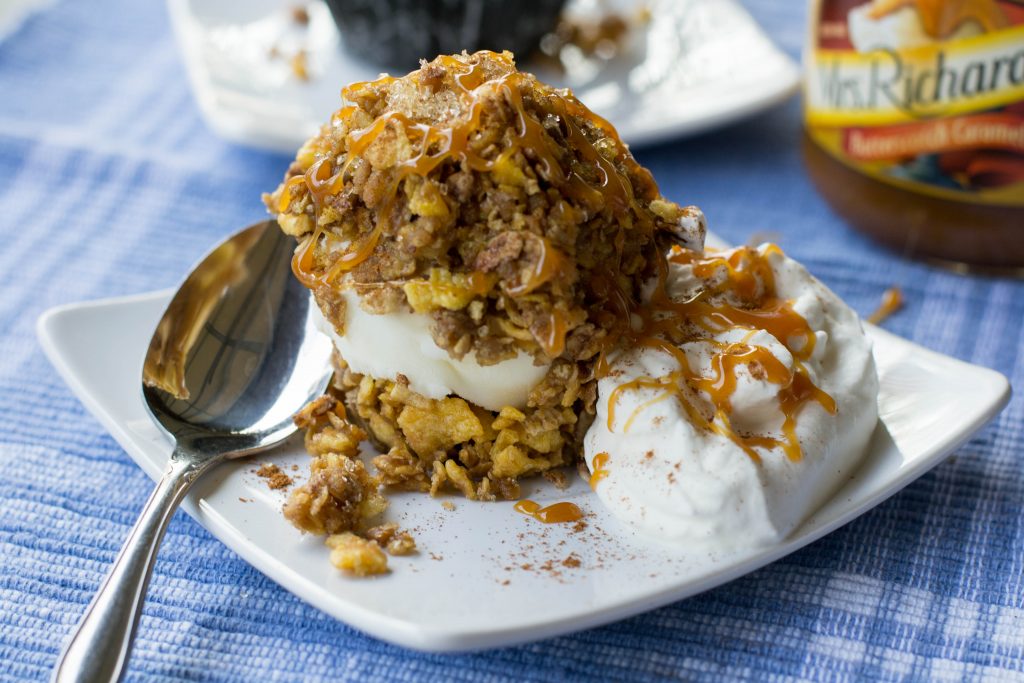 Muffin tins were the perfect vessel for my idea. Individual, using paper liners would make it easy to serve.

I used a disposable tin muffin tin. They come with lids…..I love it!

These Un-Fried Fried Ice Cream Cups were really quite easy to make and can be made in advance. In my mind that make the perfect dessert. 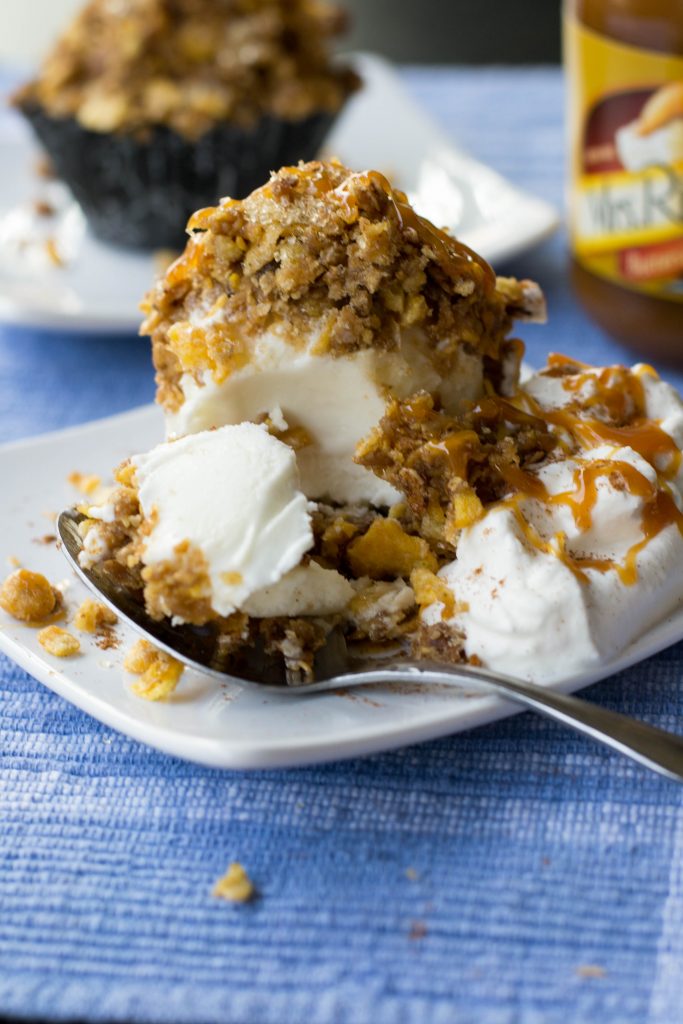 In keeping with a cinnamon flavor palate I looked for a cereal with cinnamon…..Honey Bunches of Oats Sweet Cinnamon Bunches……perfect. Not only does it have the flakes, but it has these cinnamony sweet bunches that add and additional crunchiness to the ice cream.

Just a tablespoon of a mixture of the cereal crushed, brown sugar, and butter pressed into the bottom of a muffin tin.

Top with a scoop of ice cream. Now, its no secret that we love DQ so naturally I chose vanilla DQ as my ice cream, but your favorite ice cream will be perfect. Press more of the cereal mixture all around the scoop of ice cream.Sprinkle with turbinado sugar and cinnamon, and place back in the freezer to harden. Thats all there is too it! 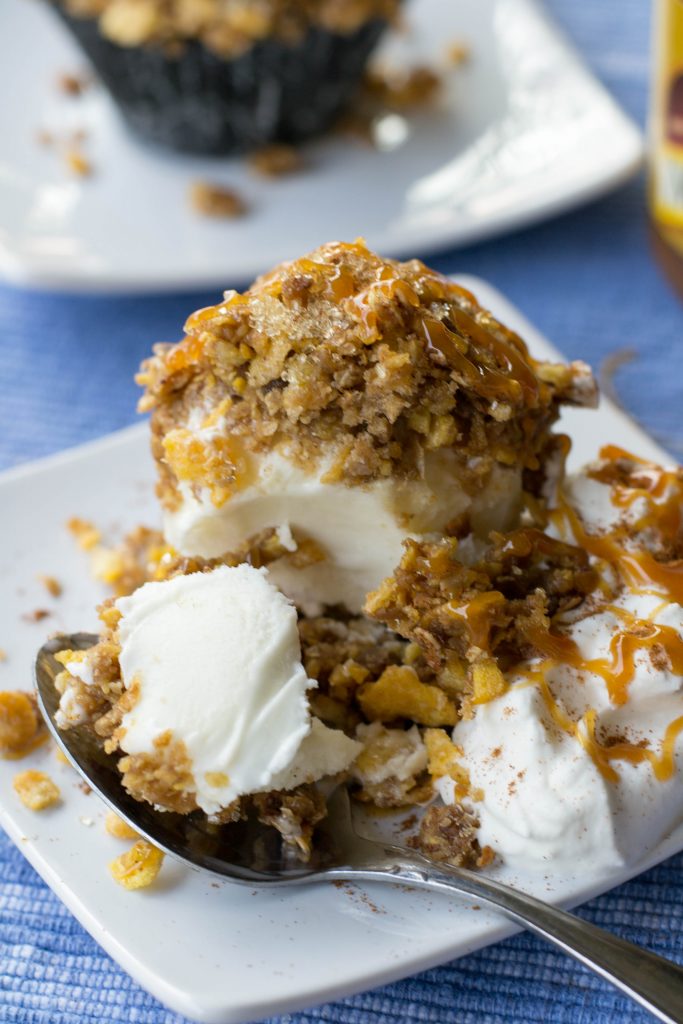 To serve, remove each un-fried ice cream from its paper liner and place on a plate or in a small bowl. Place a nice dollop of whipped topping on the side and drizzle with caramel sauce and sprinkle with extra cinnamon.

Looking for a dessert that is make ahead on a can be in the freezer for unexpected dessert guests…….. Un-Fried Fried Ice Cream Cups are your go to dessert!!!