Sometimes searching for a recipe you find something you weren’t looking for… Chocolate Chip Pizza was one of those things. 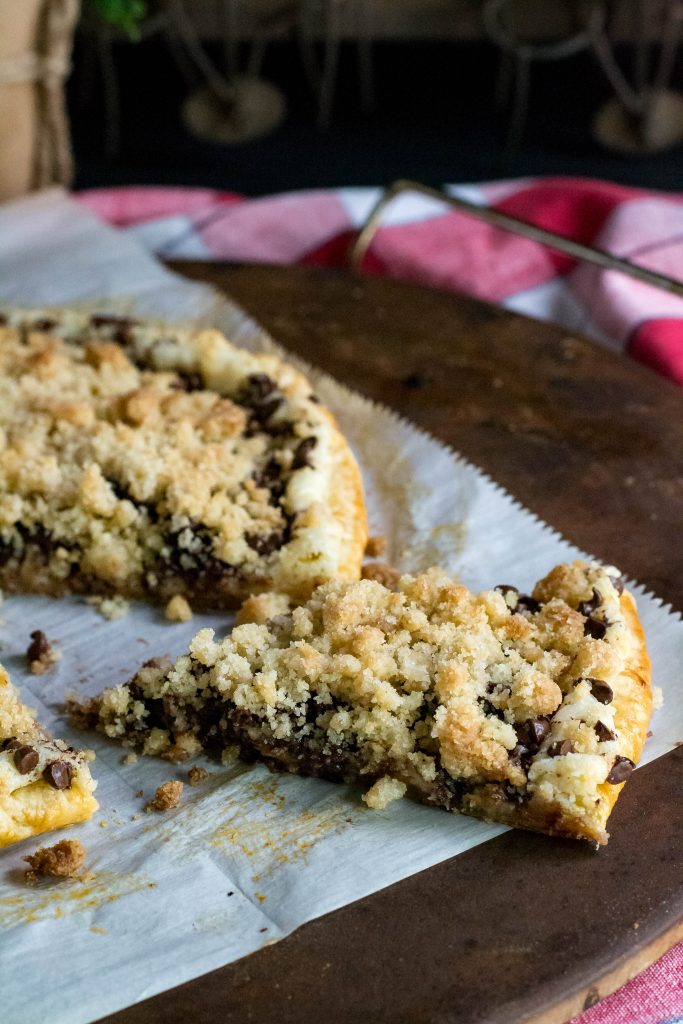 I was actually looking for a pizza recipe with apples as; lately, I have been on an apple jag.

I came across a Chocolate Chip Pizza recipe. Apparently, there is a pizza chain called “Pizza Inn“, and they are famous for a dessert pizza called a Pizzert. Catchy name!! 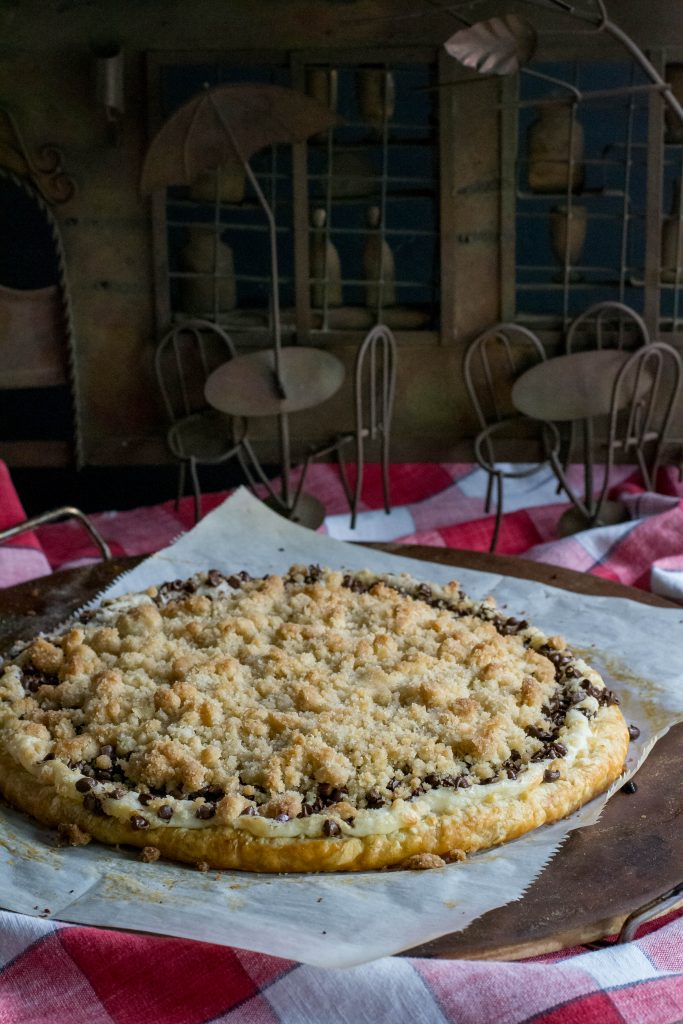 All the copycat recipes used a regular pizza crust, which didn’t sound very desserty…just saying. Puff pastry, now that’s desserty!!! So I made the swap. Roll the puff pastry and cut into a circle. Brush with an egg wash and par-bake.

The sauce a simple cream cheese sugar mixture, not unlike cheesecake, except no eggs.

The topping is chocolate chips and streusel. Not one thing not to like!!! 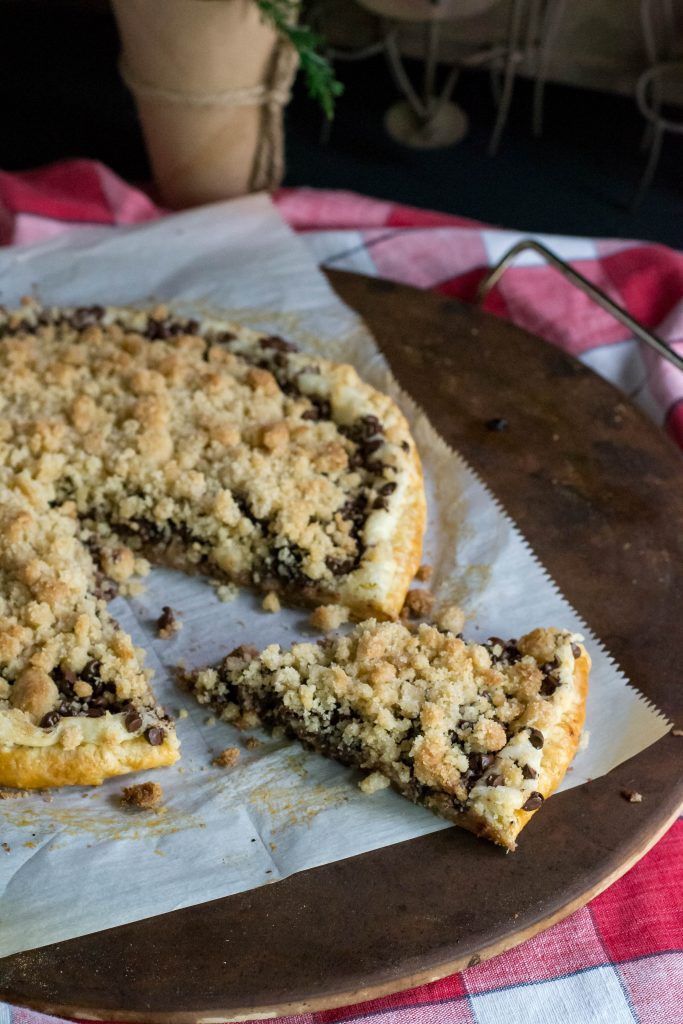 If the Pizza Inn version is anything like our Chocolate Chip Pizza, it is a slice of heaven!!!

Transfer to a pizza pan or baking sheet lined with parchment paper. Brush the entire surface of the circle with the egg wash. Pierce the circle with a fork to prevent the crust from puffing up to high. Gently fold over the edged of the circle to form a crust.

Bake crust for 10 minutes, then remove from oven and set aside while making the sauce.

Sprinkle chocolate chips evenly over top and press/spread into the “sauce.”

Melt the butter and stir in the vanilla stirring to blend, and set aside.

Bake pizza in 400F 10 minutes or until streusel turns a golden brown.