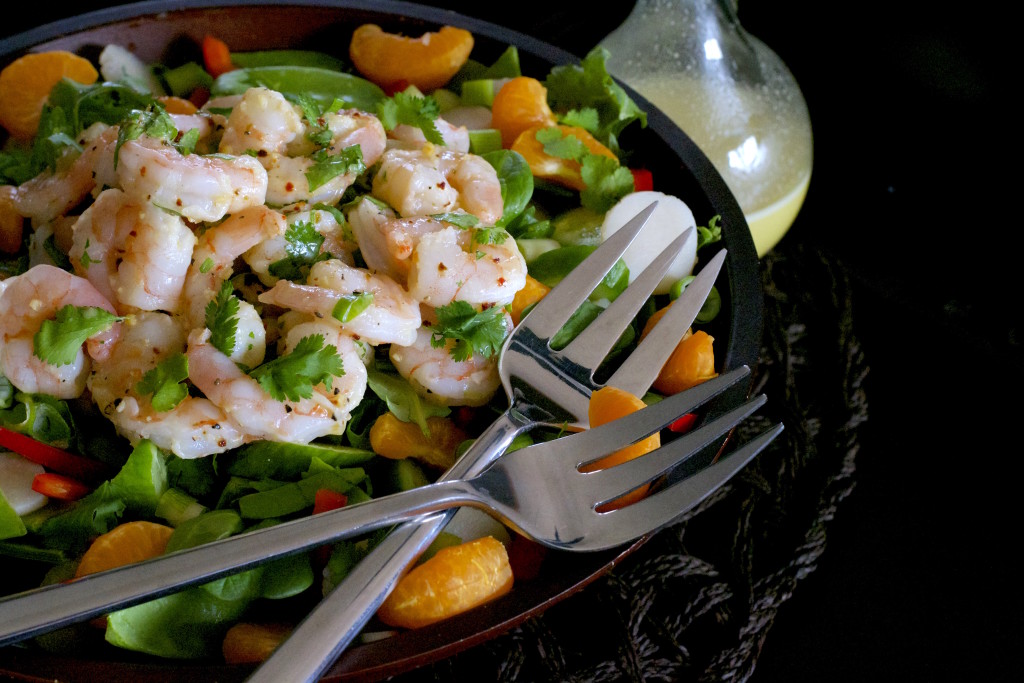 The time has come for a return to salads! Don’t worry I still have lots of carb laden and sugar heavy recipes in reserve, but sometimes the body says enough is enough.

Tim and I were talking about salads and what we might put on one. We both love “Cuties” ………you know, the little Clementines….easy to peel, in the box or bag with the smiley little orange face…..so cuties had to be in the salad. 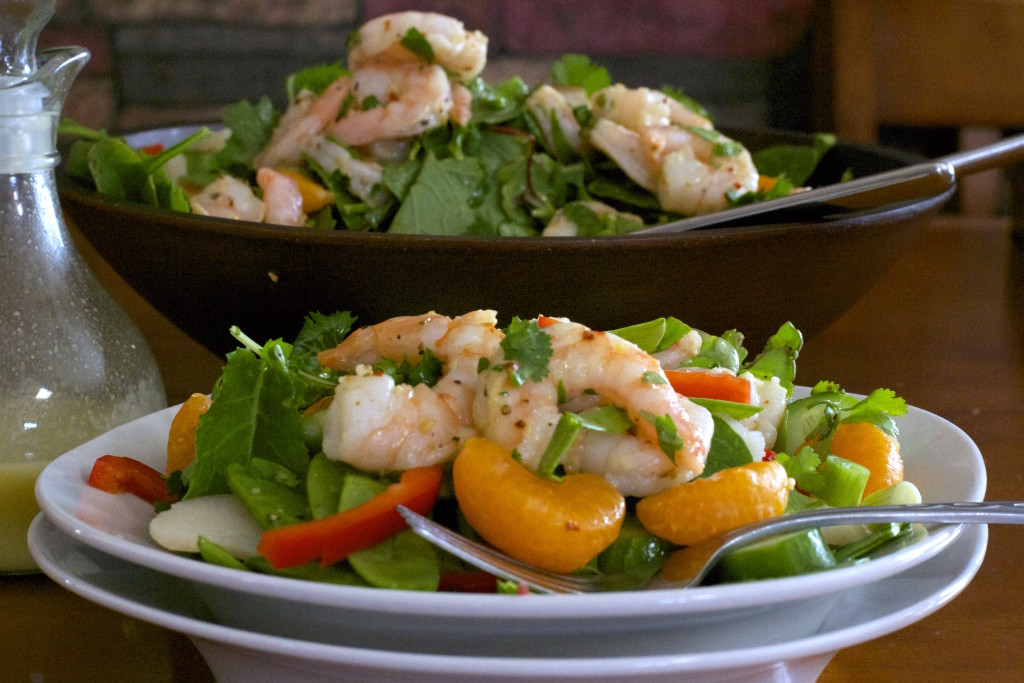 But what else, as Tim said we have chicken all the time in salads lets have something different, he suggested shrimp…..hmmmm.

Base of mixed greens….of course. At my local grocery store they have a mix called Power Greens……organic kale, spinach, arugula, green and red chard. I’m sure I am missing a few, but you get the idea. These types of greens are not only great for you, but hold up really well in a salad.

I marinaded the shrimp in a couple of tablespoons of the dressing, some green onions, and cilantro while I chopped the veggies……just to add a little extra flavor to the shrimp.

The rest of the ingredients were tossed together, the shrimp sat atop the Power Greens, veggie “Cutie” throne.

The taste was light and fresh…..just what we needed to lighten us up…….. 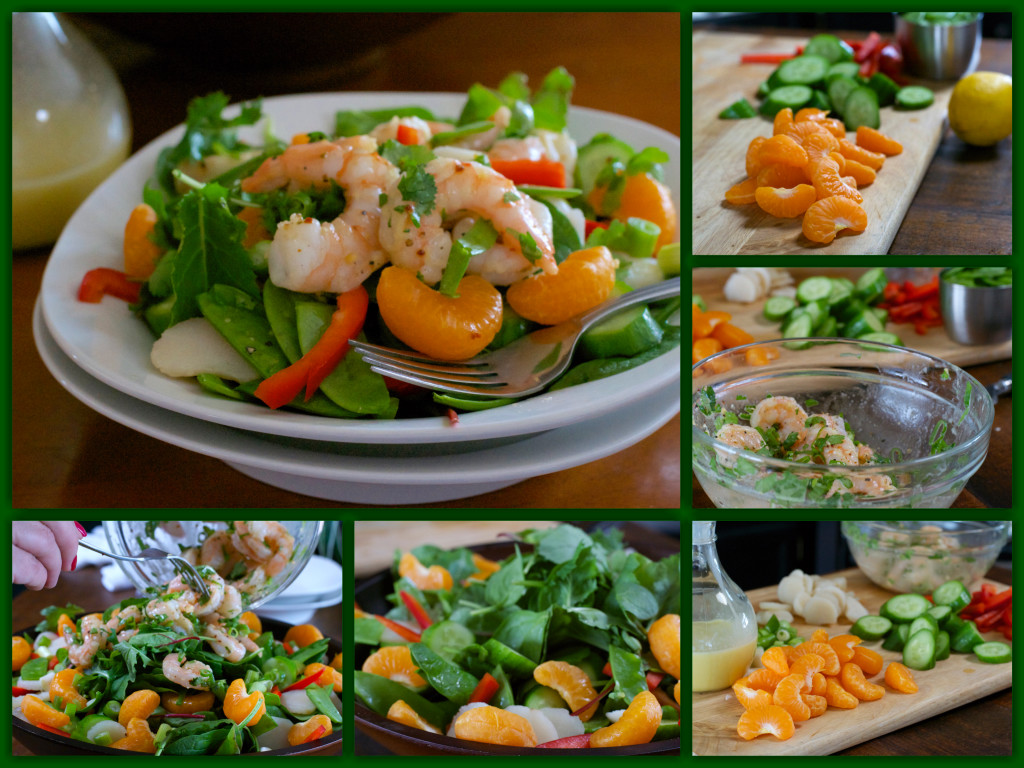