Summer is almost officially over….:( but there are still summer veggies to be had and fall veggies coming into their own. Shrimp Corn Veggie Chowder is a perfect way to usher out summer and embrace fall. 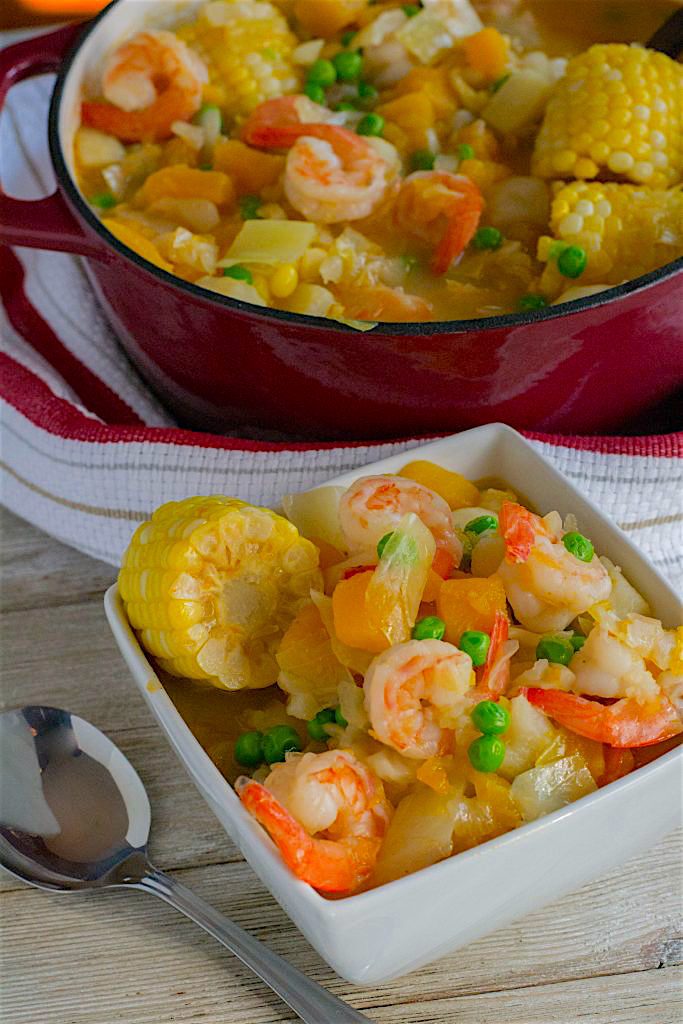 For a few weeks I was sure that fall was coming early. It was downright chilly out. Alas though we are having an Indian Summer…….its downright hot!!

For those few cool weeks I was thinking and craving soup. So off to Pinterest I went….. 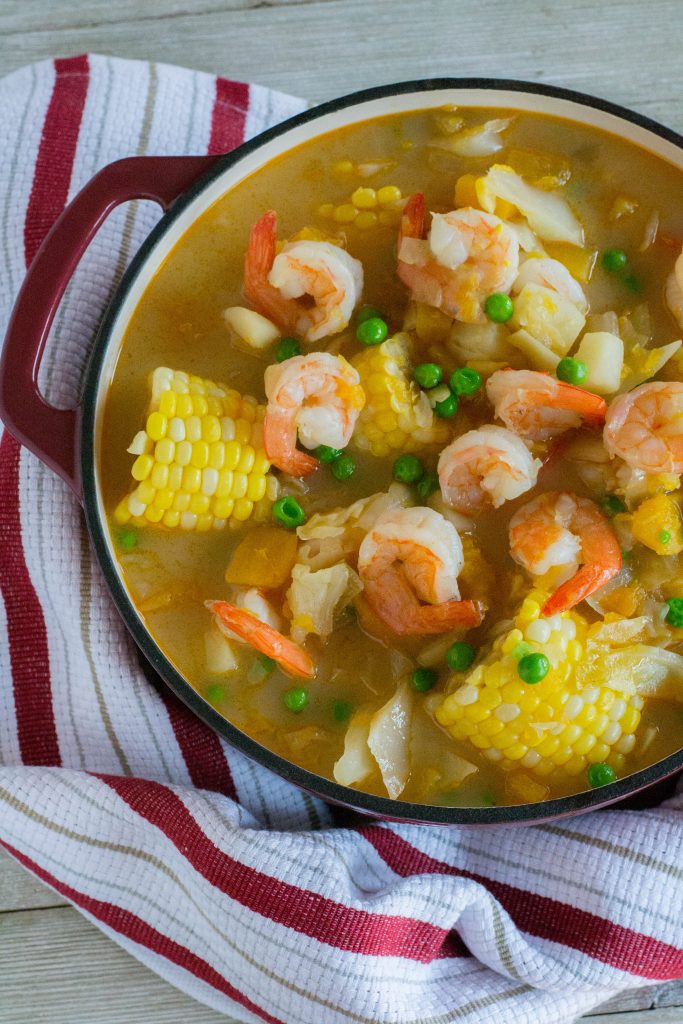 In Tim’s line of work he travels quite a bit and many of the places he services have quirky things they sell. We buy local honey from one of his accounts that was devastated by a tornado in 2015.

The owner and about a dozen patrons rode out the storm. Grubsteakers on the corner of Route 251 and Route 64 in Rochelle rebuilt and continues to serve customers in the same location. 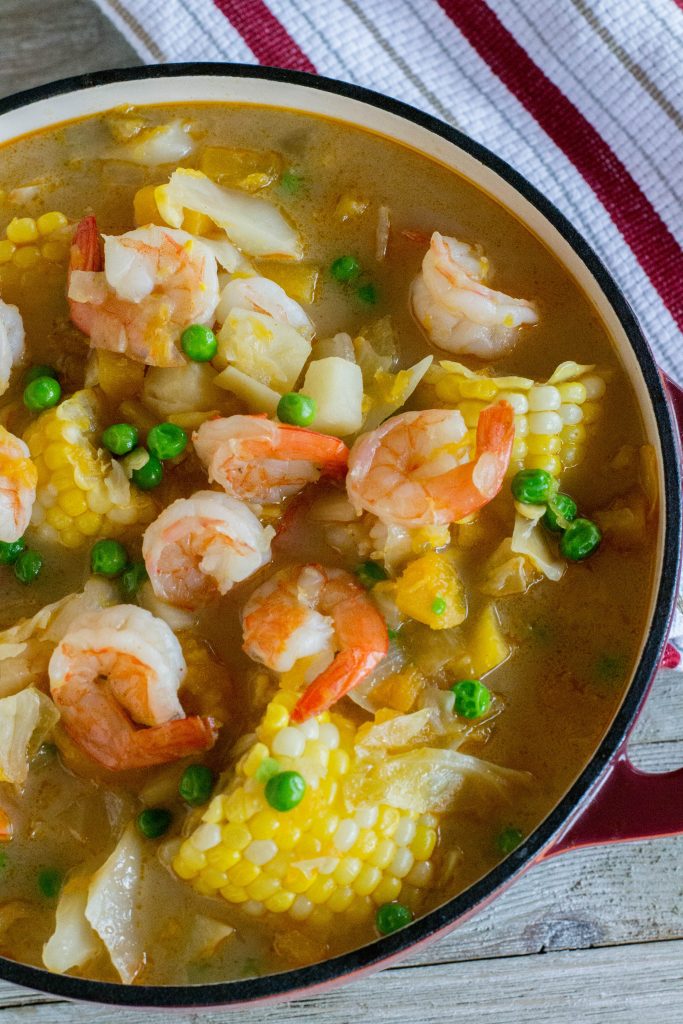 A local farmer sells produce at the location and still has sweet corn…score. Since the recipe I was trying needed sweet corn….on the cob. The corn was sweet and delicious.

Shrimp and corn go together like Taco’s and Tuesdays.

The recipe also called for butternut squash. Let me say this about that…..I love butternut squash, but it is a pain in the ass to peel and cut. Praise God we live in modern times when you can have this done for you!!!

I used a pre-diced bag of butternut squash, and pre cut cabbage. Not that cabbage is hard to cut, but my lazy side can kick in pretty easy….just saying. 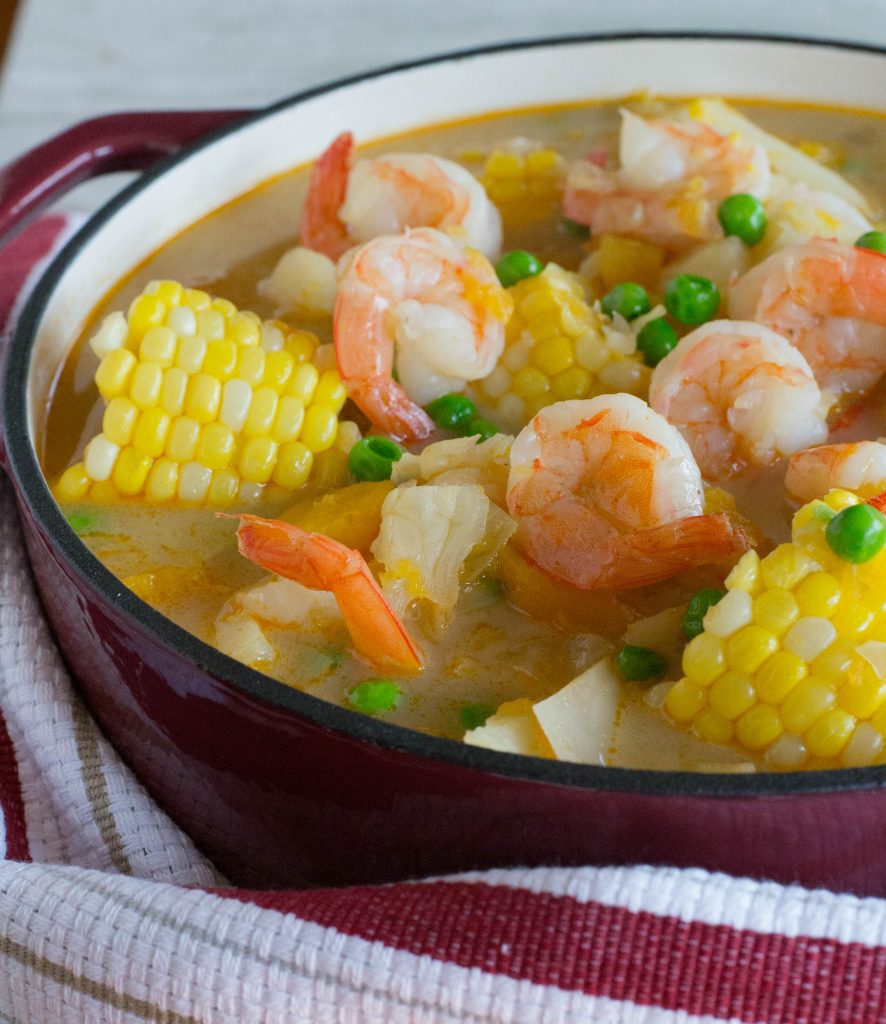 The spice combo from the original recipe from Food and Wine  Peruvian Shrimp and Corn Chowder of cayenne, paprika, and cumin with a dash of hot sauce, was just right so I left it alone.

I substituted stock for water and coconut milk for the heavy cream. I did not have frozen peas and I normally would have tried to sub something else, but I ran to the store and I’m very glad I did. 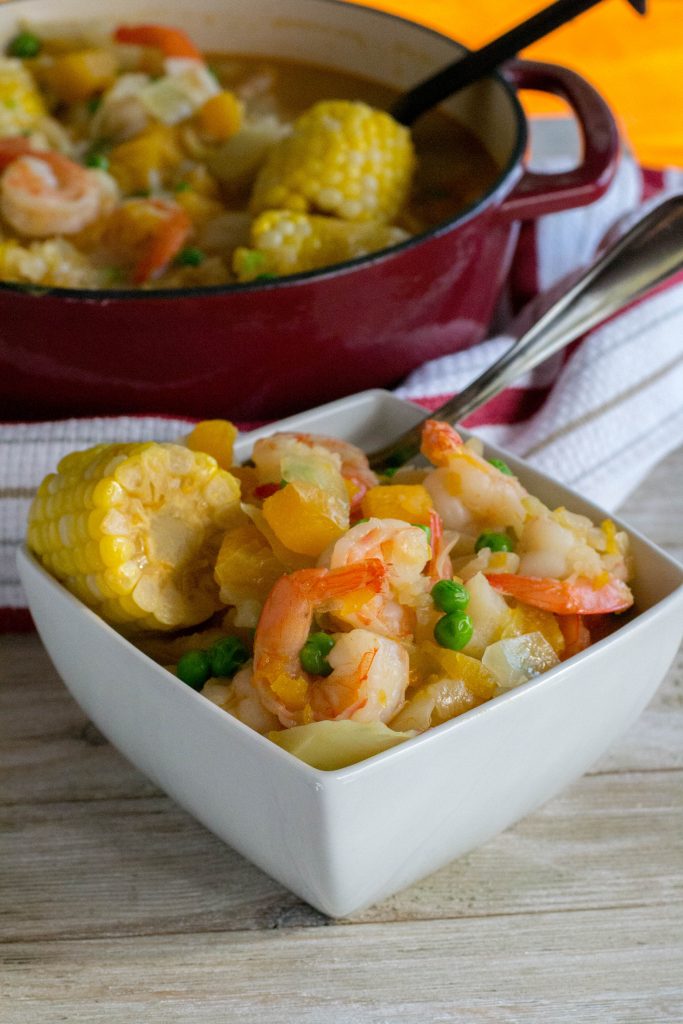 The sweet pea green gave the chowder the perfect color pop. Even my pea hating husband sad they were the right choice.

Leaving the tails on the shrimp and the corn on the cob made this a messy chowder, but as Tim said messy but marvelous. Have a side plate handy for the tails and cobs when you serve Shrimp Corn Veggie Chowder.

The original recipe used heavy cream, but I used coconut milk as I had a partial can left over. If you have an issue with dairy the coconut milk is a perfect substitute, but I’m sure heavy cream is delicious also. 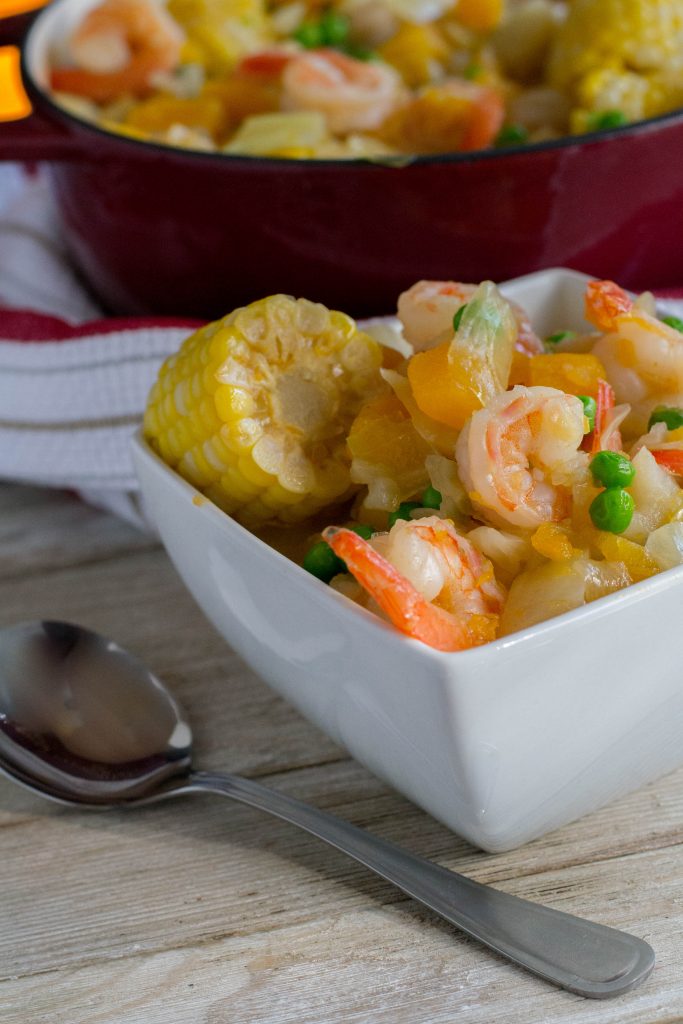 Shrimp Corn Veggie Chowder was easy to make and was the perfect chowder to satisfy my “soup” craving. Will definitely be making this again.