A new twist on one of my childhood favorites……Goulash! Chicken Goulash with Buttermilk Dumplings. 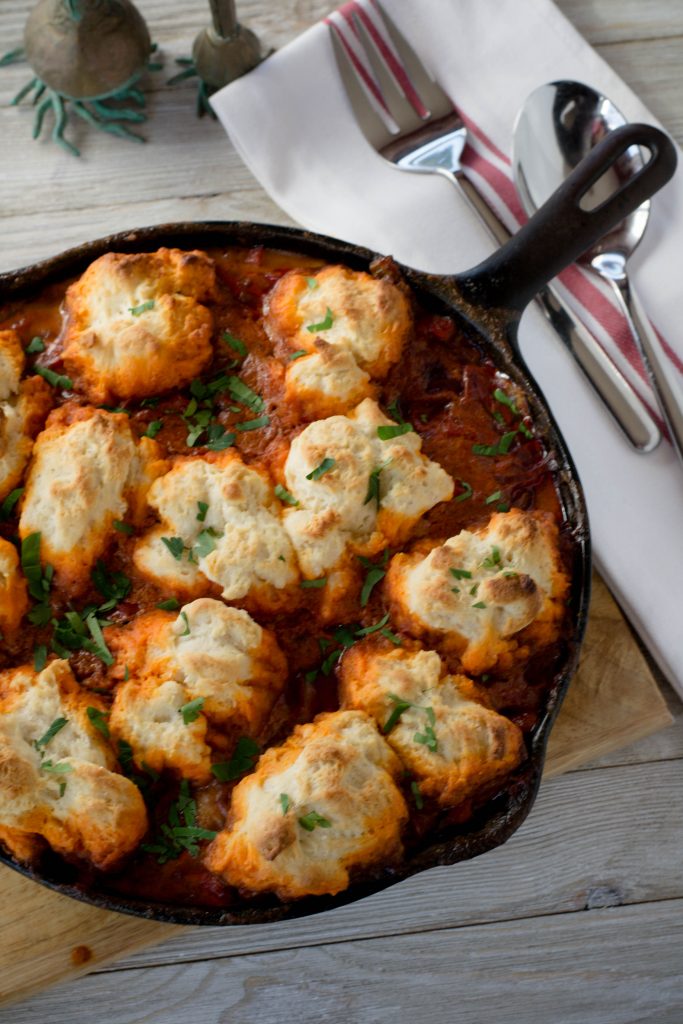 Growing up we were pretty poor, so stretching a buck was an art form. We had a lot of hamburger, which when I was growing up, was really cheap. We also ate a lot of pasta…..ok elbow macaroni. Goulash was on of my favorite meals. My Mom wasn’t the greatest cook, a wonderful baker, not so much on day to day cooking, but she rocked goulash. Her secret ingredient was brown sugar. It was jus the right amount of sweet with the tomatoes.

To this day I still enjoy that sweetish goulash with, as Tim calls it butter bread. Butter bread is just bread with butter (a lot of butter), that sometimes is broiled (thats the best)! 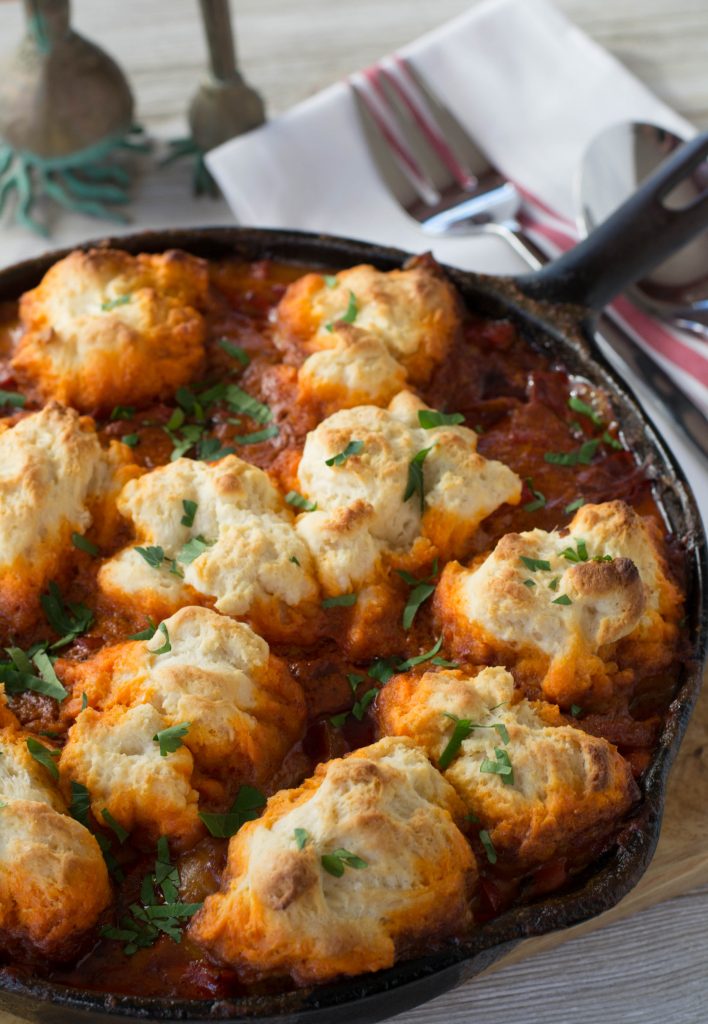 But how to make goulash fresh and new again? Use chicken! I chose chicken thighs for the extra moisture dark meat has, and I like boneless skinless for a shorter cooking time.

Instead of the total tomato version I grew up with, I decided to try a paprika version. I did still use some tomatoes …….can’t change everything. The thighs were browned, then onion, red pepper, garlic, paprika, caraway seeds, and the tomatoes were brought to a boil with chicken stock, and a bit of sour cream to give it a creamy base. 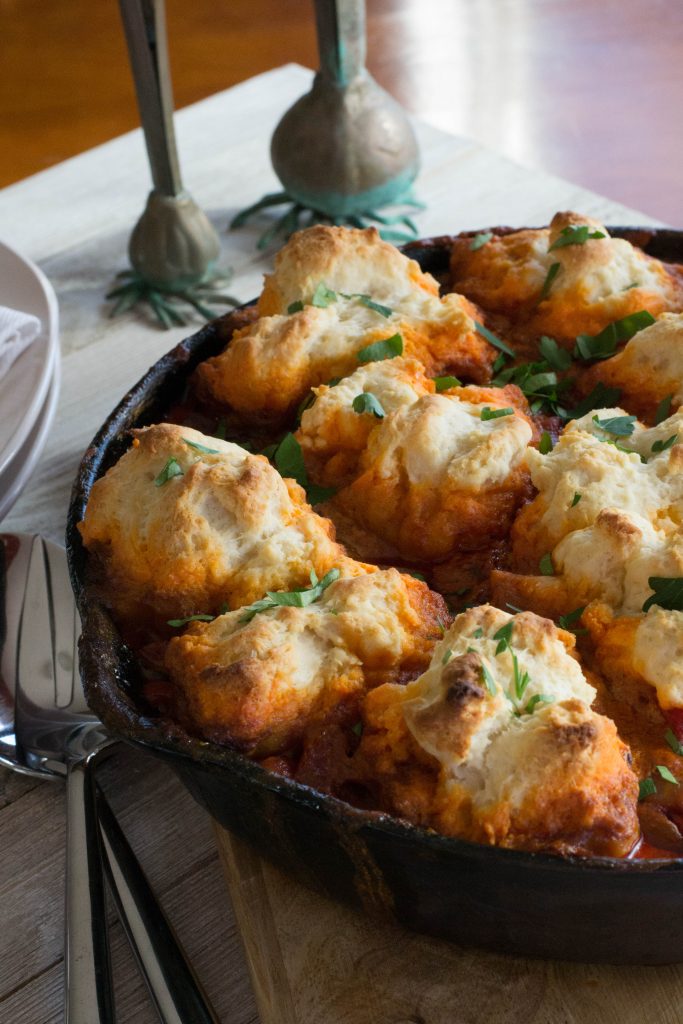 How and what was I going to make for butter bread? Buttermilk biscuits dropped on top….dumplings, there was enough sauce to support them. Don’t tell Tim, but they were almost better than butter bread….shhhh! 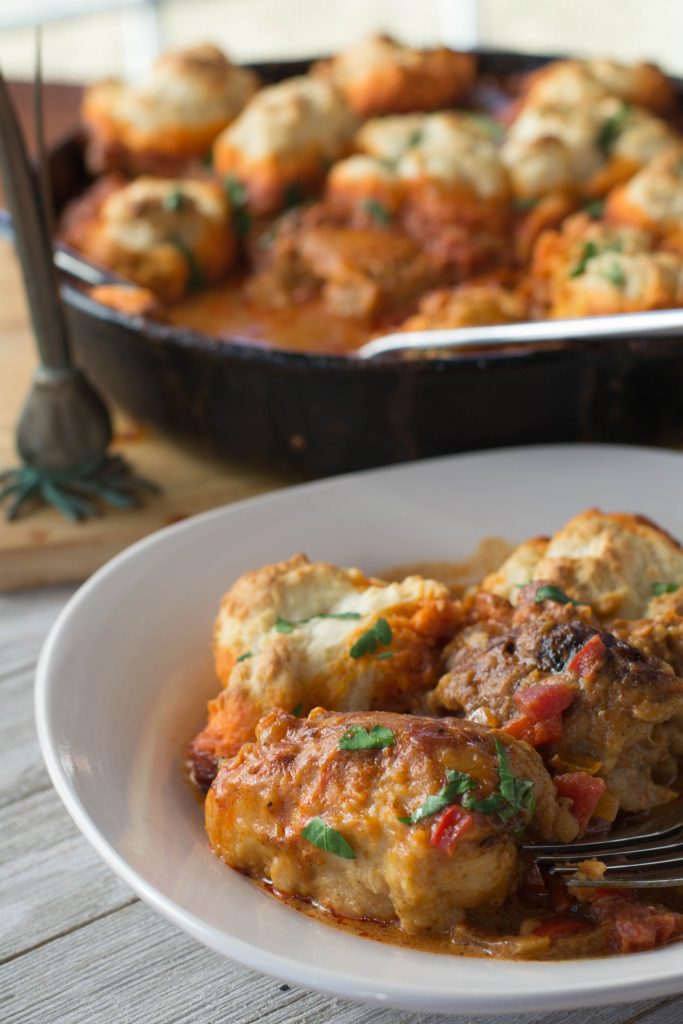 I used a cast iron skillet, but any oven proof skillet will do. Dredge the chicken in seasoned flour, I had some left from another recipe, but you can easily make your own with salt, and pepper. Brown the chicken in butter and coconut oil. Remove the chicken, and in the same skillet, cook the remaining ingredients. A little bit of sour cream gives the dish an added creaminess. Return the chicken to the skillet, top with the buttermilk dumplings, and bake until the dumplings are golden brown. Garnish with parsley if desired. Comfort food at its best. 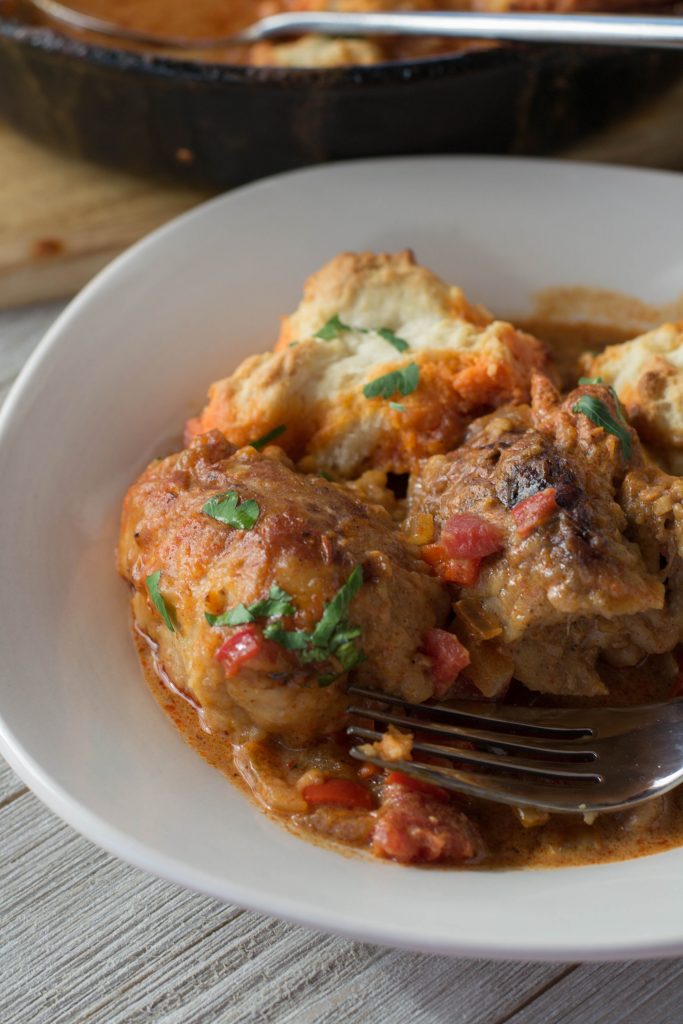 While this is a far cry from my poor girl goulash, Chicken Goulash with Buttermilk Dumplings is a tasty update to a childhood favorite.