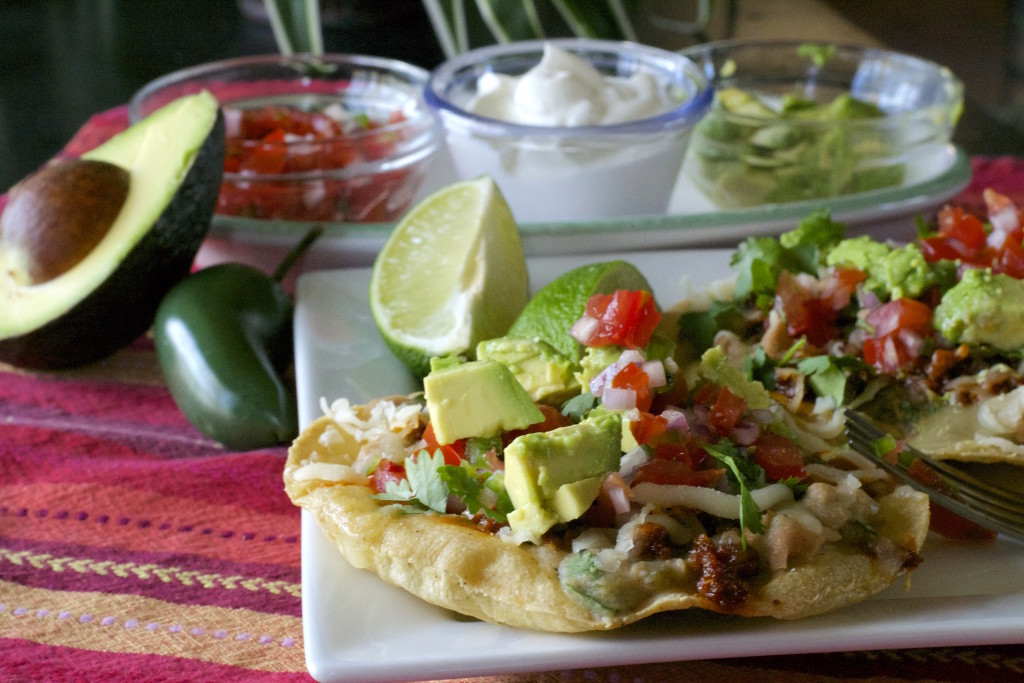 When we originally planned this recipe, it was going to be …….you guessed it a pizza! We wanted to incorporate salsa verde, and chorizo and make a pizza.

Now, I am not trying to be a food snobby bitch, but some pictures of food that I see on the internet are less than appealing. The salsa verde/chorizo spread on a pizza dough was not an appetizing sight…….I could not put something that looked like that, in front of you!!!!!
I needed to make it more visually appealing……you all eat with your eyes…..I know we sure do.

Pizza was on the back burner ….sorta. A tortilla makes a nice thin pizza-ish crust. Ok ,Ok ……it’s a tostada…….let a girl have her pizza fantasy! I just sprayed them with coconut oil (you can use any cooking spray) and popped them into the oven to crisp instead of frying them…..calorie saver. 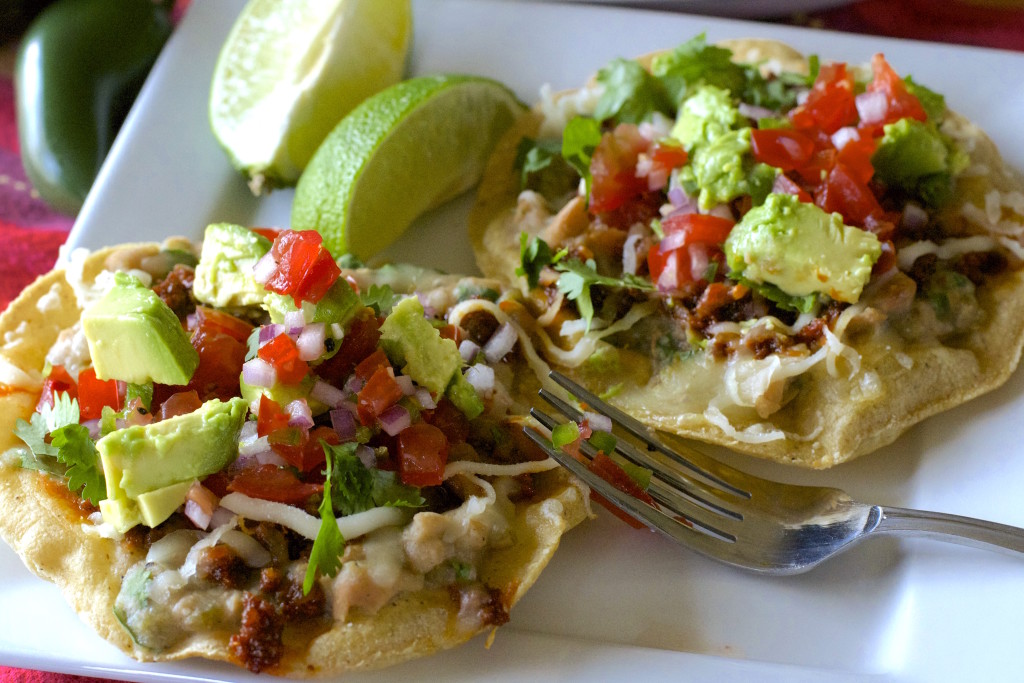 So my “pizza” was using roasted salsa verde for it’s sauce. It’s kinda chunky thin, so I mashed up some pinto beans into the salsa , it was after all, really a tostada.

Now about chorizo…..its easy to prepare and comes in small tubes. Just cut the end off and squeeze it into a hot pan. It’s kinda like sausage, cook it over medium heat, a little liquid will cook out and boil away at first, this is normal. Cook until it is firm and crumbly. Mexican chorizo must be cooked before using it ……it’s raw meat!!!!

The result is tangy, spicy, meaty, aromatic and absolutely delicious. It was the perfect “pizza” a.k.a. tostada topper. I didn’t want to overdo the toppings, so all that was left was cheese. I bought a Mexican cheese and the package called it Quesadilla cheese, but you can use whatever your favorite cheese is. Back into the oven to melt the cheese. It came out perfect! 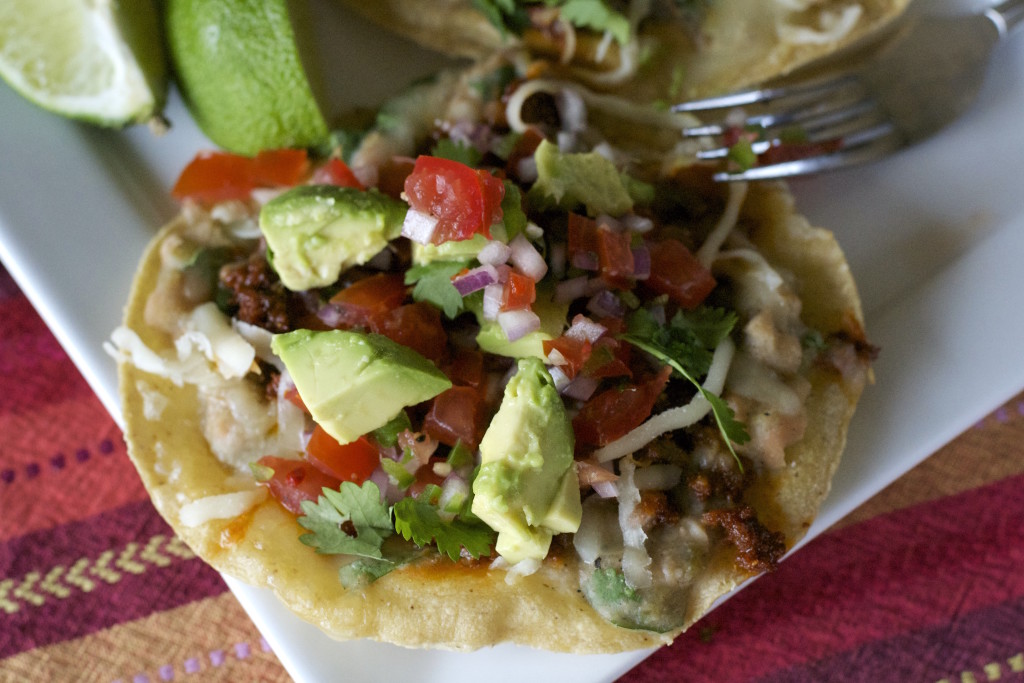 We used pico di gallo on top and sour cream, avocados, and cilantro for garnish.

Not only was it super yummy…….spicy from the chorizo, creamy from the pinto bean salsa verde mixture, and cool from the pico di gallo, sour cream and avocado, but it was a great thin “pizza” tostada!! And the pictures are worthy of all of you!!!