Clinging to the last little bit of summer, I know it’s officially over, but a nice batch of Corn Chowder uses the last of summer sweet corn, while a nice chowder ushers in fall. 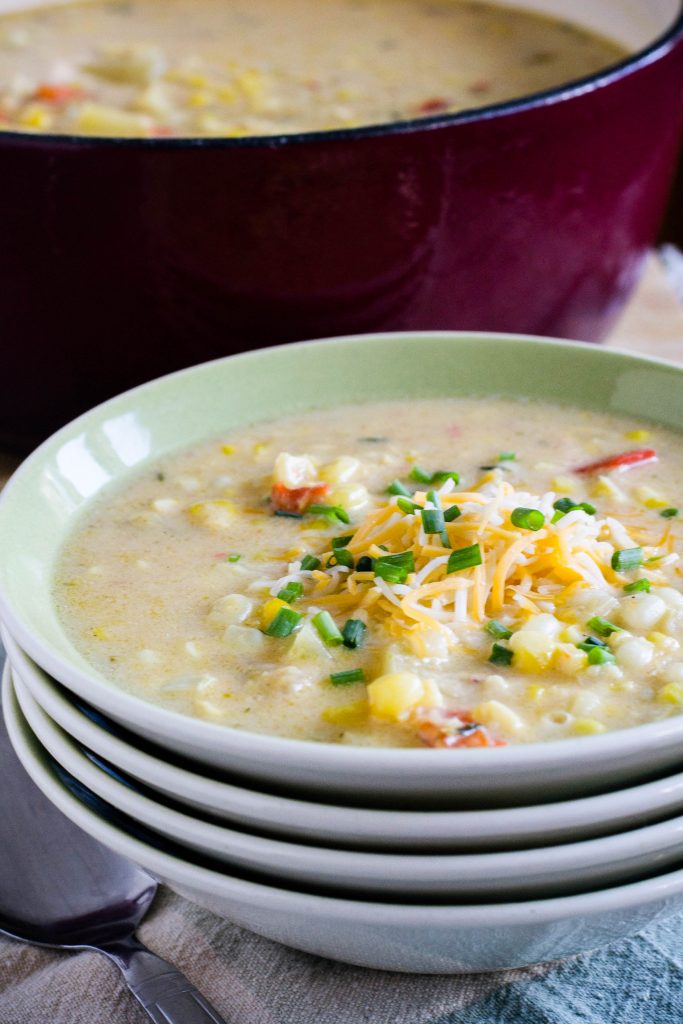 I think I have mentioned in past posts, that even as a kid my favorite veggie was corn. It was usually from a can and I would eat it right out of said can if allowed, I usually was not allowed 🙁 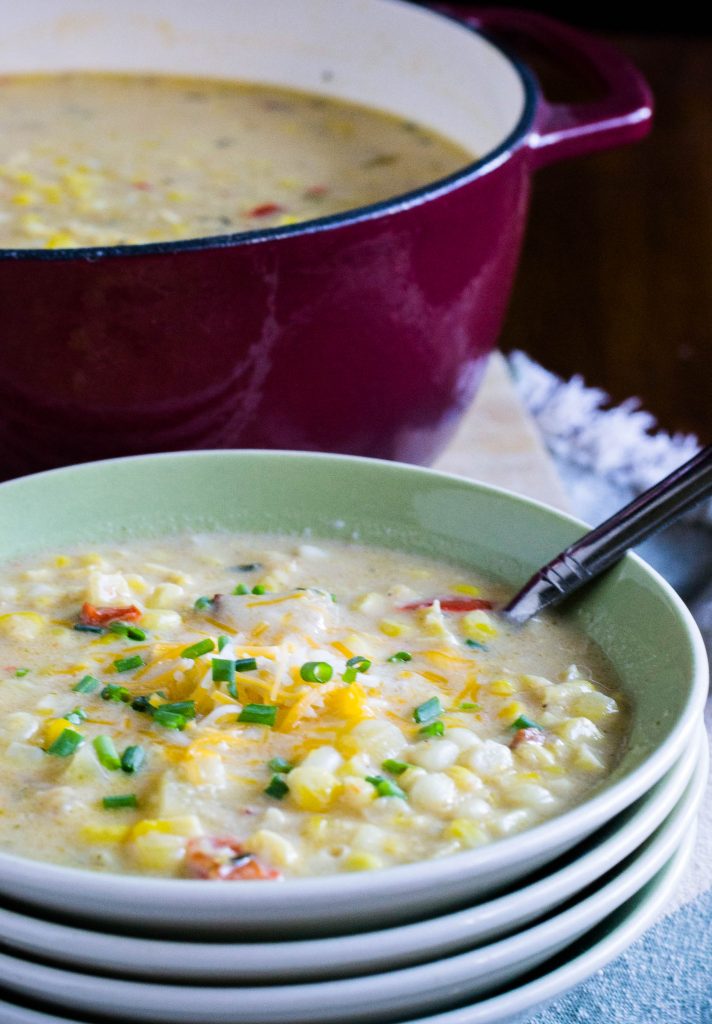 Corn is one of the few veggies I don’t mind if its from a can, frozen, but I prefer, as with most veggies, fresh. This years sweet corn was really wonderful. I made so many dishes using corn this year my family was starting to wonder? 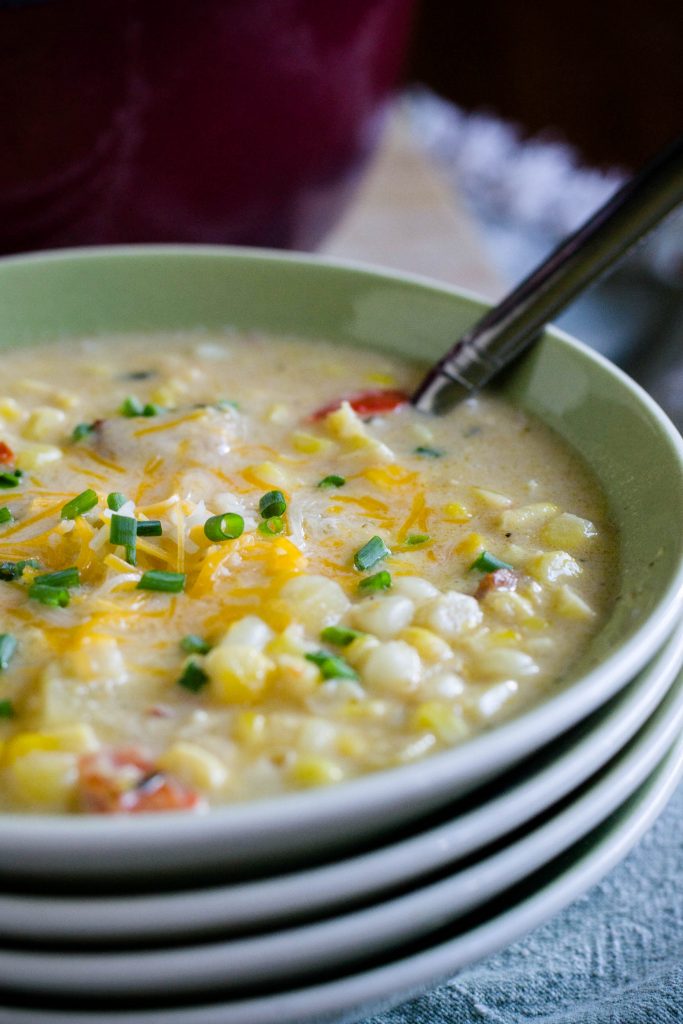 Corn Chowder is hearty, but still light, pair with a sandwich for those who need a more substantial meal, or serve with a salad and a nice loaf of bread for those with a lighter appetite. 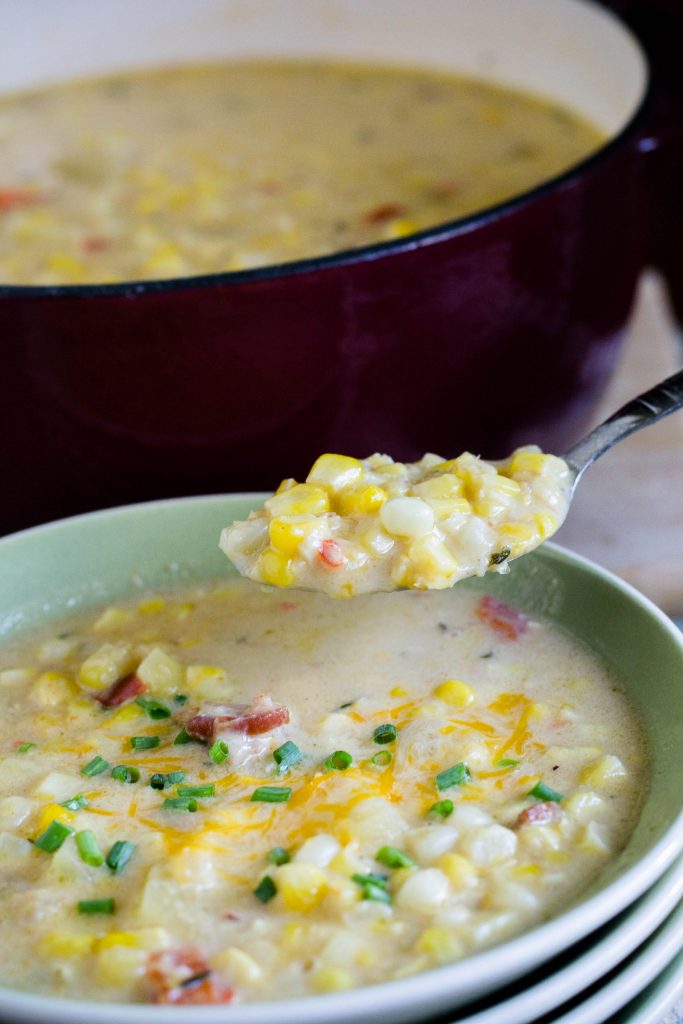 Bacon, onion, and red pepper are sautéed until the bacon begins to brown. Adding flour to the fat let off by the bacon makes a tasty roux to start the chowder.
Chicken stock adds a depth of flavor. I like stock better than broth for most things. Stock has a richer, better flavor. Corn, and potatoes, with a bayleaf, thyme, and garlic are added and cooked until the potatoes are just tender. 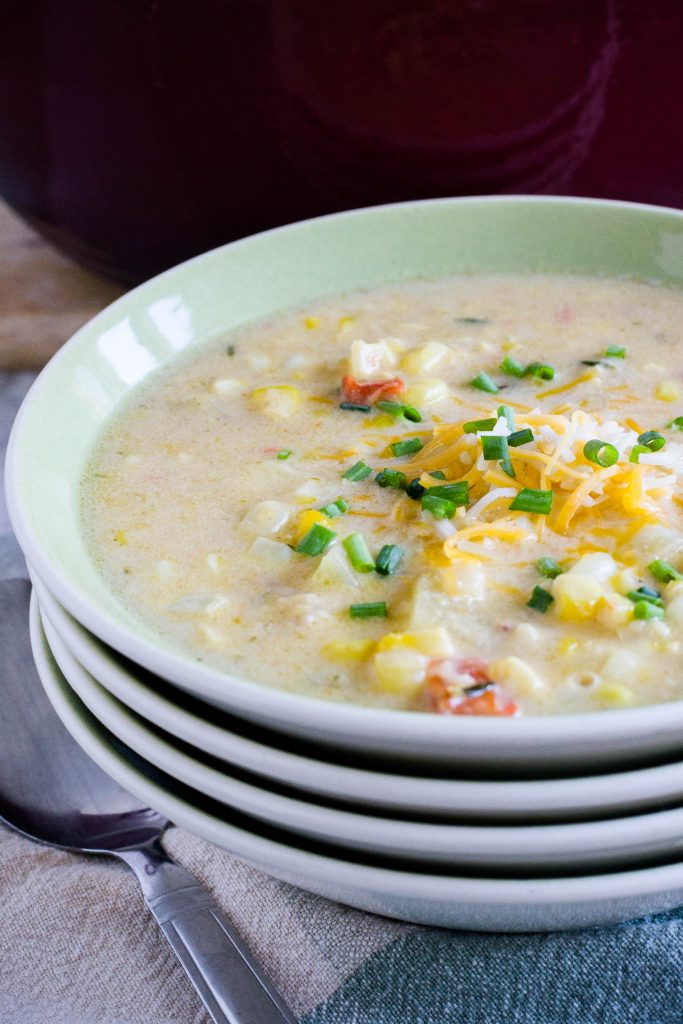 Blending several cups of the chowder is a start to a creamy base. Adding half and half finishes the creamy and just a touch of honey puts a sweet touch to the end.

A garnish of shredded cheese, I used a cheddar blend, but the choice is yours and some sliced green onions are the perfect finish. 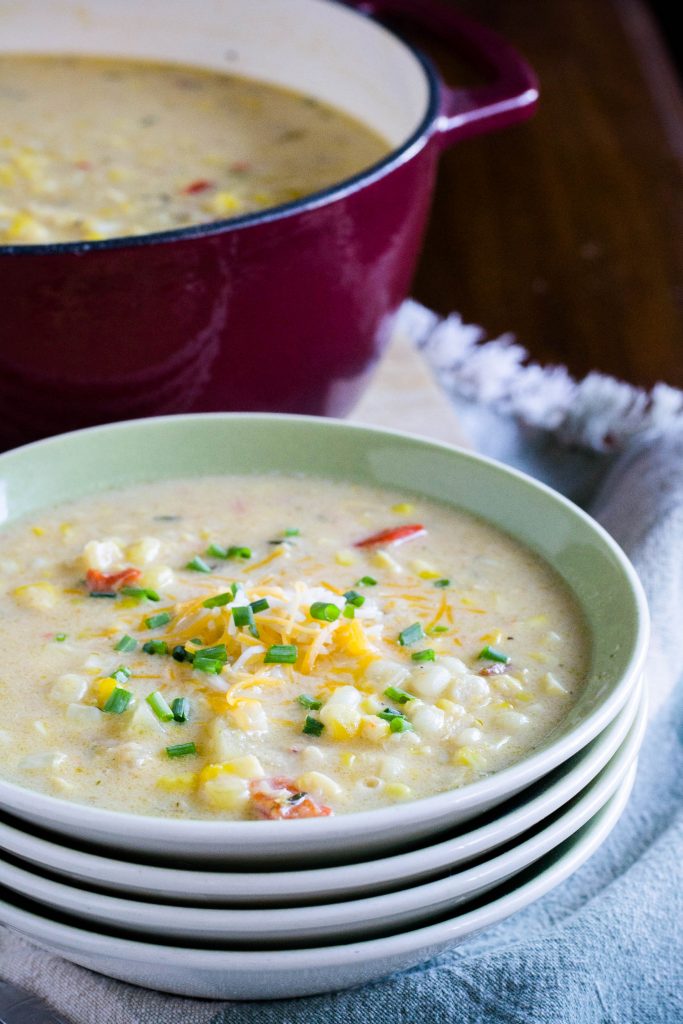 End of summer, start of fall, Corn Chowder has it all!!!!