In the three plus years I have been blogging, Shrimp Burritos with Poblano Pepper Jack Sauce has been my biggest challenge to date….whew!!!! 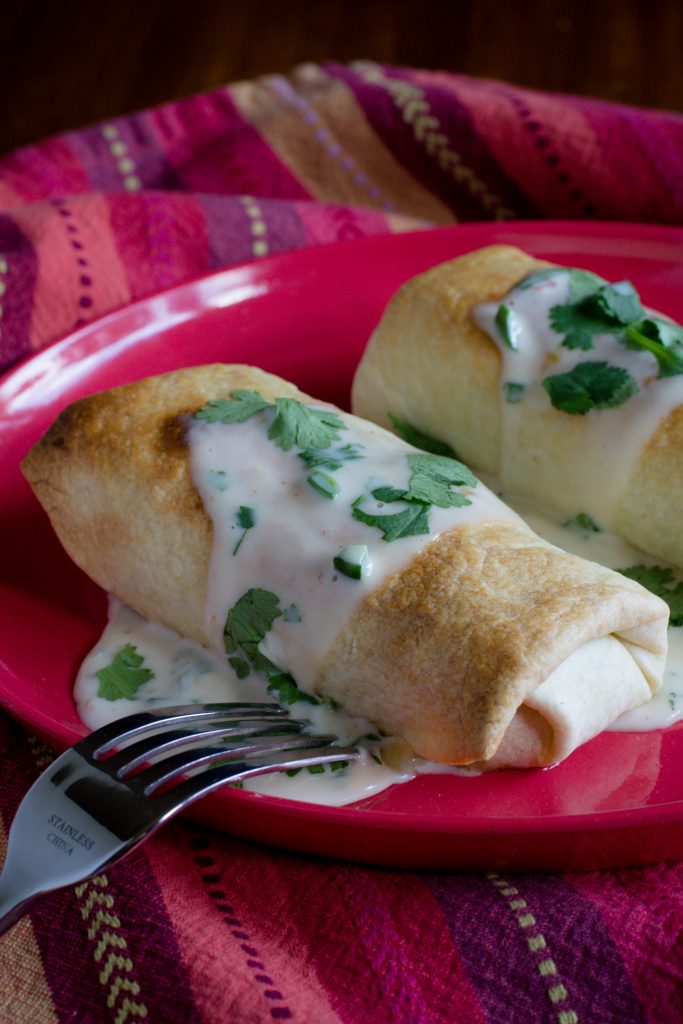 I think I remade this recipe like a million times. I exaggerate , but It was kinda little the three little bears, this ones too big, this ones too small, and this ones just right. 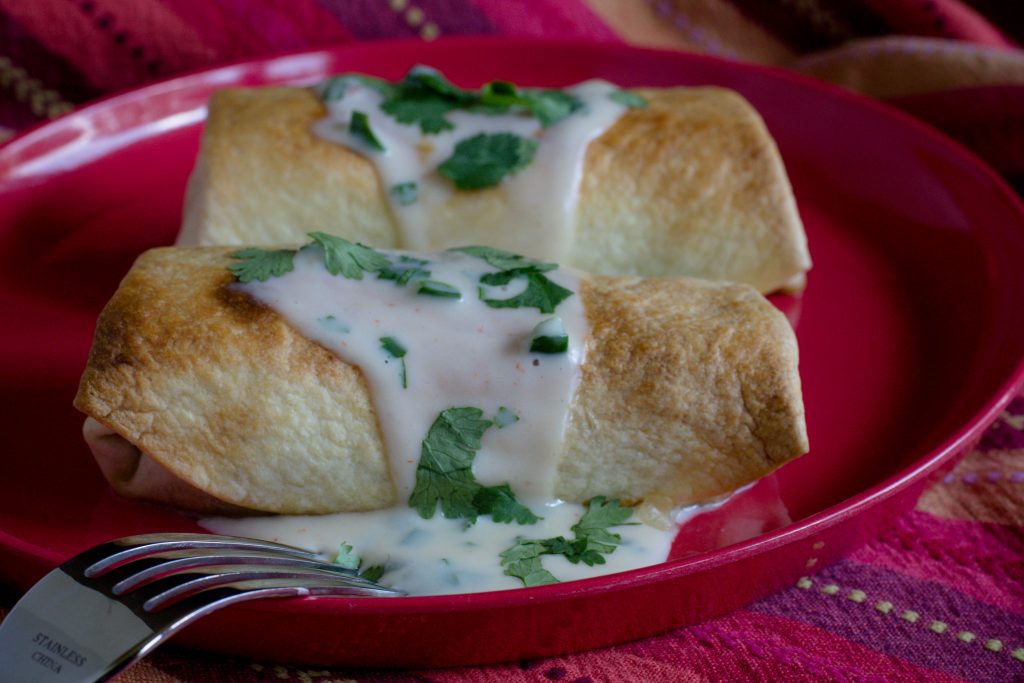 The sauce and the filling were not the problem. First I though, enchiladas would be awesome……well, not so much. For me enchiladas need corn tortillas. In this recipe, the taste was off a little and the corn tortillas just fell apart. It was a hot mess.

Then I tried a new product I saw from Old El Paso, these cute little flour tortilla boats. I thought they would be perfect. I could put the filling in the boat with sauce and bake. Sad story number two, 🙁 they did not retain their shape…..again a hot mess. 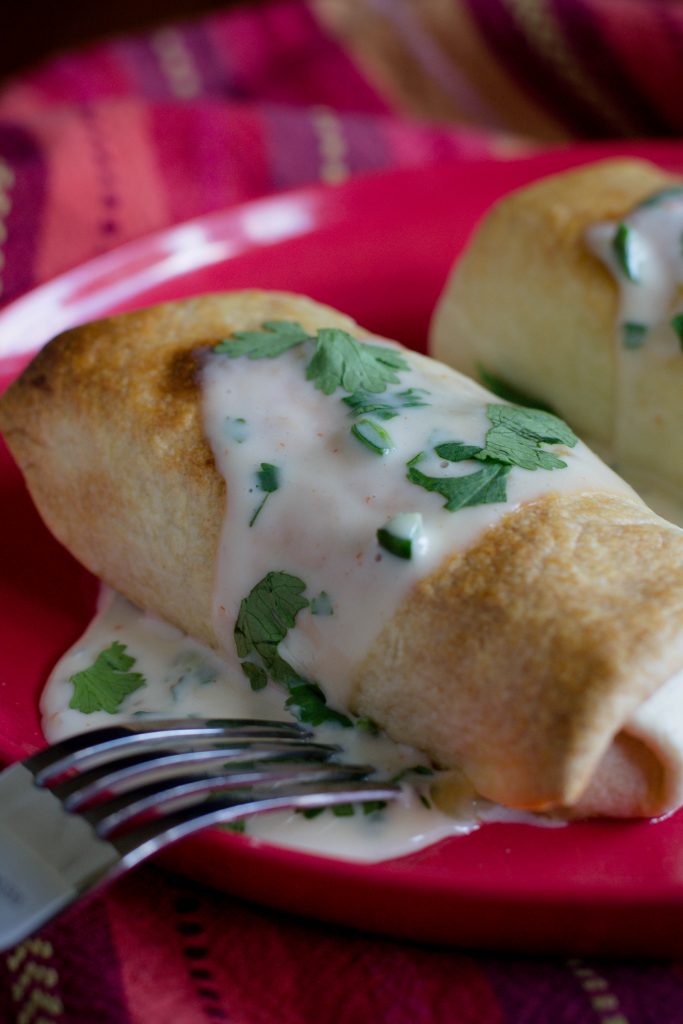 So, third times a charm???? It was, burrito style. All the yummy shrimp and spinach filling……oh did I forget to say something about the shrimp? I adore shrimp, so while I’m bemoaning having to prepare this dish so many times, having to eat shrimp that many time……..oh the sacrifice !!! 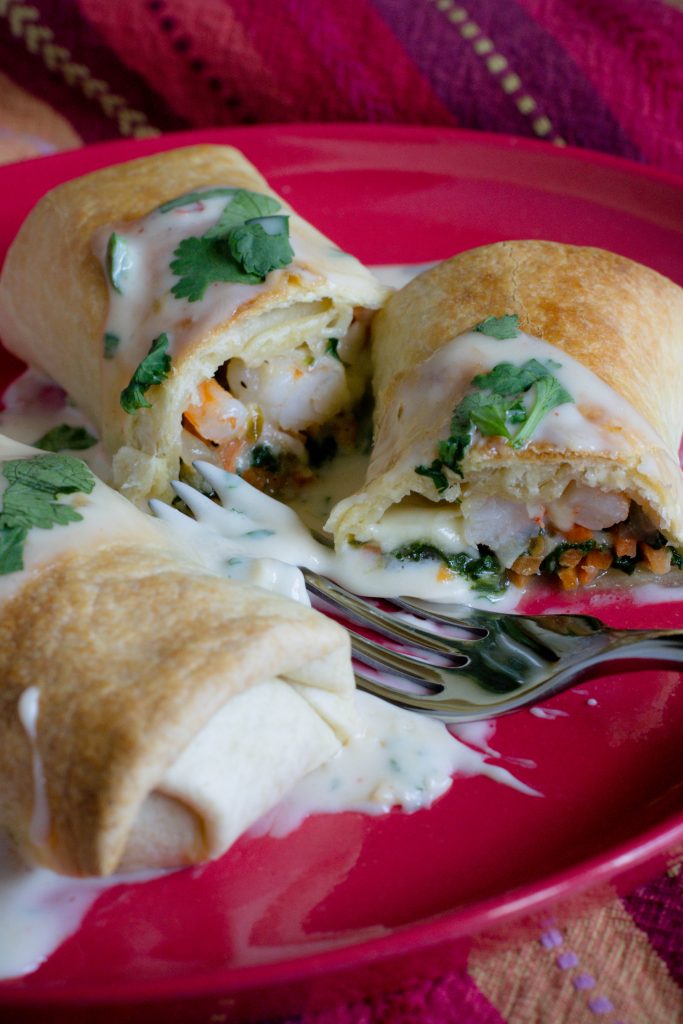 The filling was super simple and super tasty, onions, carrots, and peppers, sautéd, then nice big bunch of baby spinach just wilted, and of course the shrimp.

I chose a smaller shrimp so I could leave the shrimp whole and still be able to roll them in the burrito. 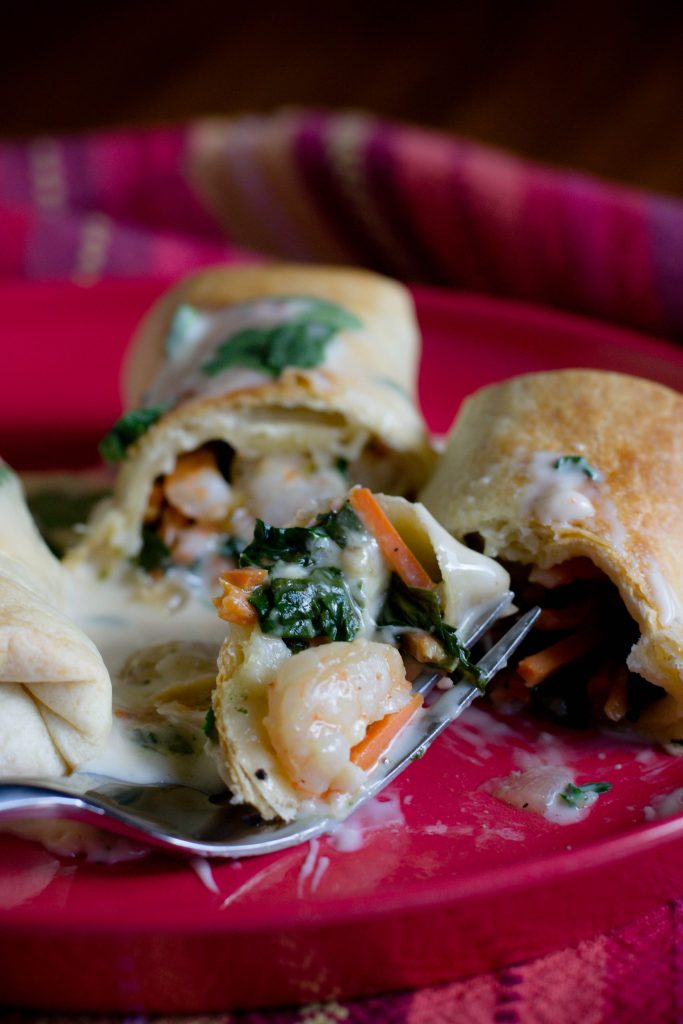 Now about the sauce, I will admit that I have never tried a fresh poblano before, I don’t know why, but I always assumed they were hot. But such is not the case, they have the perfect amount of heat, plus a beautiful green color, that was the perfect complement to the light colored sauce.

But as you all know, we do need that hint of spice at our house, so the filling has just a touch of Sriracha sauce. You can leave it out if you like, but give it a try. 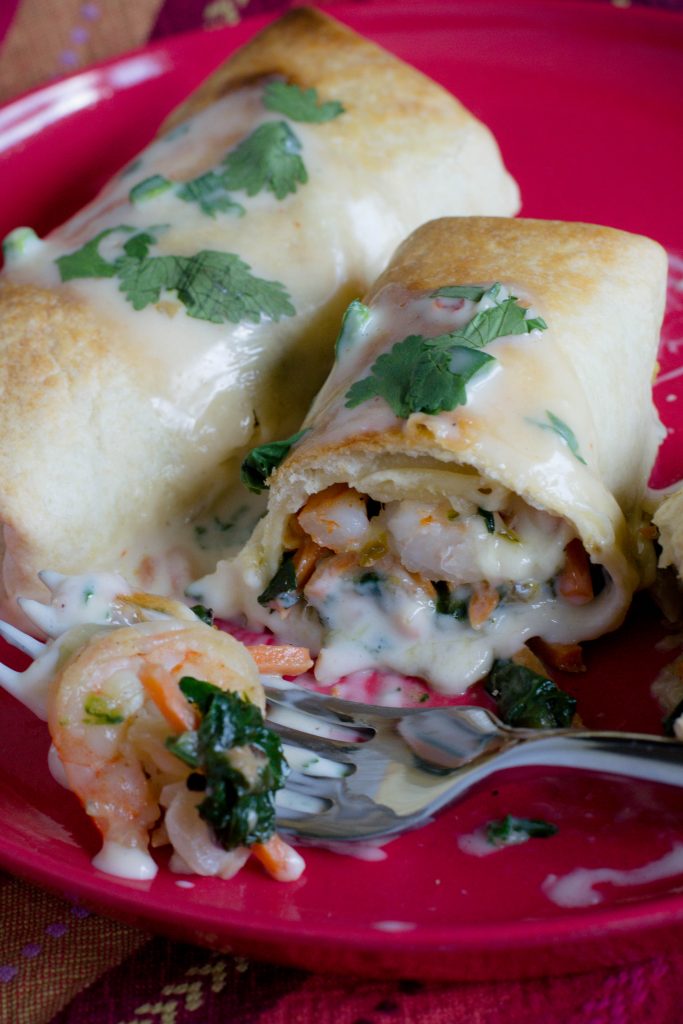 The sauce is creamy, with a hint of spice, and the paper jack paired with sour cream gives it a velvety feel in your mouth.

I baked the burritos long enough to warm them through and to give them bit of crunch.
To serve, just ladle the amount of sauce you desire. I used just a picture perfect amount for ….well the pictures, but after the photos. I added more…. OK a lot more, yeah it was that good. 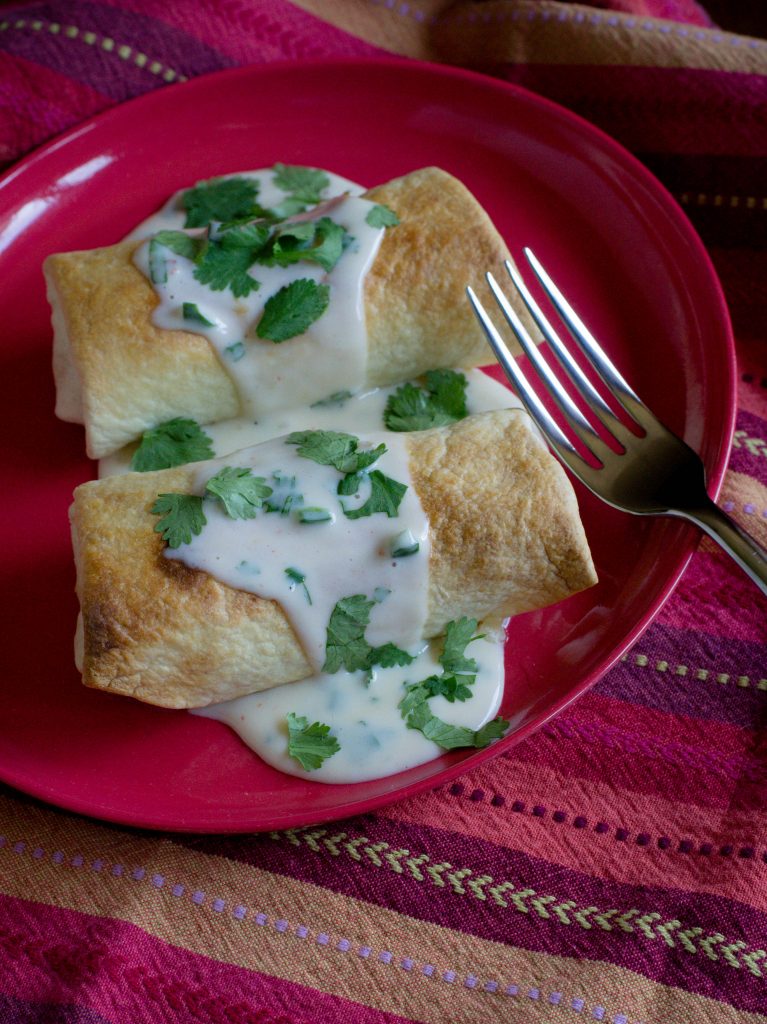