So, a few weeks ago I made Tim’s favorite pie Chocolate Meringue Pie . Well, turn about is fair play so, I made my favorite, Homemade Coconut Cream Pie. 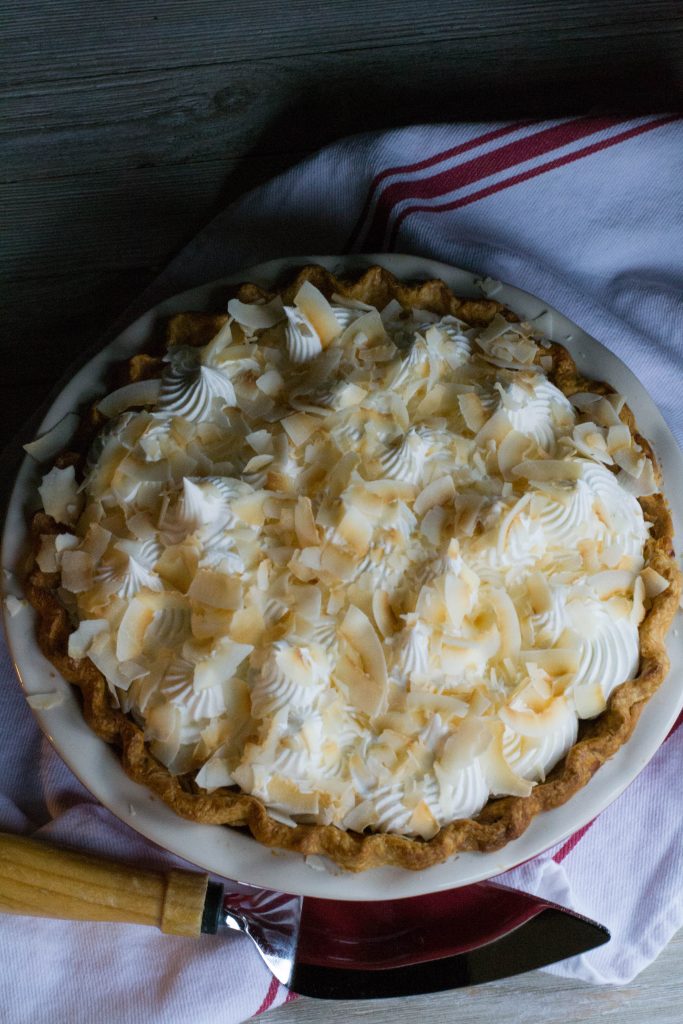 I have mentioned before that my Mom was an excellent baker. She made the best pie crust I have ever eaten. After she passed away I looked through all of her recipes to try and find the pie crust recipe. You know I didn’t pay attention as a kid, and like so many of us thought we would have plenty of time to share that recipe. Plenty of time was not too be 🙁

This will seem like I’m veering far from the story, but I swear it will make sense. My cousin is my Dentist and now Tim’s as well, Tim had an appointment last week and so I took the opportunity to visit my Aunt. My Aunt is also my Mom’s twin, and I feel a special bond with her especially now that my Mom is gone. 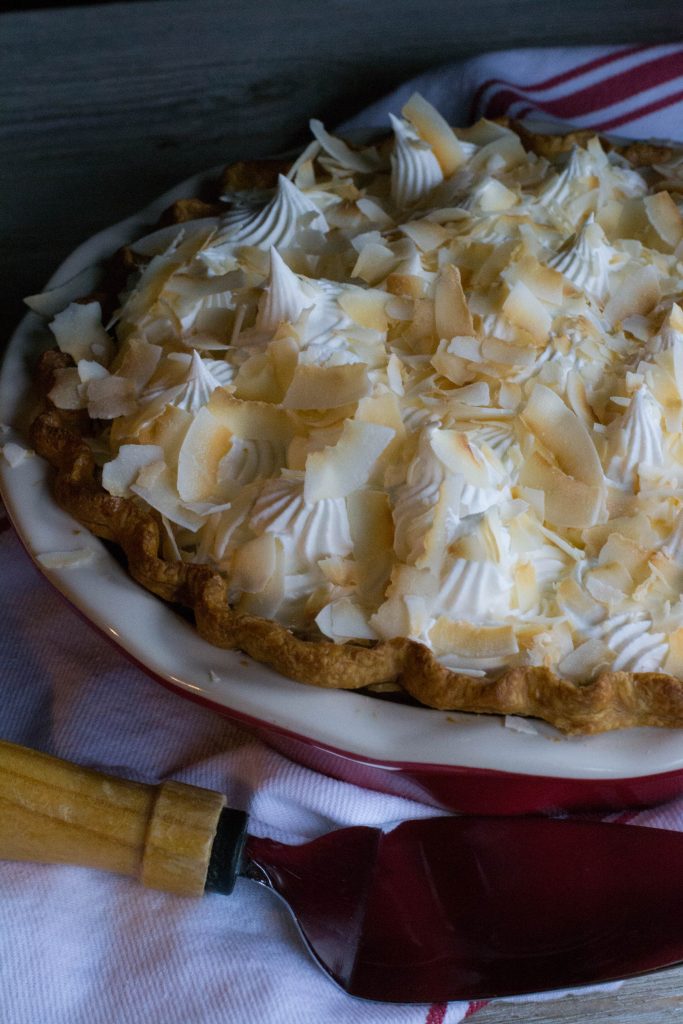 As we were visiting I was talking about making the coconut cream pie for the blog. Recanting the story that I couldn’t find Mom’s pie crust recipe, my Aunt thought she had it. During our visit she couldn’t find it, but a few days later low and behold she found it and sent it to me. Best part of all……it was written by my Mom❤ Now I have her pie crust recipe and will try it in the near future. 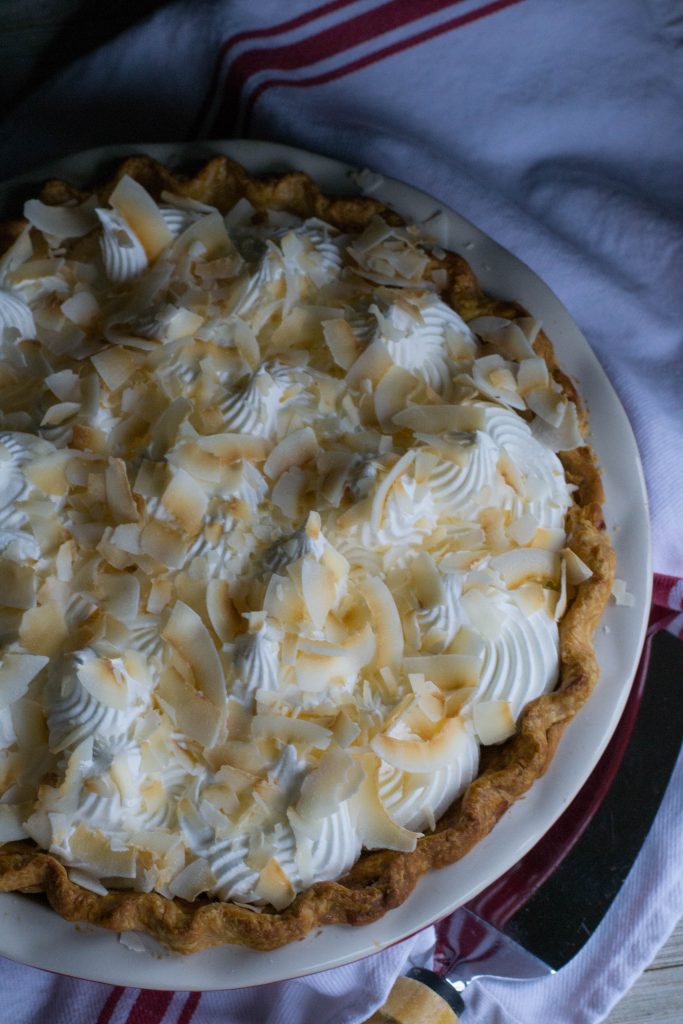 Homemade Coconut Cream Pie does have a store bought crust. I did bake it my self, so it’s kinda ‘fake and bake’. The filling however is homemade and took several tries to get it right.

My first attempt was with a homemade custard….tempering the eggs…..blah….blah. Let’s just say, it was not optimal. It was a runny mess is what it was!! Yikes! Next attempt was soooo much better. 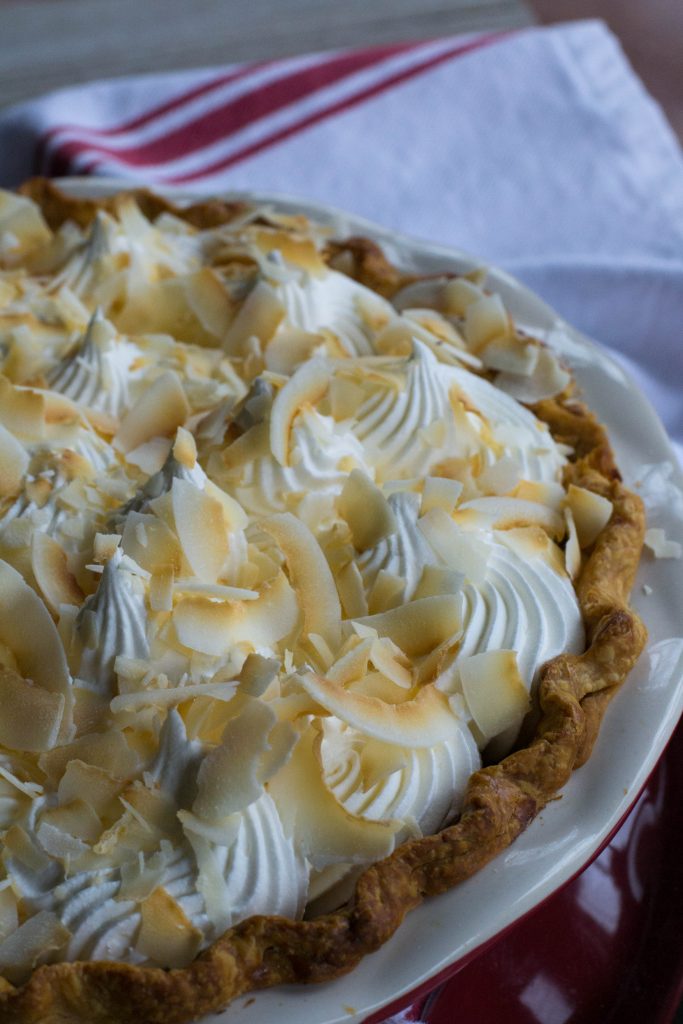 I’m pretty sure my Mom’s pie used coconut extract, but I wanted to try a different approach. Instead of the extract I used coconut milk for the coconut flavor, which gave the pie a more subtle taste than the extract. It worked great. Be sure to use coconut milk, not coconut cream. The cream is very thick and will not work in this recipe. I find coconut milk in the Asian section at the grocery store. 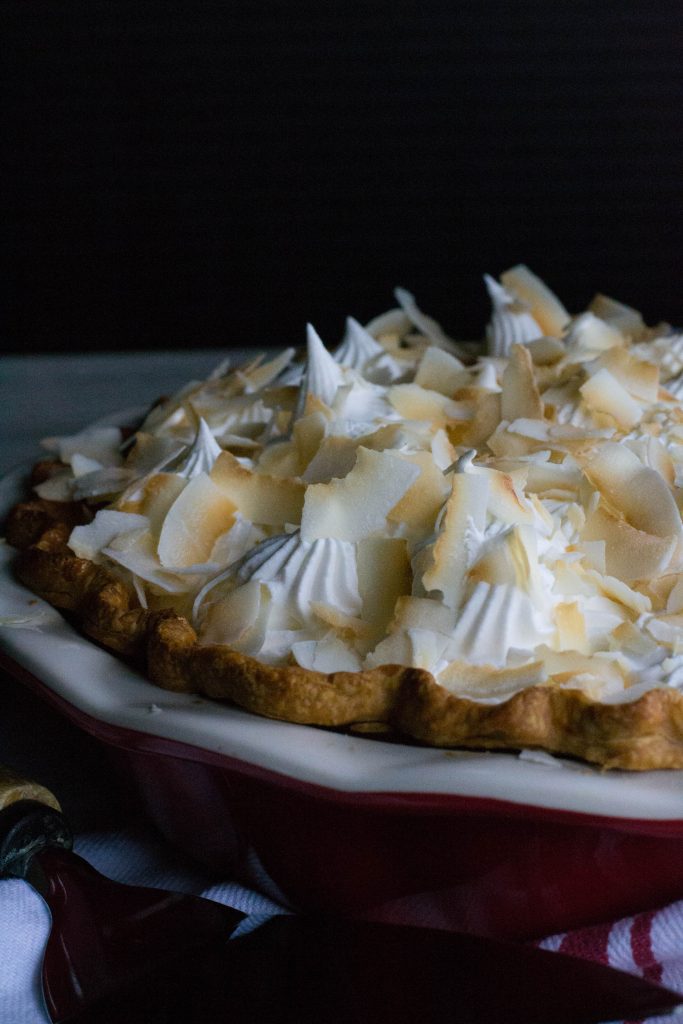 The rest of the recipe is kitchen staples, flour, sugar, eggs….. It does need to be cooked and requires a lot of stirring, but the end result is worth it. After cooking the filling, goes into a pre-baked pie shell and into the frig for at least 4 hours. I prefer overnight, just so it’s really cold and the filling is set.

Process the coconut for the filling in a food processor until the long string are broken up, makes a much neater eating experience. 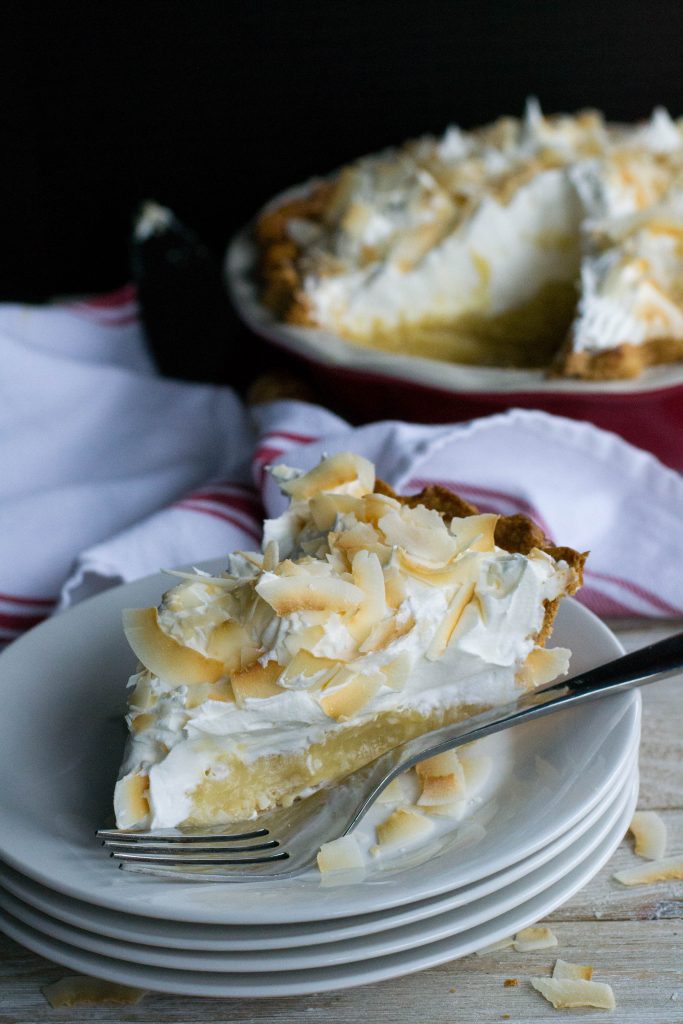 For the topping I purchased an Organic toasted coconut that is in large flakes, but if you cannot find this product you can toast your own. Preheat the oven to 350*, spread the desired amount of coconut on a baking sheet and bake for 5 to 7 minutes or until it is browned. Watch carefully as it will burn quickly.

I used a pastry bag and tip to make the fancy swirls on my pie, but you can dollop, spread, or use a ziplock bag with the corner cut off to put the whipped topping on your pie. Sprinkle with toasted coconut and serve. 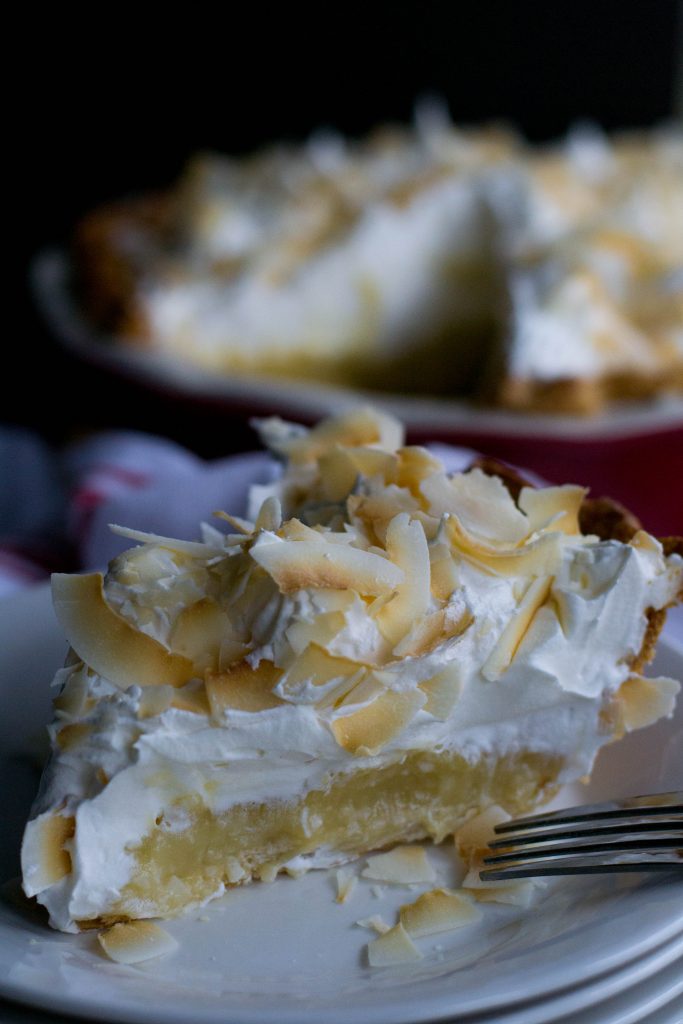 With Easter in a few weeks, Homemade Coconut Cream Pie would make a beautiful pie for your Easter spread. Personally I can eat it anytime, anywhere. Oh…… I forgot to mention, Tim doesn’t like coconut cream pie……more for me!!!!!