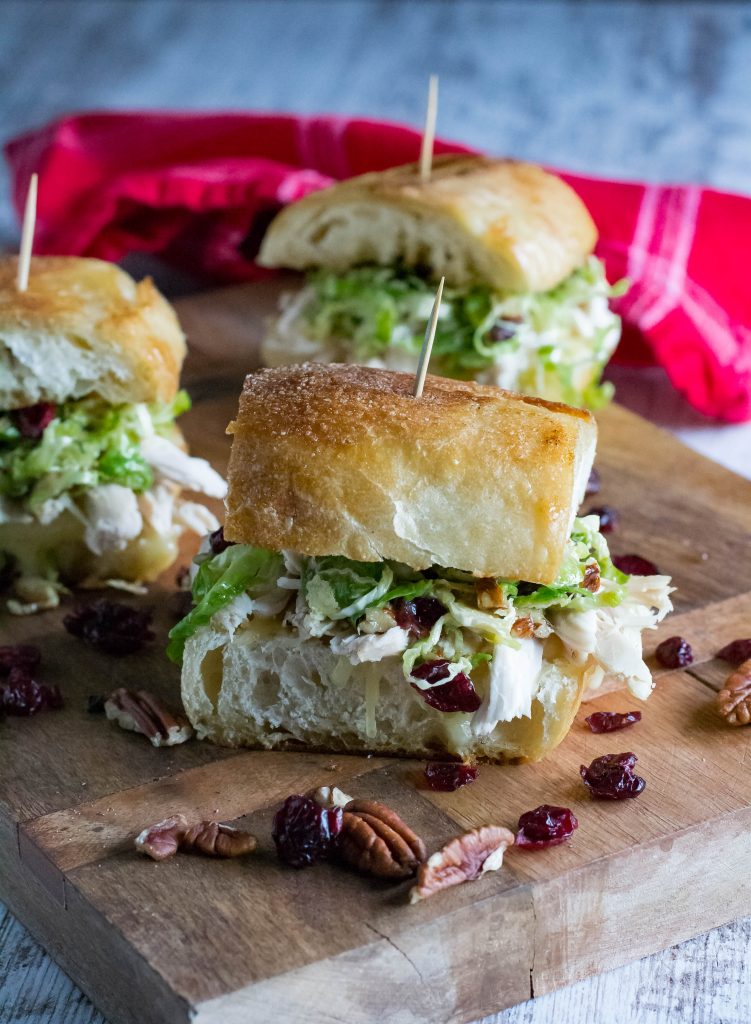 Although I love traditional grilled cheese, you know the ones made with wrapped sliced cheese on white bread slathered with butter then grilled toasty brown, sometimes you need to shake it up. Besides no offense but I am at a stage in life where I like cheese with a little more.

I came across a smoked white cheddar cheese at Wal Mart, from a company called Red Apple Cheese  and I love it! I’ve purchased several other of Red Apple Cheese products and love them as well. 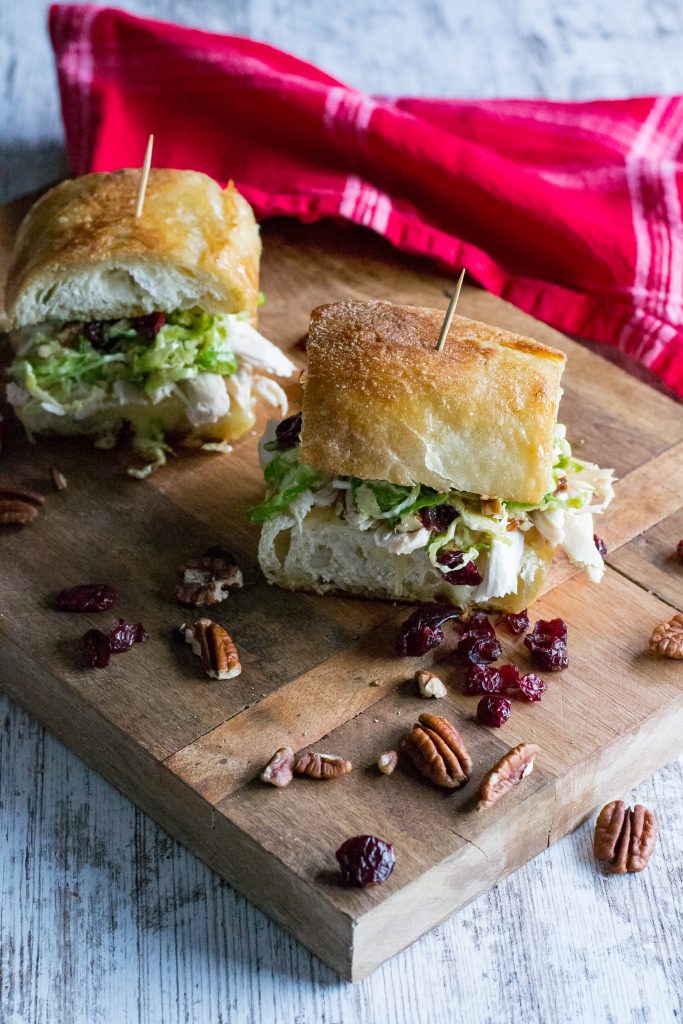 For Tim and I, a roasted chicken will last a week to use on salads, sandwiches, and to add to pasta. Instead of a traditional grilled cheese and to give it a little more heft adding the roasted chicken sounded good.

Now I have no affiliation with Wal Mart other than shopping there….a lot, if you have not tried the pick-up service, do your self a favor and give it a try!!! It is the next best thing to sliced bread!!!! In the comfort of your own home, you pick your time and place your order. They send you a message when your order is ready, you let them know you are on the way. Pull up in the reserved spots for pick up and a lovely person comes out and loads your groceries in your car and off you go.

I know that I have bragged on my love of grocery shopping, but this is such a time saver, and if you are in a hurry, this is the bomb!!! OK, it’s the bomb even if you’re not in a hurry 🙂

Back to the sandwich. Having had burgers and other sandwiches with a slaw topping, I decided to try it on a grilled cheese. It’s time for brussels sprouts, and Tim and I both enjoy them. A few years ago, we had a recipe for bratwurst “Brussels Brats with Honey Mustard Sauce” that used a similar topping. For the brats, the brussels sprouts mixture was sauteed. With this recipe, I added a nice vinaigrette. Tangy and slightly sweet with dried cranberries and chopped pecans. 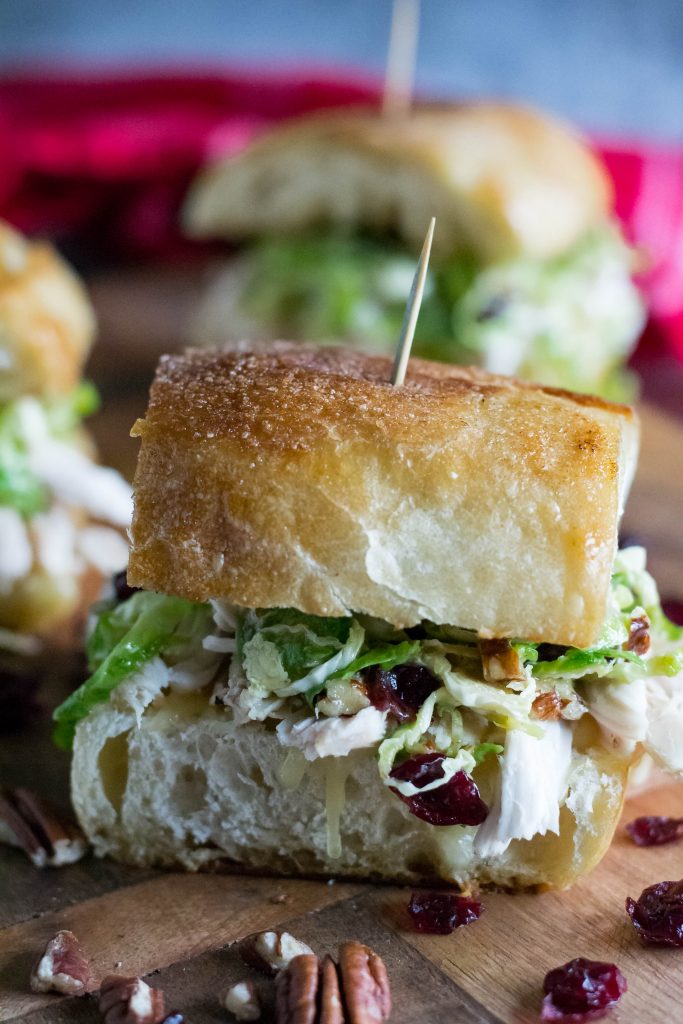 When you look at the pictures, I know what you are going to say….this doesn’t look like a grilled cheese, and no it doesn’t. I chose an Italian loaf and so again it isn’t a traditional grilled cheese. It would be fantastic in the conventional form as well!

My one dislike of making grilled cheese is sometimes it’s hard to get the cheese to melt before the bread burns. For this sandwich, I heated the chicken, shredded the cheese, and placed the heated chicken on top of the shredded cheese to give it a head start on melting. Add the Brussels Sprouts mixture just before you are ready to flip the sandwich, it doesn’t need to be heated through. 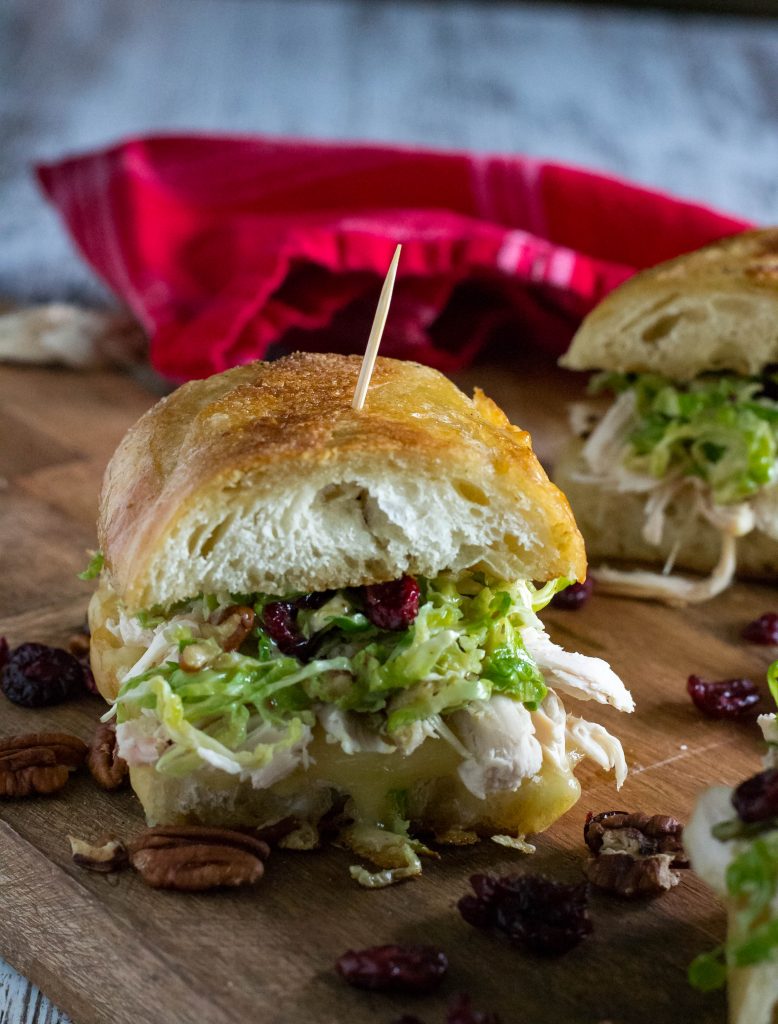 Whisk all the dressing ingredients until emulsified. Pour over the brussels sprouts mixture and mix well. Set aside.

Evenly distribute the shredded, heated chicken on top of cheese on the bread slices.

Preheat a griddle or skillet over medium-high heat. Place the butter side of the four slices of bread in the skillet. Allow to grill until the bread has browned.
Before turning, spread the remaining bread with butter. Divide the brussels sprouts slaw on top of the chicken. Top each sandwich with the buttered slice of bread, buttered side out. Flip the sandwich and allow to grill until golden brown
Cut each sandwich in half and serve.