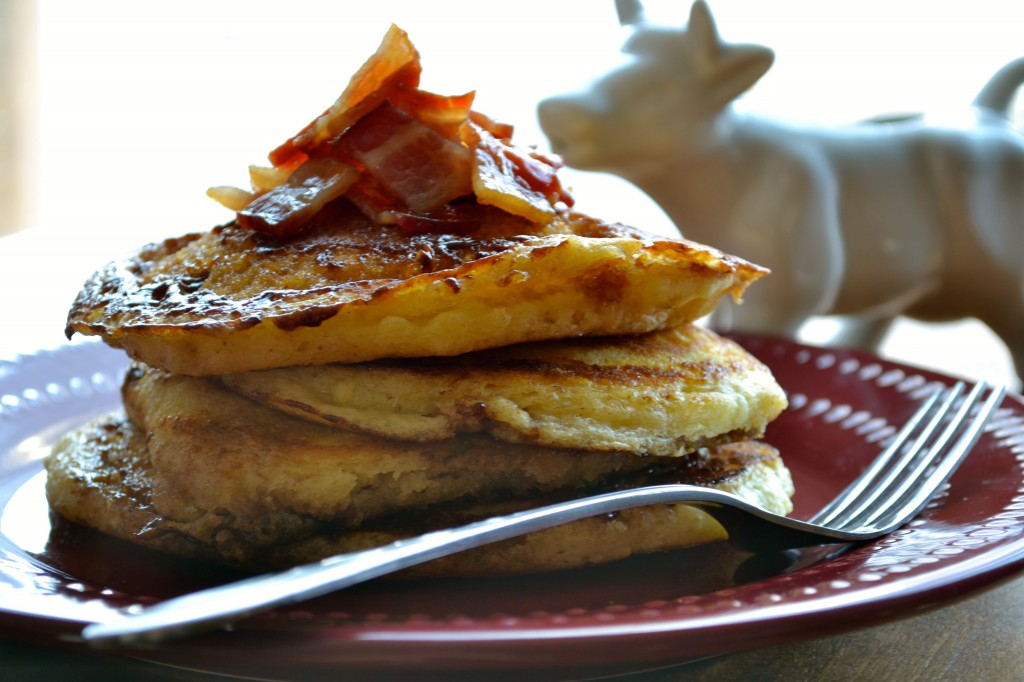 Sunday breakfast…..isn’t it the best breakfast of the week??? You have all the time in the world to relax and enjoy something special. I know a lot of folks like to go out for breakfast, and don’t get me wrong I am one of them………..have I mentioned what a crazy winter it has been here in the mid-west? If not here is winter in a nut shell……..snow, snow. snow……….freezing, freezing, freezing……..did I leave anything out? Given the weather, I have become even more of a home body than I usually am. Seriously, I could stay in the house from Thanksgiving until at least St Patricks Day…….maybe longer depending on the whole groundhog shadow thing. I really, really, hate cold weather. The only thing I hate worse is driving in the snow……… I truly thing I am not cut out for winter!

But this kind of weather is a cozy, stay at home and cook all kinds of yummy things weather. I remember being a kid and it was always a special treat on Sunday when my Mom would make pancakes or french toast. Apparently even back then my affliction for all things French was evident, because given my way we had french toast. But if it was my brothers turn to pick it was pancakes…………I am not a huge pancake fan……..never have been. And pancakes back in my day were always made from Bisquick. The only time I liked pancakes was at a local restaurant that served silver dollar pancakes. Now Tim on the other hand really likes pancakes. So I thought I would make them for him as a special treat. So began the search for a good recipe. I came across several that sounded good but wanted an extra something , something………I blended several ideas together to make these Cinnamon Roll Pancakes. I figured if they were more like a cinnamon roll and less like a pancake I would like them better. If only I could have made cream cheese syrup…….hmmmmm?  Besides, if I added bacon they wold have to be great, after all we ALL know that everything is better with bacon. I used to be able to buy a brown sugar bacon at a local meat market that was really great, but alas, it has been closed for several years. Light bulb!……….maybe I could make that bacon. It was bacon with brown sugar and I had bacon and brown sugar…………….it turned out really well, sticky, kinda like candy. For the pancakes I wanted a buttermilk pancake……. for no other reason than I had buttermilk to use…….the cinnamon part I wasn’t so sure about, but I had seen several recipes on Pinterest that used a butter brown sugar mixture so I figured I would give it a try. The result was ………..awesome!!!! I must say I may be a pancake convert after this………..Tim said they were the best pancakes he ever had……kinda like breakfast, kinda like dessert. So try my Cinnamon Roll with Brown Sugar Bacon for your next stay at home Sunday breakfast! 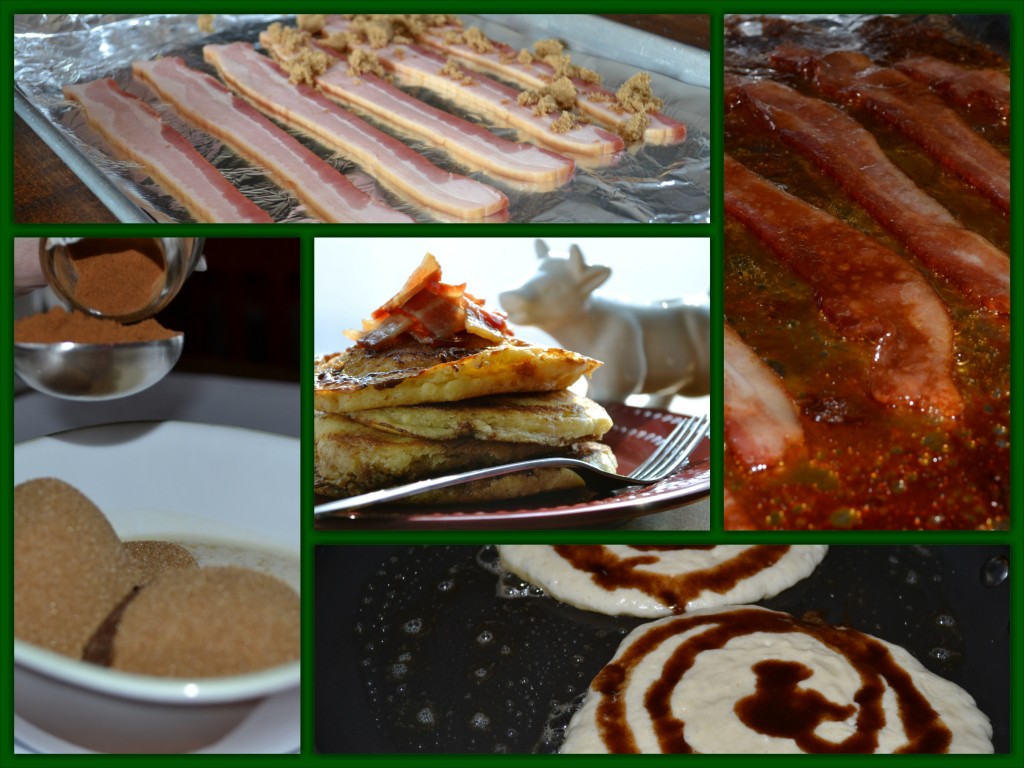 Prep and cook time does not include cooking the bacon.