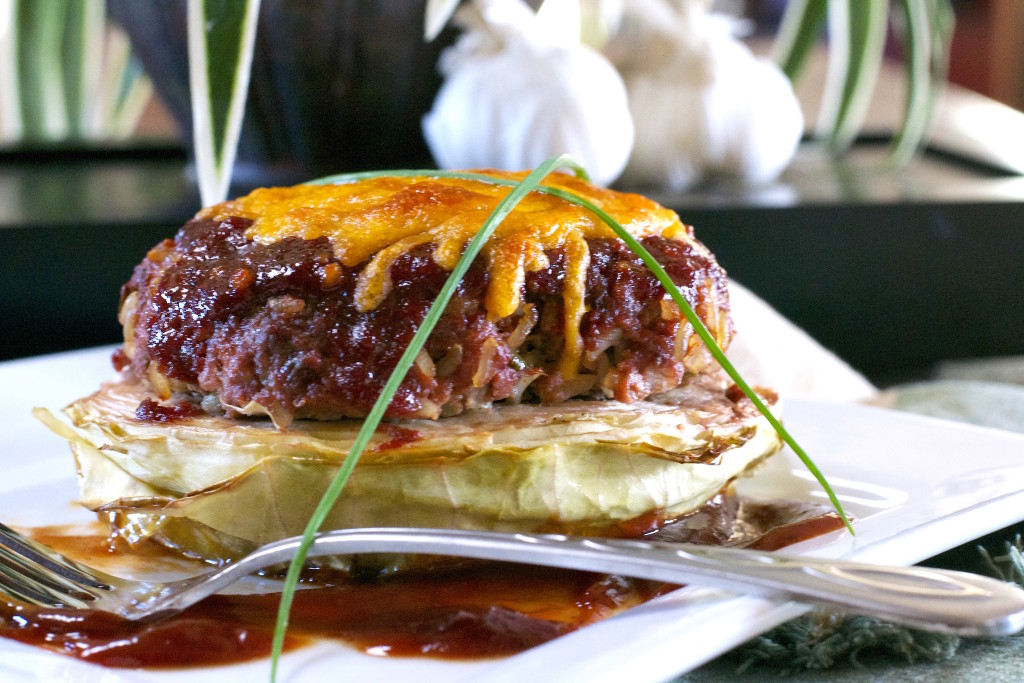 I have so many memories that involve food……..Sunday dinners, special holidays, and those times that you were made that extra special thing, just because……..

In our eclectic family, we had several “Aunts” who really weren’t are Aunts, but we called them that anyway. So, it was with my Aunt Sis, whose real name wasn’t even Sis it was Yvonne. Now, she was a woman who could cook you the best, down home cook’n ever! Her claim to fame were her cabbage rolls……they were to die for. She would invite us to her small little apartment and cook up a huge pan of cabbage rolls. I wish I would have had her show me how she made them. She is gone now, but the memory of the cabbage rolls is still strong. So, in tribute to my Aunt Sis…….Deconstructed Cabbage Rolls.

I could never improve on her cabbage rolls so, I took a different route. Instead of all the boiling of the cabbage and rolling up the neat little packages, I wanted to simplfy the process. I have seem many recipes for roasted cabbage and all of them rave about how good it is…….the wheels are turning now! 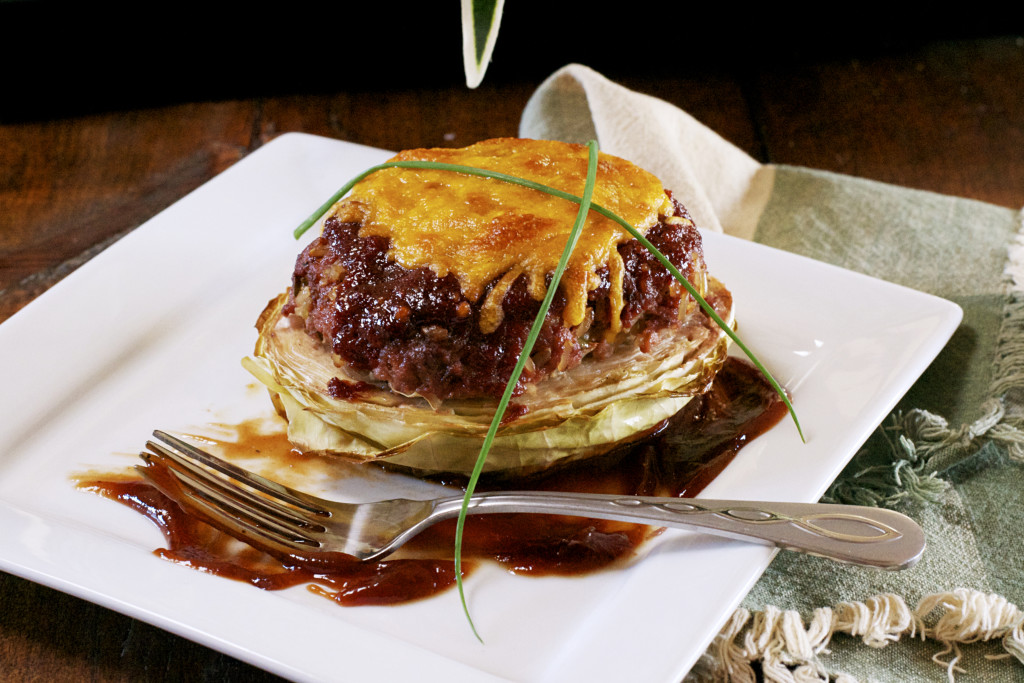 So, here is what I did……..instead of boiling the cabbage, I cut it into slices. The slices of cabbage went on a sheet pan sprayed with nonstick spray, with salt and pepper. I made just a basic cabbage roll stuffing with ground beef, rice, tomato sauce ….you know  the normal things.

I made a slightly spicy sauce……..for Tim of course 🙂 Placed the ground beef mixture on the cabbage slices, topped it with the sauce, into a preheat oven…..Deconstructed Cabbage Rolls. I did top them with cheese, you know for a little some’n, some’n. They turned out great.

They definitely were not my Aunts, but they were really good, and not as hard to make. In fact, you can make them ahead, either up to the point of cooking them ,or go ahead and cook them and reheat them later (we ended up doing the later). Tim even made a “burger” out of one of them………hmmmm Cabbage Roll Burger?????? 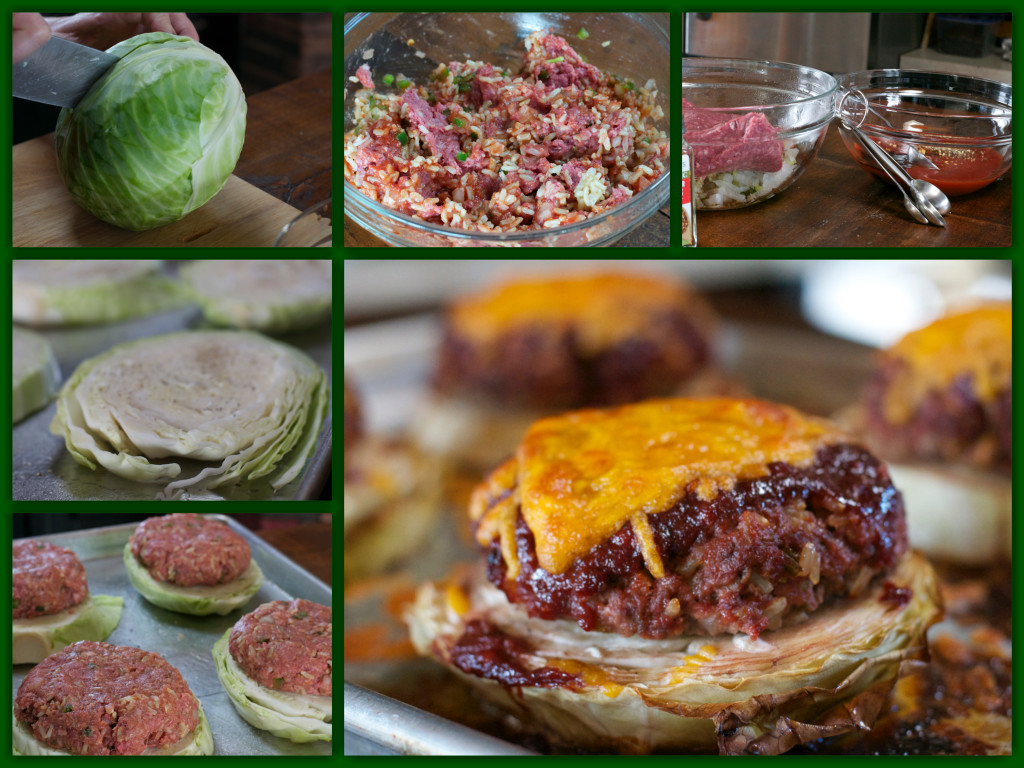