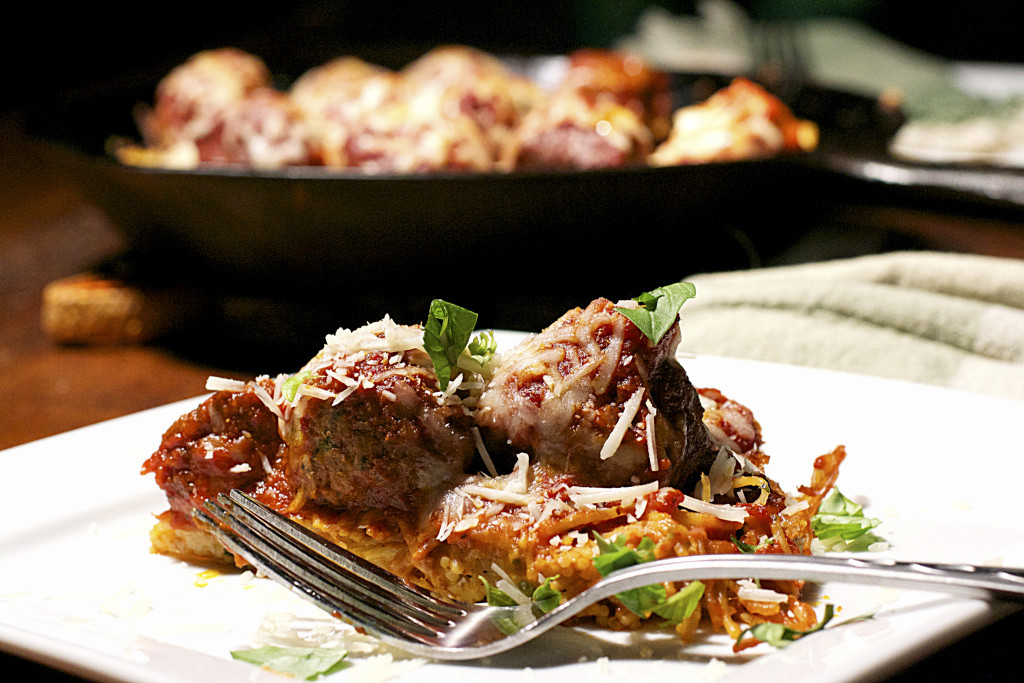 Even more than the age old question…..What the “Forks” for Dinner? is What the “Fork ” to do with leftovers??????

We always seem to have leftovers that after about a week, need to take a trip to the trash. This is where I really have to watch my husband…….Tim has no sense of smell, so he can’t tell when something’s time has passed. I really hate to throw things out, but we are only two people, and you can only eat a recipe so many times before…….ugh! Even if it was the best thing you ever ate.

I can never make the correct amount of spaghetti……..I always make wayyyyyyyyy too much.  So, in an effort to use the leftovers, I racked my brain……what, what, what can I do with with this glob of leftover spaghetti. I know……but really with all the starch…..then it gets cold……..it’s a big glob. I remembered the Italian Spaghetti Meatball Burger we made back in September…….the one that uses the spaghetti as the bun. Why not use the spaghetti as the crust for a pizza?????

I think it’s clear that we love, love, love, pizza. Tim was hip to the idea, so off we went. I wanted to make this as easy as possible.

Pre-made, purchased meatballs, jarred marinara sauce,and mozzarella cheese. The meatballs I bought were a chicken meatball from a company called aidells ……….I must say, these were awesome  and they come in different flavors. I bought the Italian Style for this recipe, but I am going to try a few of the other…….watch for recipes with them. 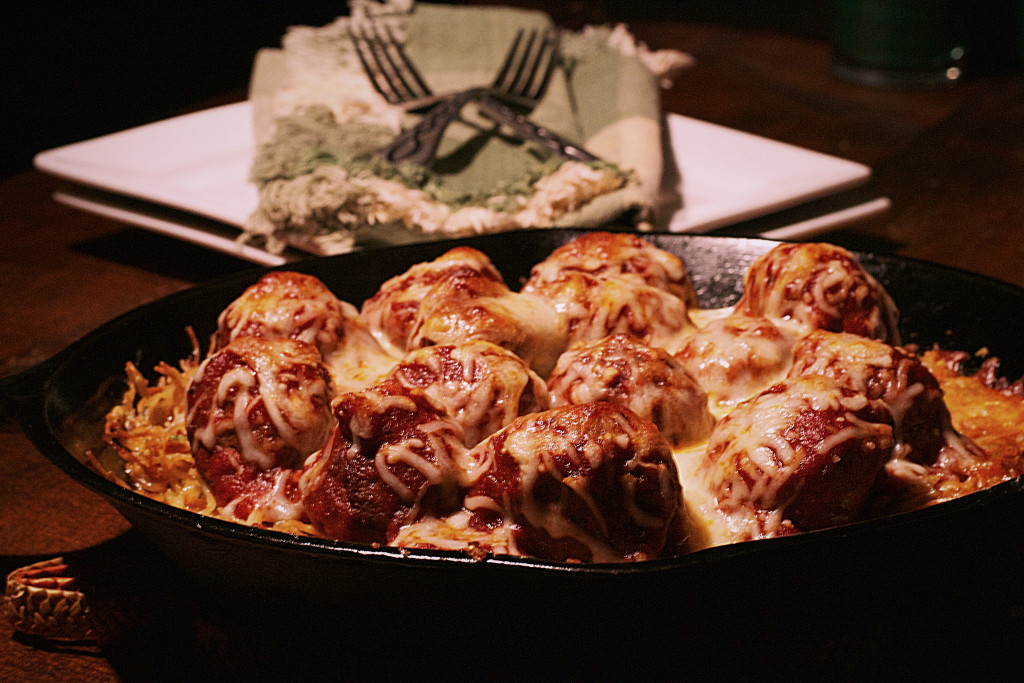 The rest was simple…….the left over spaghetti mixed with an egg, parmesan cheese, and Italian seasoning. Then into a cake pan. Why a cake pan you ask???? One because its the shape of a cast iron skillet, and second, I could cover it with another cake pan and weight it down, made the process super easy. Just pop the mixture into the frig for a few hours, or make it ahead and you can leave it in the frig overnight……come home, finish up, and dinner is served…….wait, I’m a little ahead of myself…….I guess thats no surprise…….LOL

After the spaghetti mixture has been refrigerated, heat oil in a cast iron skillet (you can of course use a regular skillet) slide, or flip if you are brave into the skillet. Fry until golden brown. While thats cooking heat the marinara and meatballs. Flip the spaghetti crust, top with the meatballs and marinara, sprinkle on the cheese and bake until the cheese is gooey, golden brown. Slice, sprinkle with parsley and pass the parmesan. 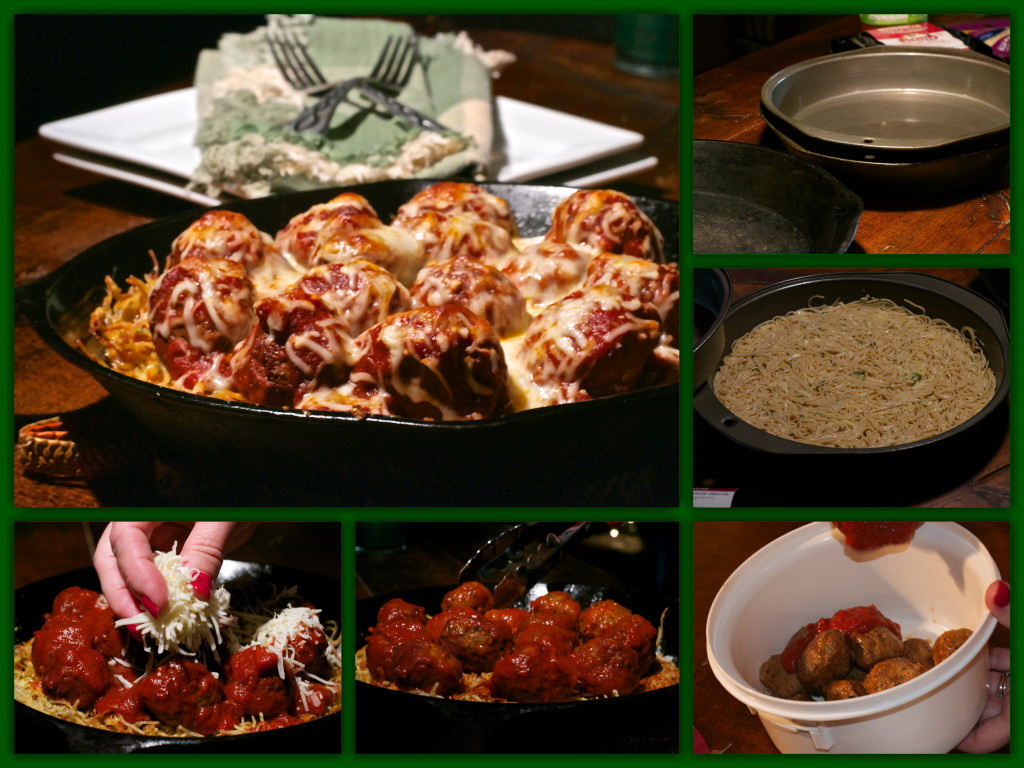