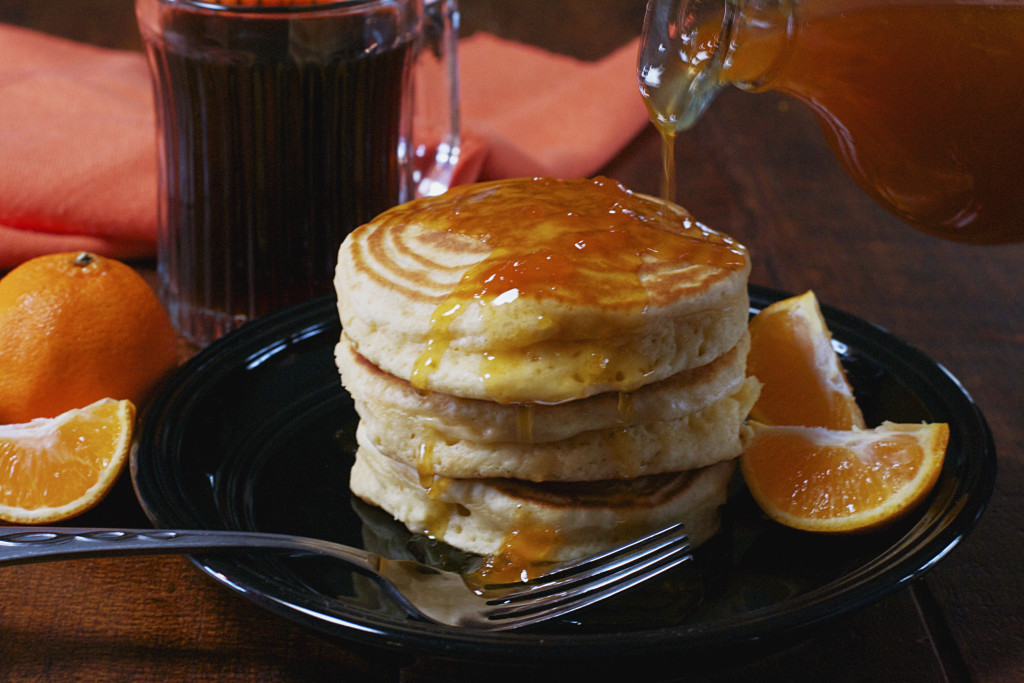 Thank goodness for Smuckers preserves, jelly and jams. They have been a staple in my house since childhood………how would we have lived, without peanut butter and grape jelly sandwiches. As an adult, I found other uses……fillings, glazes, but pancake syrup?……….brilliant! Super easy too………just add preserves, with juice, and flavoring…….heat………let cool…….syrup!!! 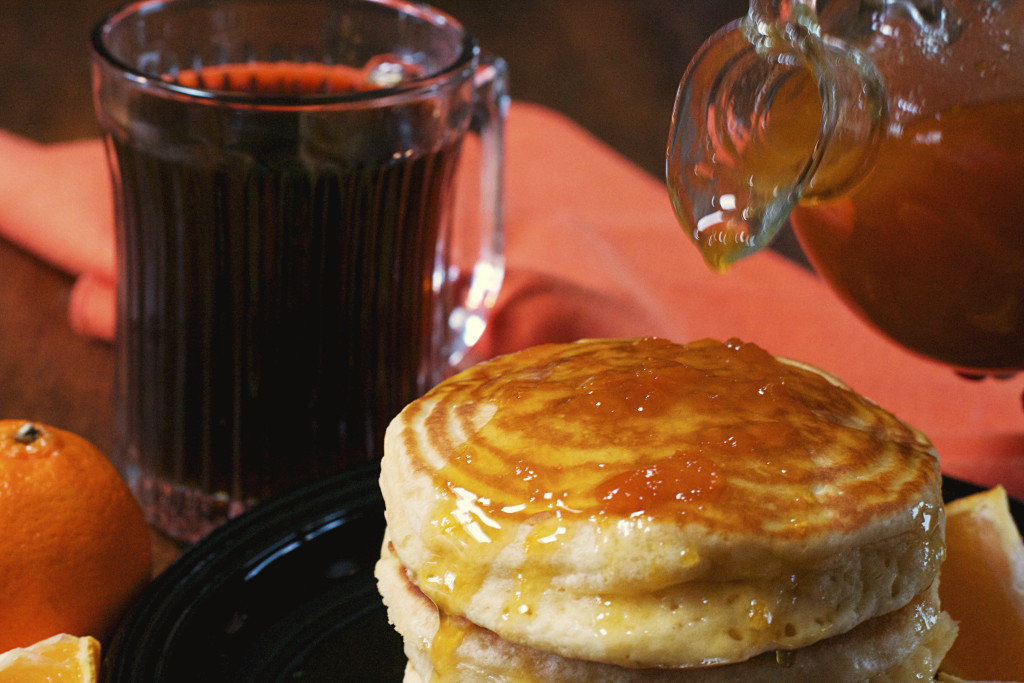 For mine, I had oranges left over from Christmas I wanted to use, and a jar of Apricot Preserves for a recipe I have yet to make…….of course it could have been preordained…… I bought the preserves, did not use them for the recipe, so I had them for the syrup…….hmmmmm! Anyway, I added almond extract…….well…… just because I didn’t want to use vanilla. I already made a vanilla syrup for my Raspberry Greek Yogurt Pancakes.

So, I had my syrup ready……time for the hot cakes. I heated a griddle over medium low heat , dropped on the batter, let them cook until they were starting to form bubbles……flip, and I had the prettiest pancakes ever. They were beautiful!!! 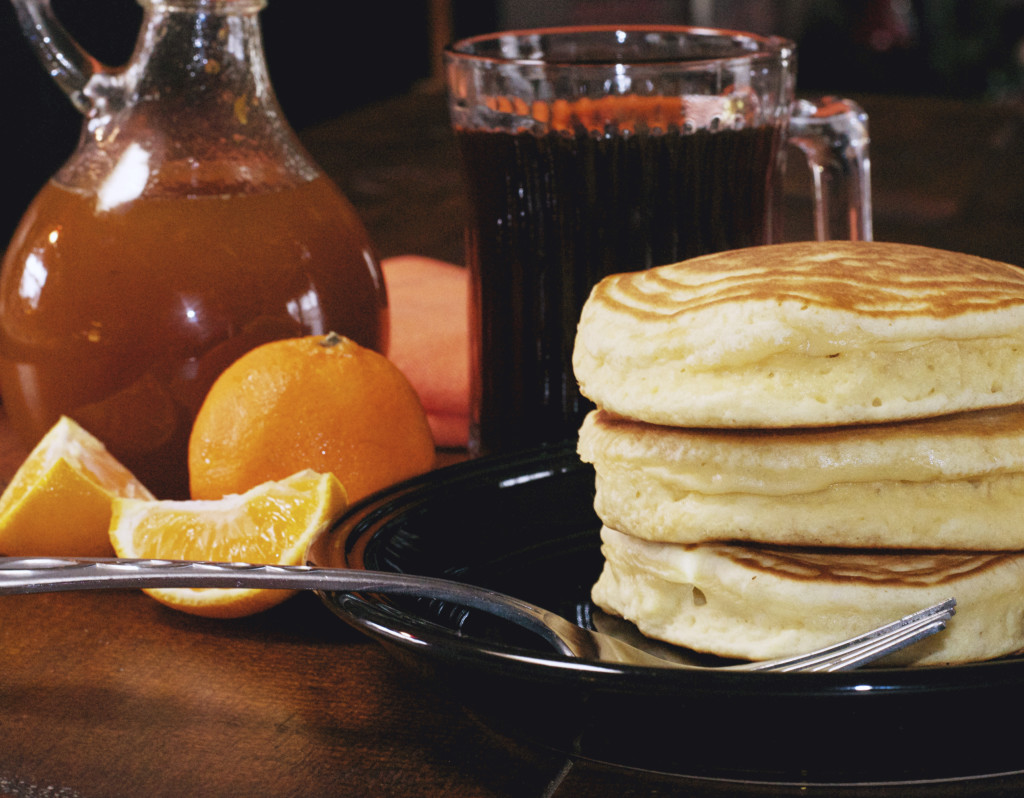 Now time for the defining moment ………..the first bite ……….I love it when I make something, and we both take a bite, and for just a second……..nothing…….then that moan of yum you give when something is soooo tasty……and it was.

These pancakes on top of being the lightest, fluffiest pancakes I have ever had, were also are a bit sweeter than most.

Topped with the  Orange Apricot Almond Syrup…….yum! Maybe we need to revisit these on Sunday……. 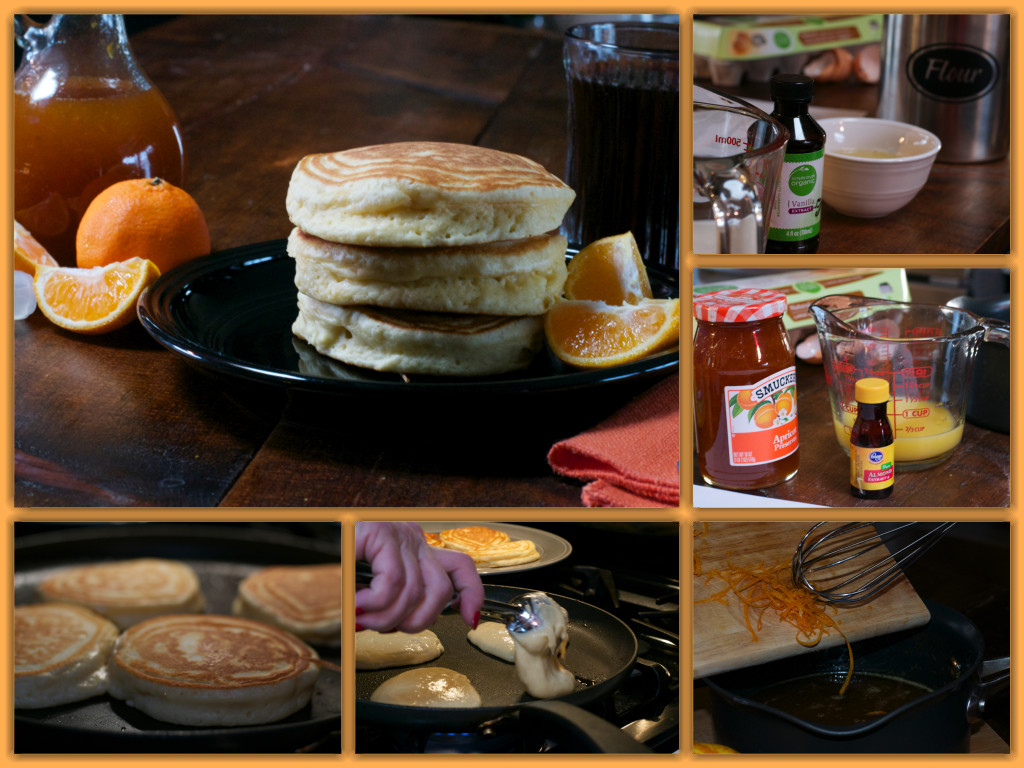