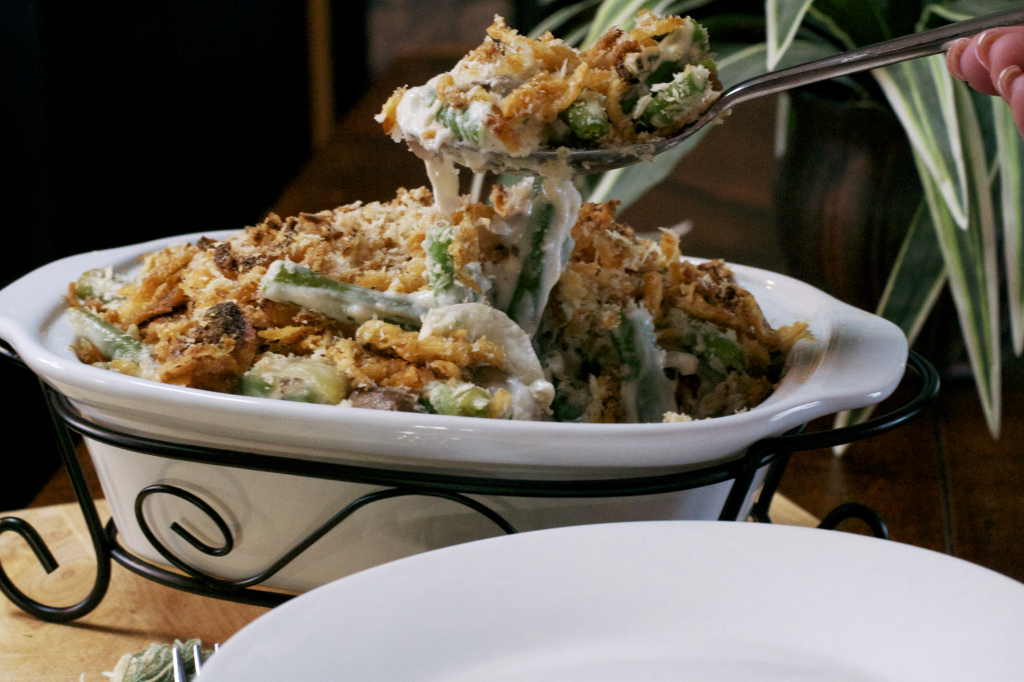 The green bean casserole was first created in 1955 by the Campbell Soup Company. Dorcas Reilly led the team that created the recipe while working as a staff member in the home economics department. The inspiration for the dish was “to create a quick and easy recipe” around two things most Americans always had on hand in the 1950s: green beans and Campbell’s Cream of Mushroom Soup.

The tradition of this casserole has been here for almost 60 years. Now, sometimes “if it ain’t broke don’t fix it”……well this wasn’t so much broke, as it needed an update.

Canned vegetable to my mind are mushy and oddly colored. I prefer fresh. Canned cream of mushroom soup…….everyone grew up with it as the base for…….well anything with the word casserole in it. Again I prefer homemade. Sure a little more time consuming, but come on……..it the holidays. Doesn’t your family deserve your very best?

Now, I have a story to tell about green bean casserole………I have a brother……he was married……..to a very nice woman who gave him an absolutely amazing son……..that being said…….she did not really cook, except on holidays and she always made….you guessed it…..Green Bean Casserole. It was perfectly fine, don’t get me wrong, but by this time I had become kind of a food snob. So, anything that was not made from scratch…….well I turned up my nose. I have eased up a bit on the homemade thing……not a lot but some…….after they divorced it was kind of a joke that we wouldn’t be having green bean casserole anymore. 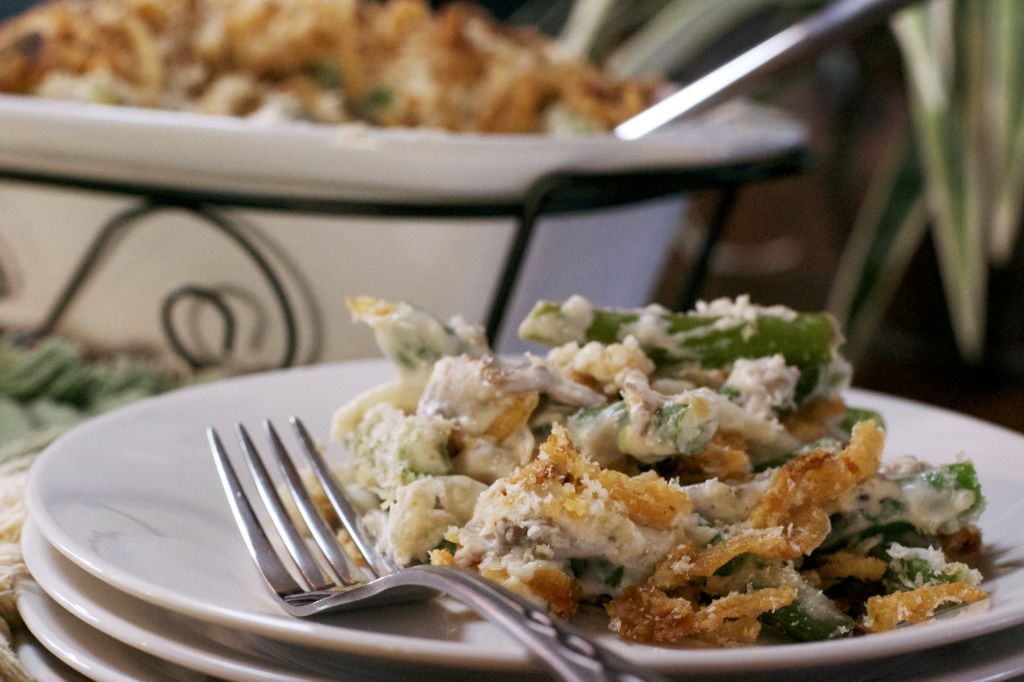 Ok……. so I swooped in on my white…..apron……… and revamped the recipe so it was part homemade, part traditional.

I used real green beans, onions, mushrooms, a simple white sauce with sour cream for …..well creaminess. I just couldn’t make the fried onions for the topping that were anywhere near those traditional store bought ones. Of course I couldn’t leave well enough alone so, I added some panko crumbs for extra crunch.

It is not as easy as the open can and dump method, but you can make it ahead, so all you have to do is throw it in the oven.

So, treat you family right and make them a homemade Green Bean Casserole for this holiday season. 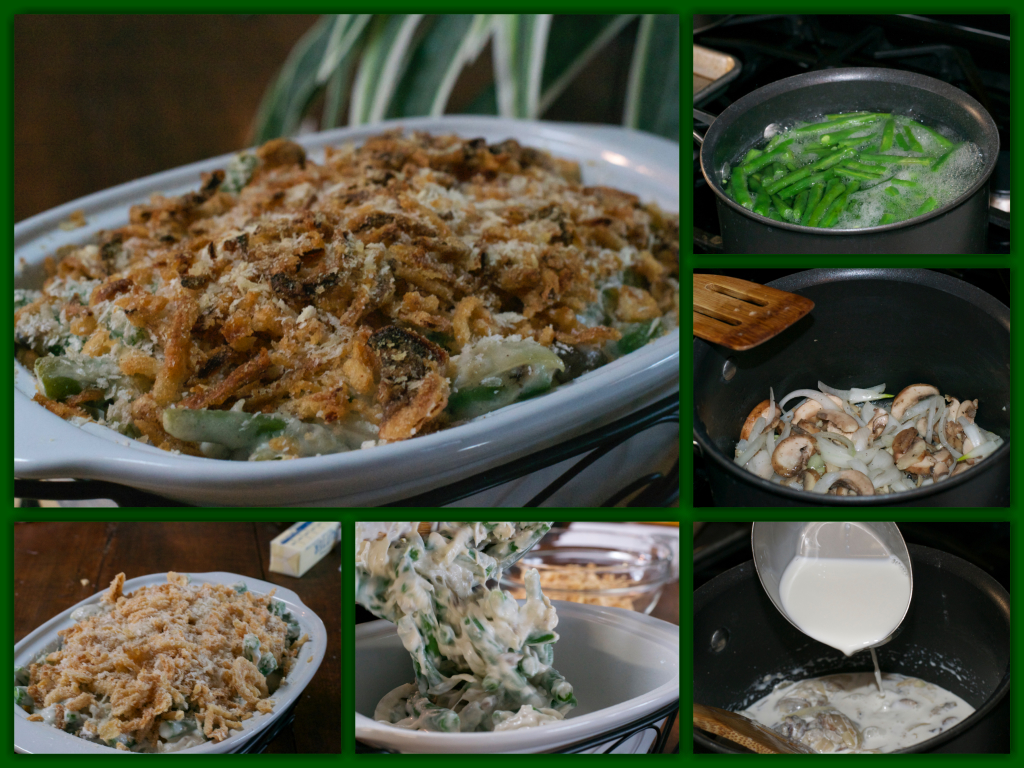