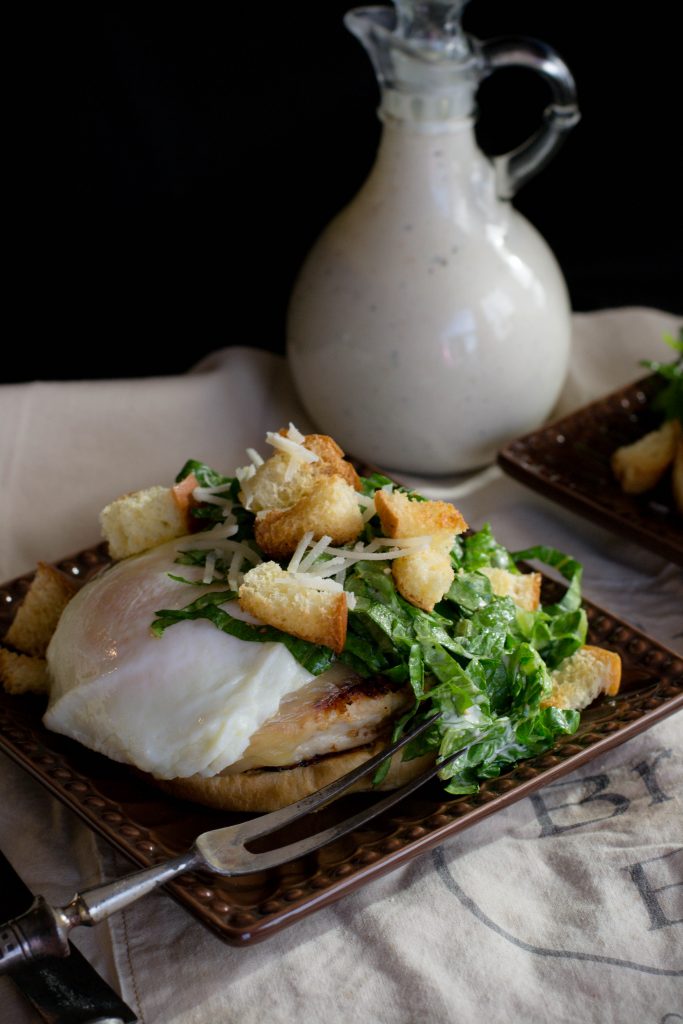 Did you know that Caesar Salad originated in Mexico??? Who knew? OK, Julia Child knew! She recants a story of eating the famed salad with her parents in the restaurant of its origin, Cardini’s. Caesar himself rolled a cart to the table, and prepared the salad for her family.

The salads creation is said to have been made by Caesar Cardini in 1924 in Tijuana. Over a July 4th weekend, Cardini’s restaurant was said to be running short on supplies. So, as not to disappoint customers he concocted the salad with items he had on hand…..it caught on!! 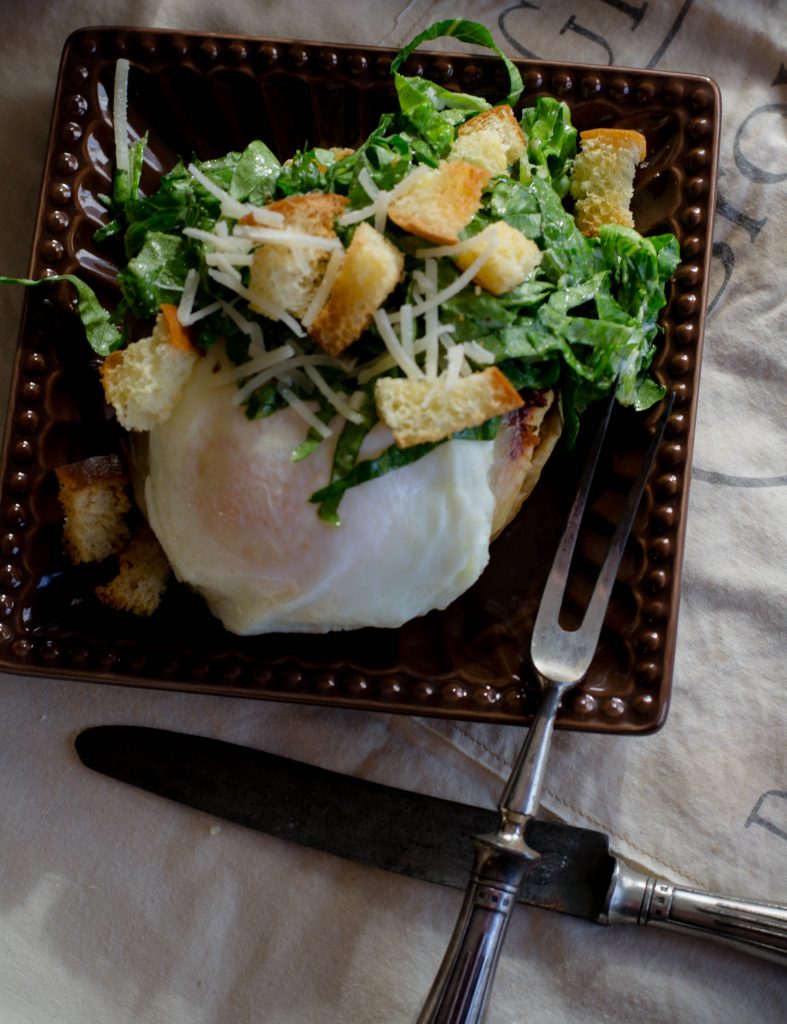 Today its a mainstay on many a restaurants menu, chicken is added, it’s rolled into a wrap, and the list goes on…..…

Tim and I were talking about what we hadn’t made for a long time, and burgers came up. We had made a Chicken Picatta Burger a few months ago, and it was so good….my family has requested it several times. I like ground chicken for a burger on occasion …….this was an occasion. 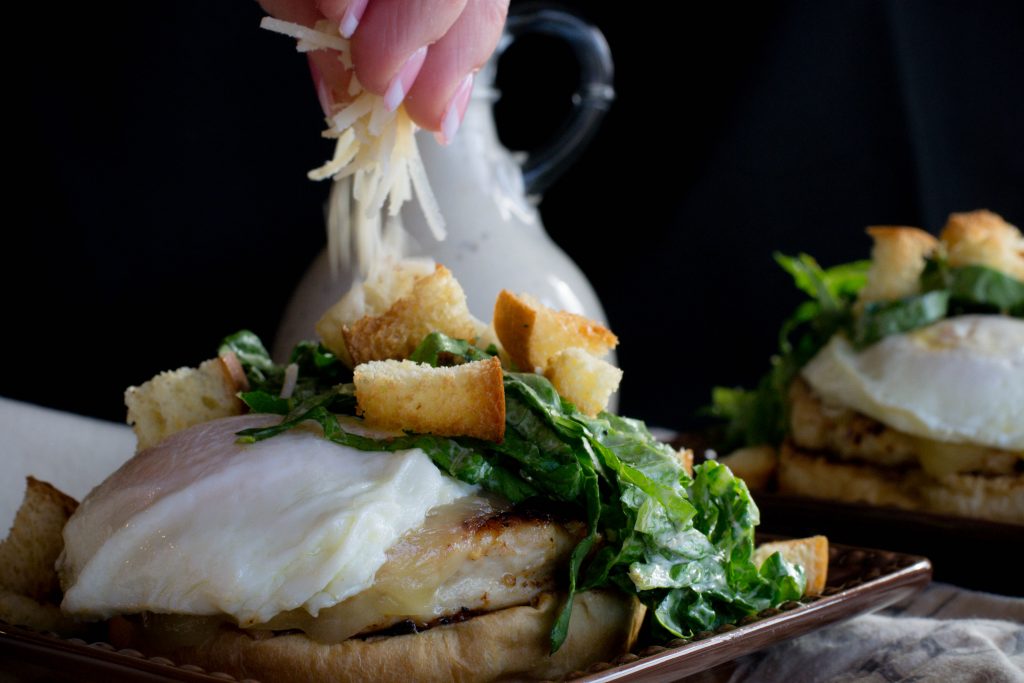 Never having tried an egg on a burger, although I have seen it several times in recipes, and I have been intrigued. So, why not give it a try? But what to pair with it???? Caesar salad is made with eggs. Well, if you make the dressing and go by the original method.

I take creative license, I used store bought dressing. Mostly laziness, but also because there are a lot of really great prepared dressing on the market these days……but mostly laziness. 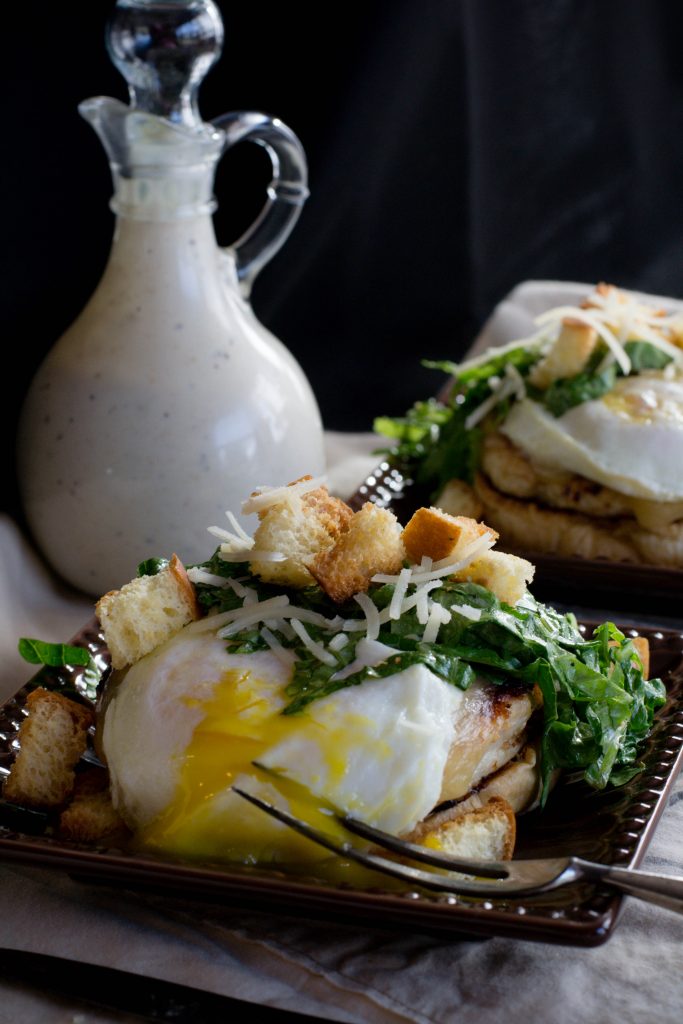 Ground chicken, Miracle Whip, I know I say it each and overtime, but use mayo if you must, but I prefer the tang of Miracle Whip, parmesan cheese, and anchovies. If you are really adverse to using them, leave them out, but they added something, and its not a fishy taste. It just goes with the flavor of the dish.

Over easy eggs, which Tim made, I am not very good at frying an egg, I always over cook them, and I must say he cooks a mean egg. 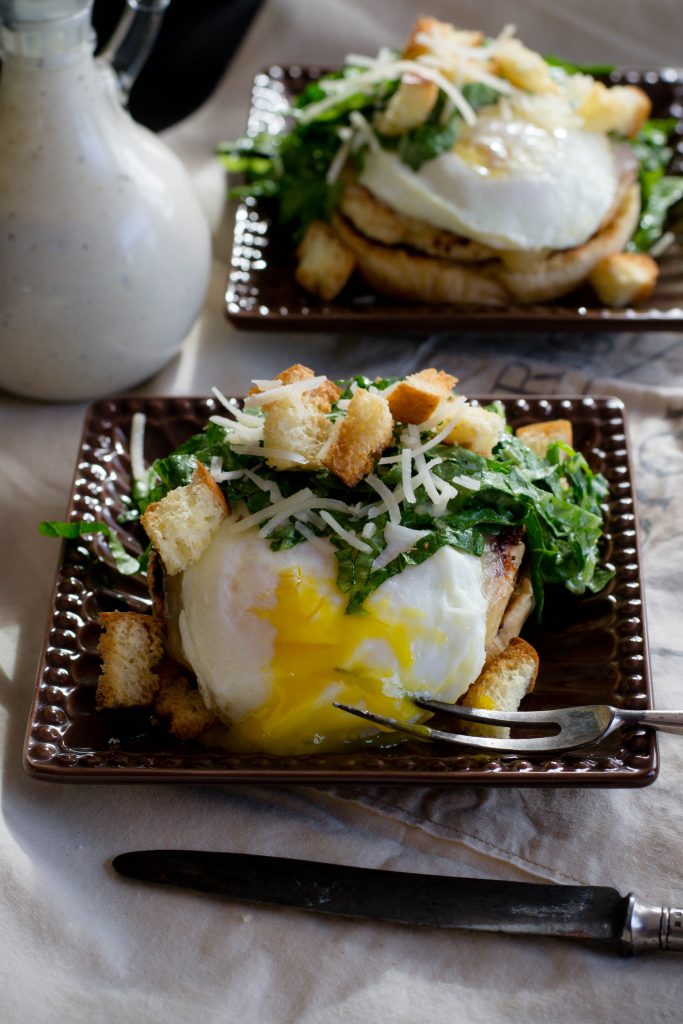 Nothing special for the romaine, just dressed with some of the store bought dressing. Don’t drown it. You can add more over the entire burger later.

Once in a while I like an open faced sandwich, this was one of those times. So, as not to waste the tops of the buns, I diced them and made croutons. Caesar Salad has croutons….so should my burger.
The layers go as follows……bun bottom, chicken burger, fried egg, dressed romaine, sprinkle of parmesan cheese, and croutons. Pass the extra dressing. 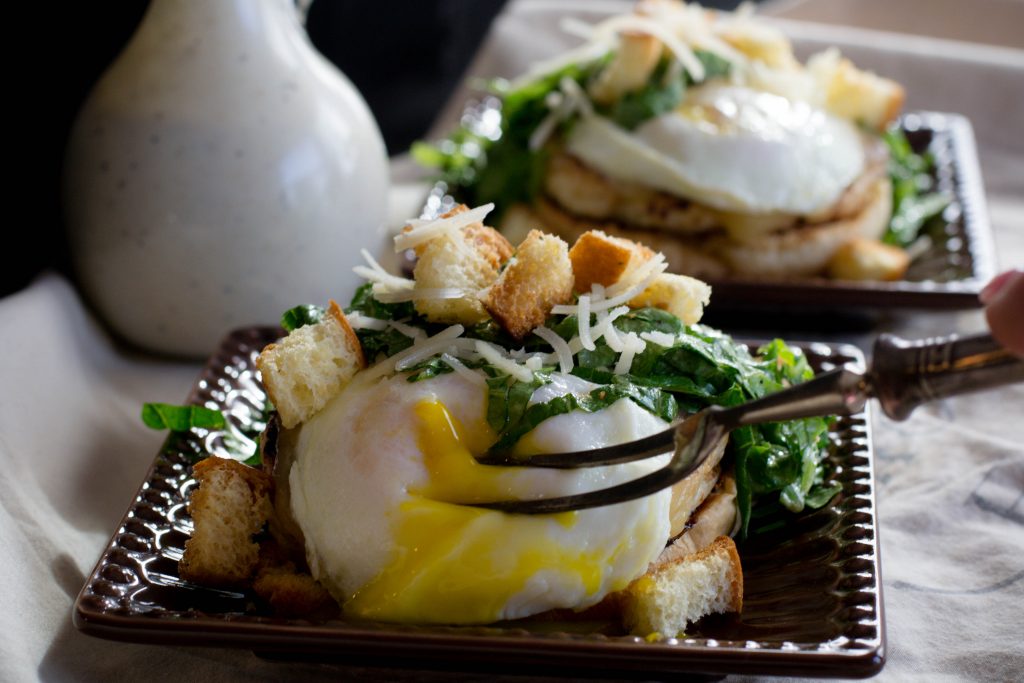 Why the egg you ask? Well, the soft egg yolk breaks and seeps into the burger, making a heavenly combination of tastes and textures, buttery, and savory. I will definitely use an egg on a burger again…..and again! 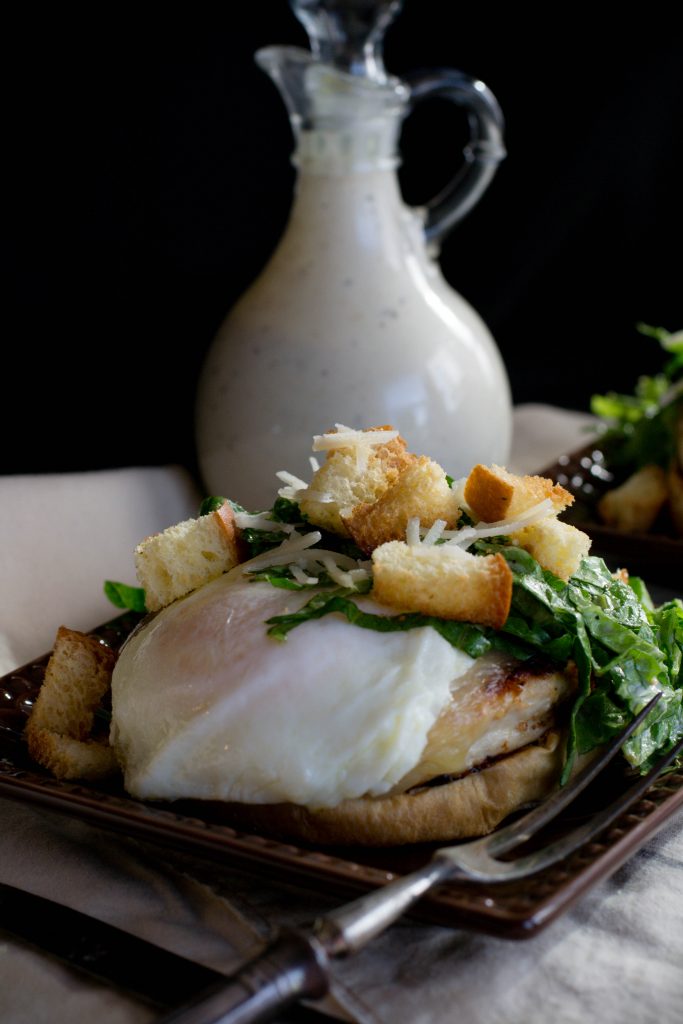 Opened Faced Caesar Chicken Burger….while a far cry from a traditional caesar salad, it can be a new tradition for you!!