Roasted Cauliflower Croquettes takes roasted cauliflower to the next level. Cauliflower is still the veggie du jour and after I roasted it for the first time….my heart be still <3 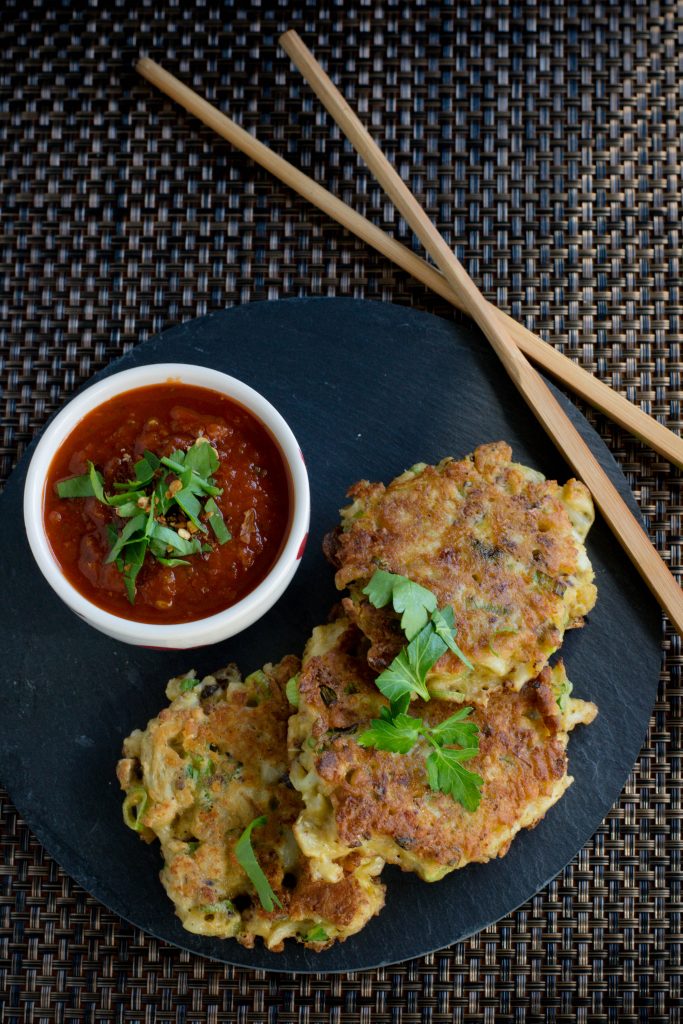 There is a Japanese dish, called okonomiyaki that has shown up quite a bit lately on my Pinterest feed……..I was intrigued.
Okonomiyaki, are basically cabbage pancakes. They vary from region to region, but it’s basically  a cabbage, flour, eggs, and green onion pancake.
Translation of the name means “how you like” or “what you like” and did we ever like! Except I liked cauliflower instead of cabbage. 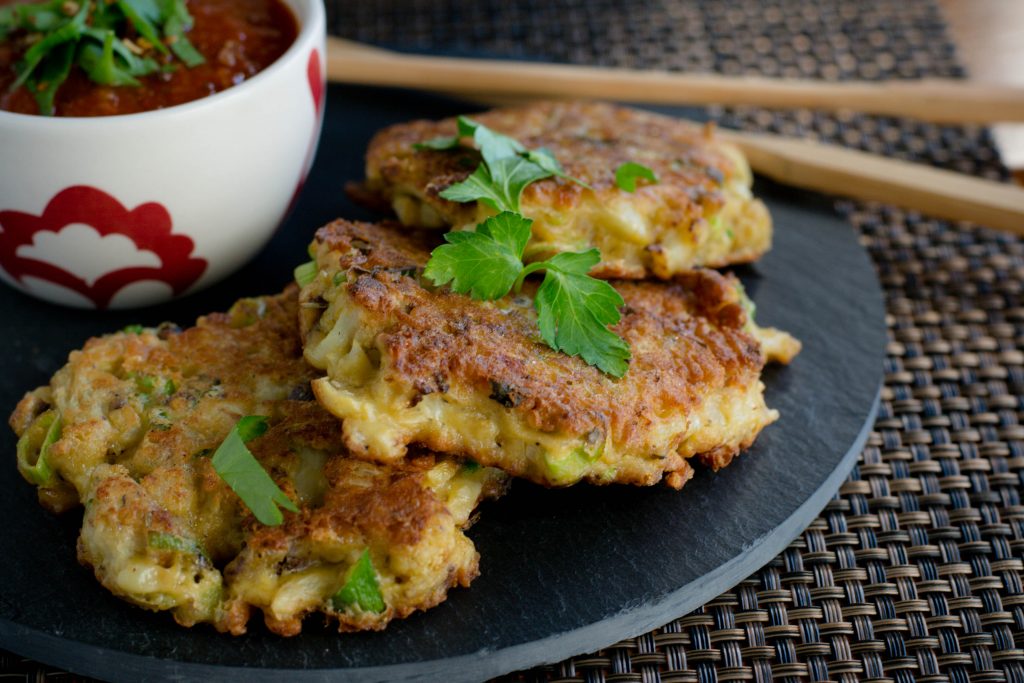 When I was a kid, there was no way in God’s green earth I would have eaten cauliflower. First it was a vegetable that wasn’t corn (my childhood fav) and second it has a distinctive odor, that I apparently found offensive as a child. 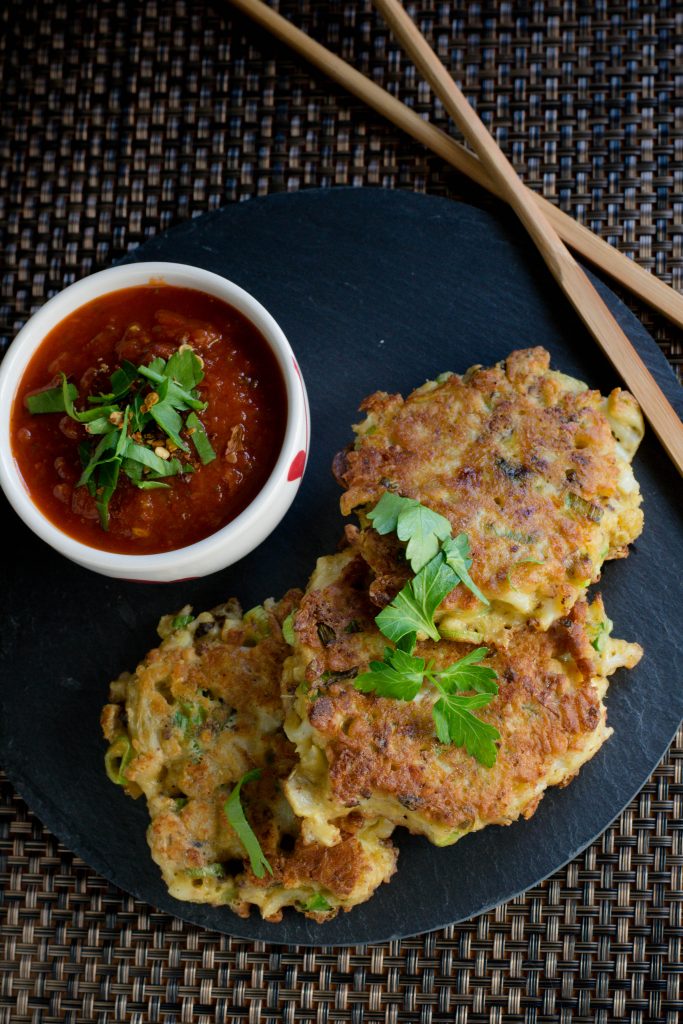 As with all things, as you age your tastes change. Today I will eat cauliflower ever chance I get. So, when okonomiyaki kept showing its face on my feed, I felt obliged to take a stab at it.

Cabbage and cauliflower have a similar tastes, so I figured it would be an easy swap. I roasted the cauliflower first using a recipe from Bon Appetit click here for the recipe . It is the best roasted cauliflower recipe. 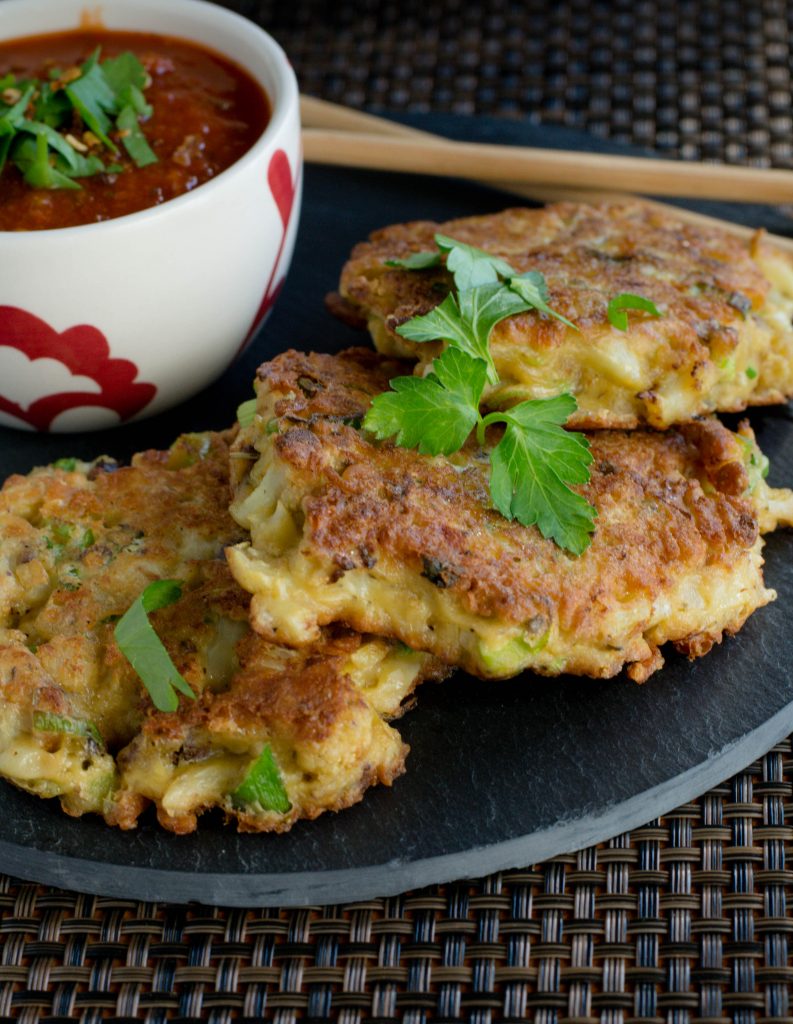 After roasting, I chopped the cauliflower into really small pieces. A few tablespoons of flour, some parmesan cheese, and green onion, to which I added eggs, a touch of soy, garlic, and salt & pepper.

The mixture will be slightly loose, but don’t panic, it will cook into the perfect croquette.

Whenever I need to scoop something, my go to tool, is an ice cream scoop. It gives you total control and all the portions are equal. Heat a skillet or griddle with nonstick cooking spray…I prefer coconut oil and scoop away. 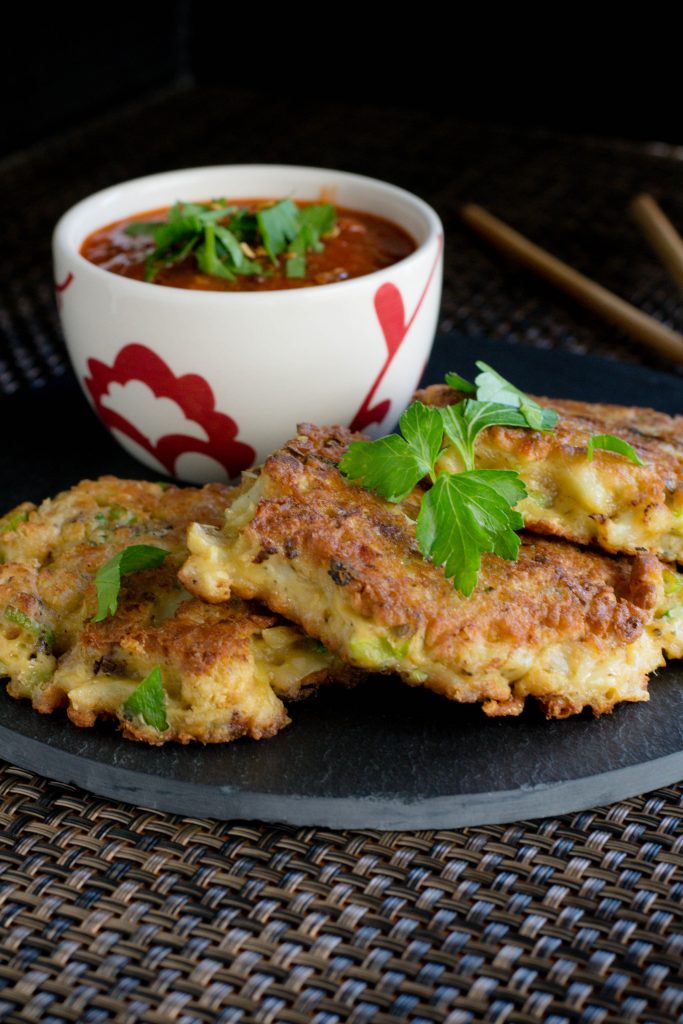 Let the pancakes, or as I called them croquettes…always gotta be different….lol… cook until golden brown and flip them. Flip them carefully or they will fall apart. Flattening them with a spatula when you first scoop them, helps pack them together.
Cook on the other side until golden brown and that’s it…serve’em up.

Since the croquettes have garlic and parmesan cheese, I went with a jazzed up spaghetti sauce. Alright…I added red pepper flakes to some jarred sauce. I had sauce in the frig I wanted to use up…….I know big fat cheater, or big fat OMG it was perfect!!

The spaghetti sauce was the perfect dipper/topping for the Roasted Cauliflower Croquettes. A garnish of parsley and it was done. 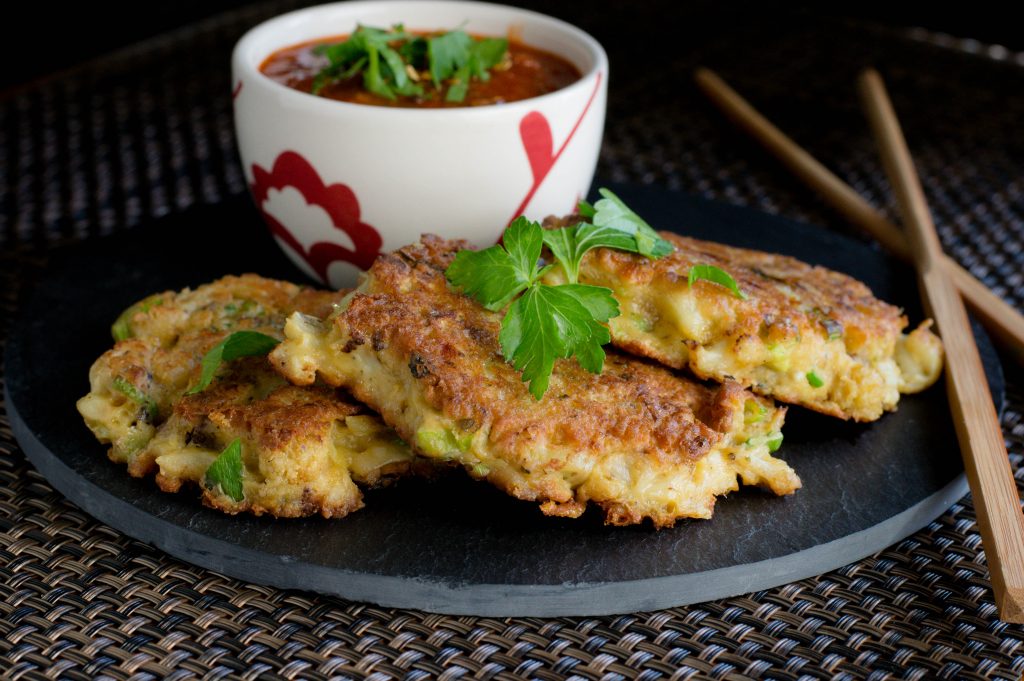 Perfectly golden brown, crispy on the outside, roasted cauliflower on the inside gives a meaty, sweet taste and the hint of spice in the spaghetti sauce…..delicious!