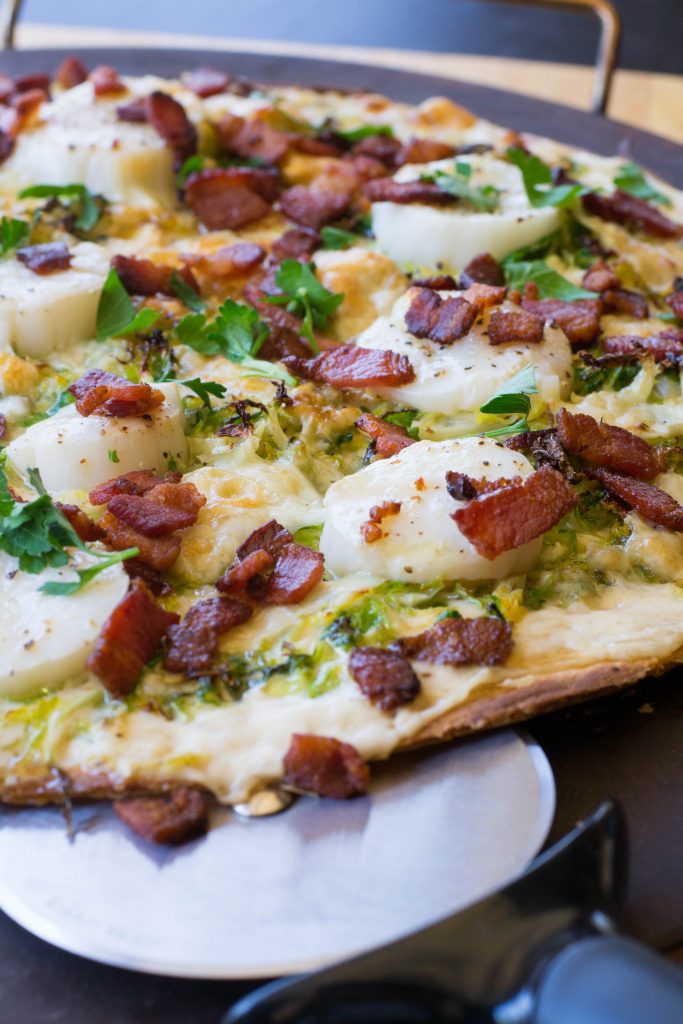 That’s a mouth full…..a mouth full of deliciousness! I have a recipe that I make often that uses scallops, bacon and brussels sprouts, I will have to share that recipe one day, but the combination of ingredients is a real taste treat.

When I was a kid brussels sprouts would not have passed my lips. then as my tastes changed, I would eat them with cheese sauce. Then entered bacon, bacon brings out the best in both scallops and brussels sprouts. 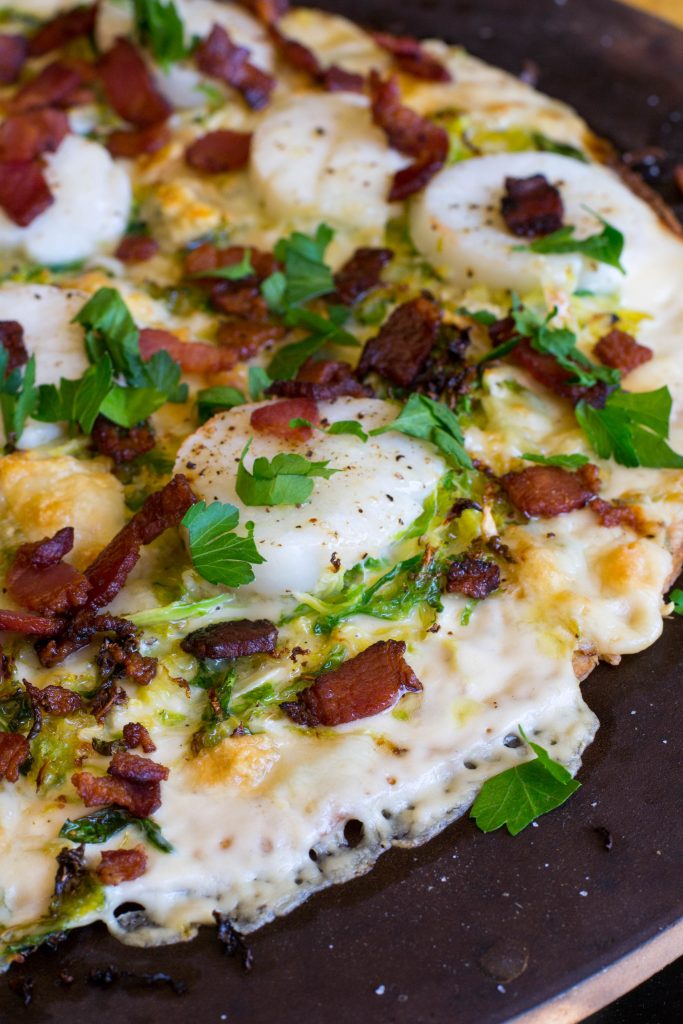 Of course bacon can make just about anything better, and has been added to so many foods and transformed them into spectacular dishes.

Now, I will try anything on a pizza, sweet, savory, so why not seafood. I’ve had shrimp on pizza before. It was good, but the flavor was lost in the traditional pizza flavoring. 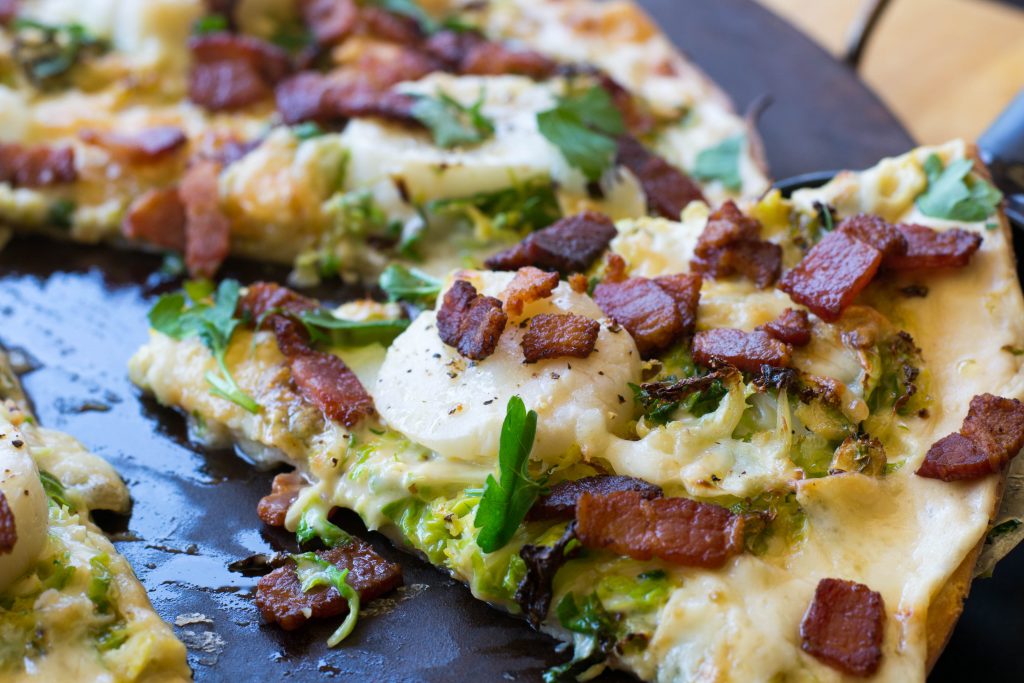 Alfredo sauce sounded like a good ‘sauce’ for the pizza. You of course can make your own, but the folks at Newman’s Own make a super Roasted Garlic Alfredo sauce that’s perfect. I love their products and love that in the last 30 years Newman’s Own has given over $450 million dollars to thousands of charities, pretty cool right?

Not bad for something that started out as homemade gifts for friends, and blossomed into a wonderful charity and produces some of the tastiest foods you will ever eat….. they even make pet food!! Newman is quoted as saying “it started as a joke and got out of control”…..so happy it did! 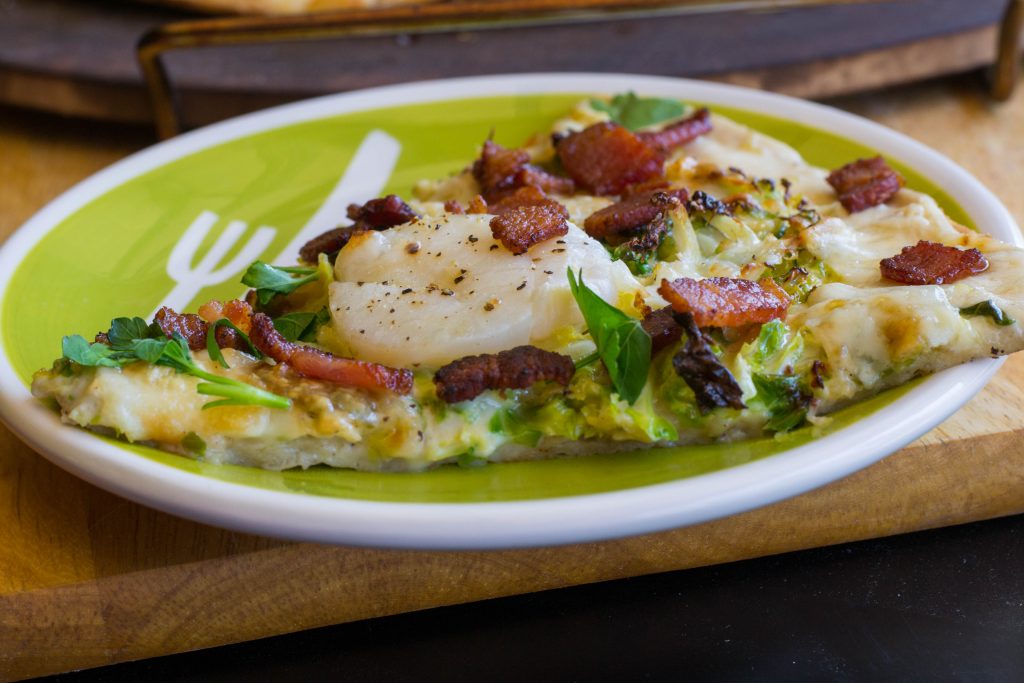 To make the pizza, fry the bacon until crispy, then drain on paper towels. And set aside.

Using some the bacon grease sauté the shredded brussels sprouts just until they start to wilt.

On a pre-made pizza crust, spread the Alfredo sauce to with in an inch or so of the edge of the crust. Top with the wilted brussels sprouts. Slice the scallops in half lengthwise and arrange on top of the pizza.
Sprinkle with parmesan blend cheese and bake. Don’t over cook the pizza……..thats why the pre-made crust. The cooking time for a traditional pizza dough would turn the scallops not rubber pucks, and that my friends would be a horrible, horrible thing. 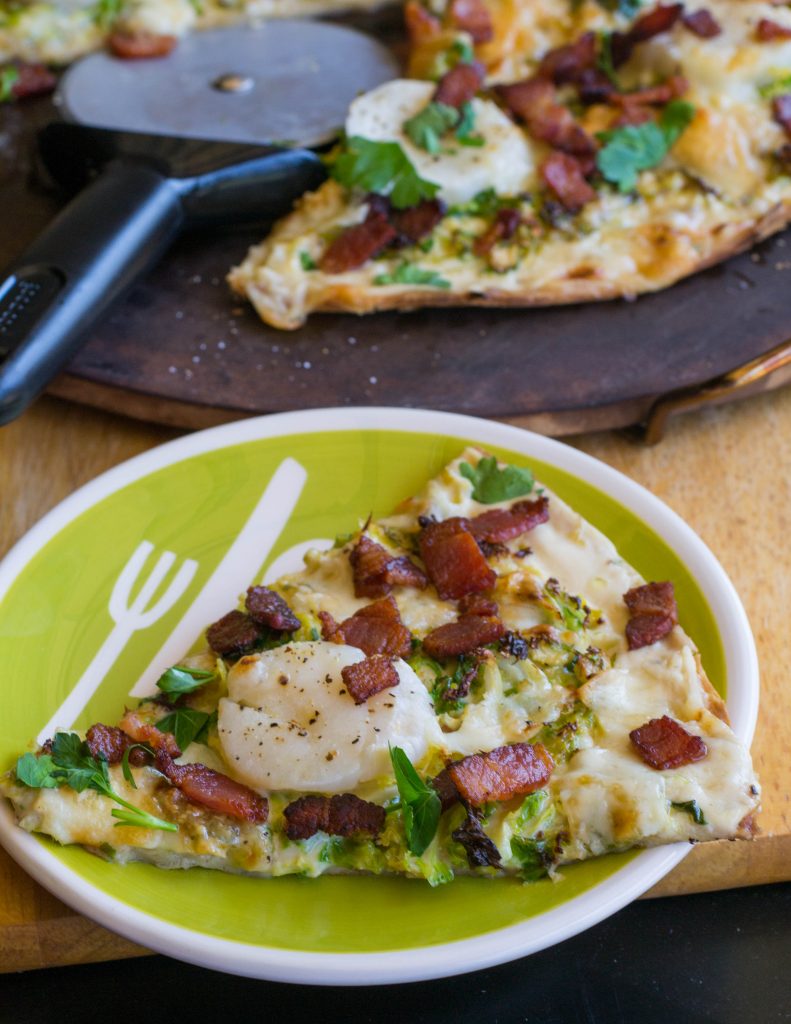 You want the scallops to just turn opaque, that will keep them sweet, juicy and tender.

Once out of the oven sprinkle the pizza with the reserved bacon. Allow the pizza to set a couple of minutes and serve.