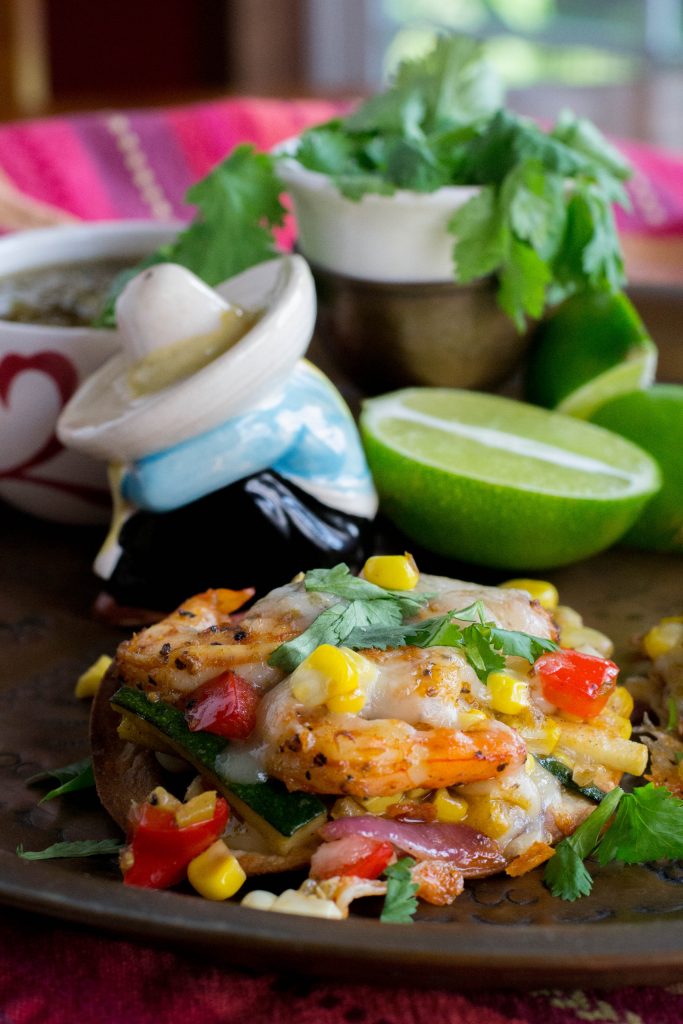 Bounties from gardens are beginning to appear. Although Tim and I do not have a garden this year, that doesn’t mean we can’t enjoy garden goodness. Local markets and roadside stands have a bounty of fresh veggies just waiting to be enjoyed. 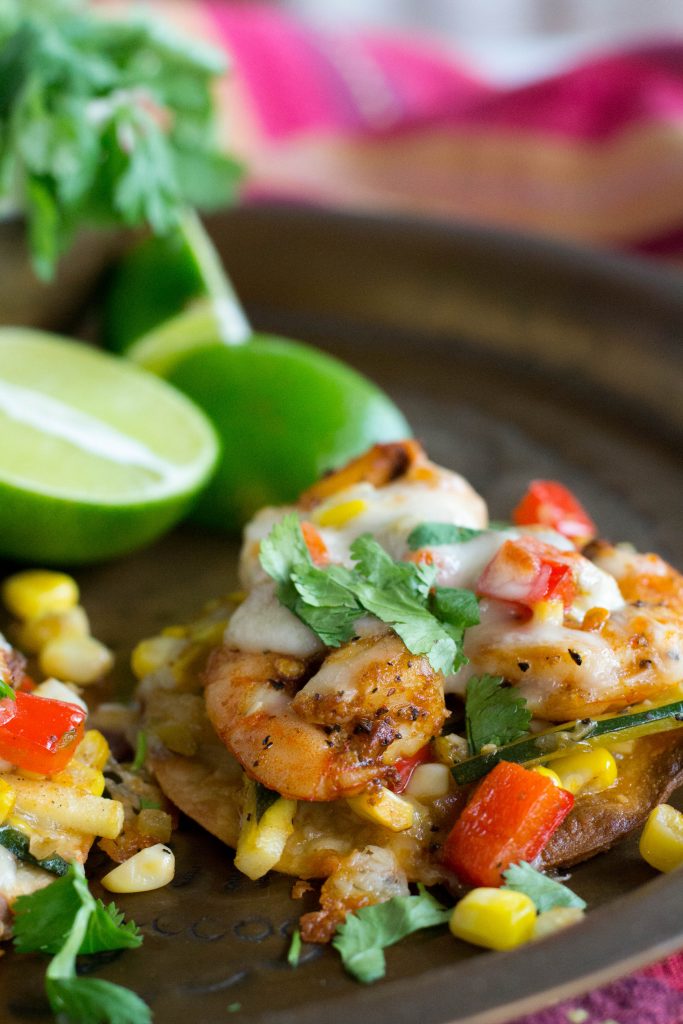 Spicy Shrimp Veggie Tostada lets you enjoy those veggies along with the deliciousness of spiced up shrimp.

A few things in the food world have my attention lately. First, mini or street tortilla shells. I love their size…not too big, not too little…….just right, and they come in both corn and flour. 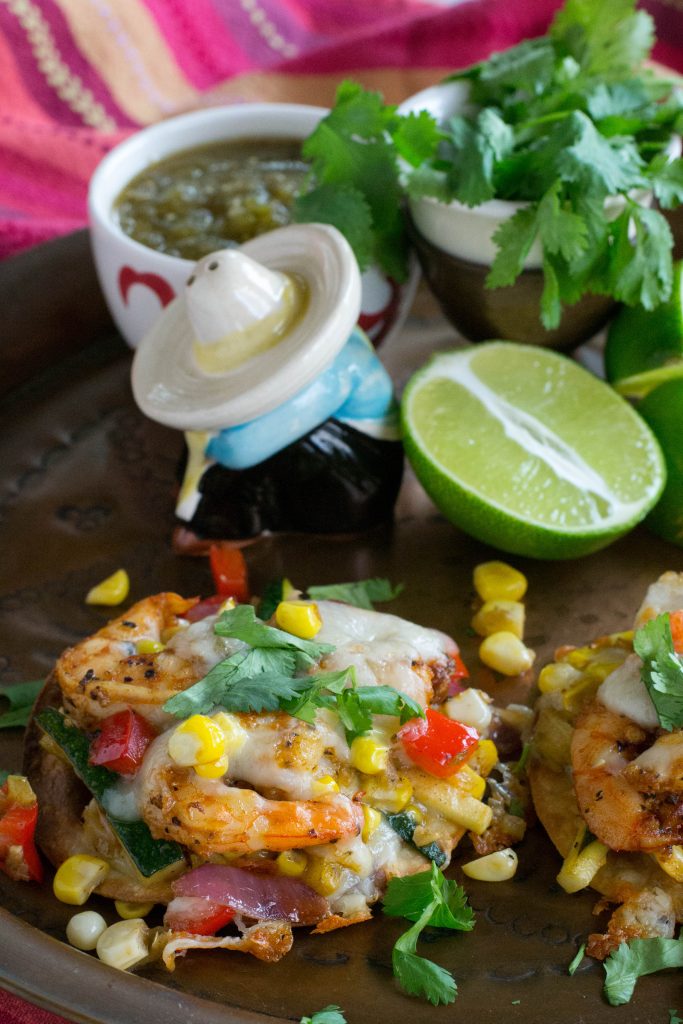 Second, smoked paprika. If you want to lend a smoky flavor to ….well anything, add a touch of smoked paprika. To make the flavor more pronounced use in dishes that will be heated as this brings out more of the flavor.

I marinaded the shrimp in a mixture of cumin, smoked paprika, and red pepper for heat. Sautéed in avocado oil…another new fav, the smoky flavor of the shrimp was delish! Avocado oil has a unusually high smoke point, great for things that need a quick cook over high heat……like shrimp. 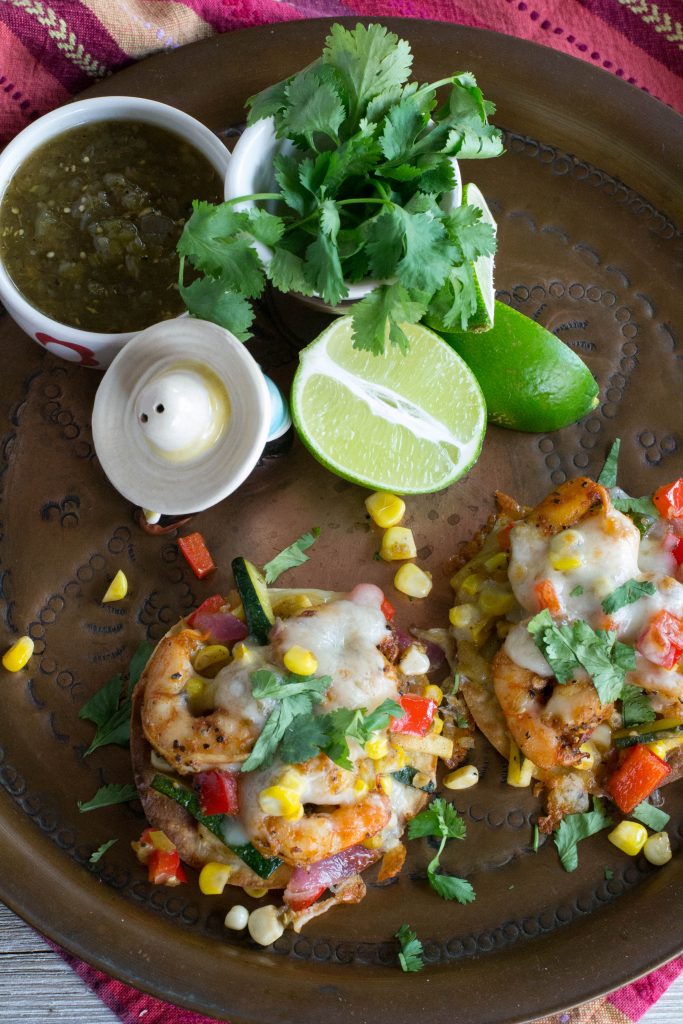 Red onion, fresh corn straight from the cob, zucchini, and red pepper are a perfect veggie combo. Cook them in the same pan as you did the shrimp so they pick up all the flavor from the spicy shrimp. Toss in salsa verde. Salsa Verde which means “green sauce” is a tomatillo based sauce popular in Mexican cuisine. Tim loves it!!

Mini corn tortillas are baked to crisp them up. You can fry them in oil also, but baking will keep the calories down. Top the crisped tortillas with the veggie mixture, shrimp and Monterey Jack cheese. Under the broiler for a few minutes to melt the cheese. 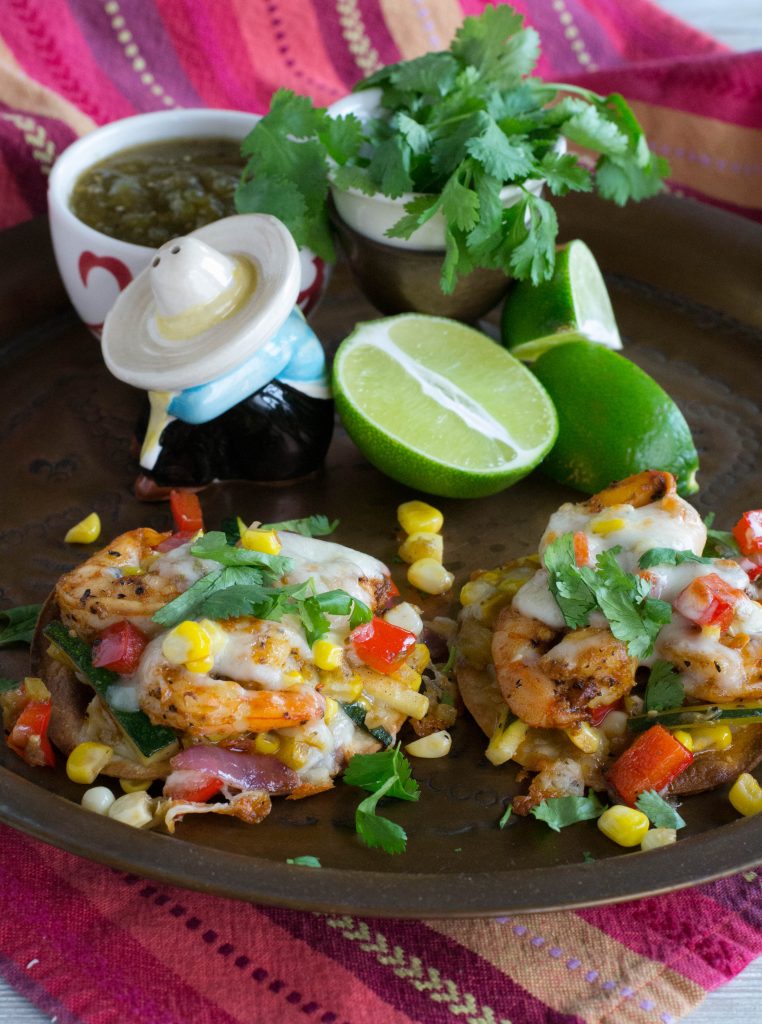 Monterey Jack cheese originated in the Monterey Region of California. Made by friars, and American entrepreneur named David Jack began selling the cheese all over California and it became know as Jack Cheese. Jack cheese is used in Mexican and Spanish cooking. With a mild flavor, and the ease with which it melts, makes it perfect for Spicy Shrimp Veggie Tostadas. 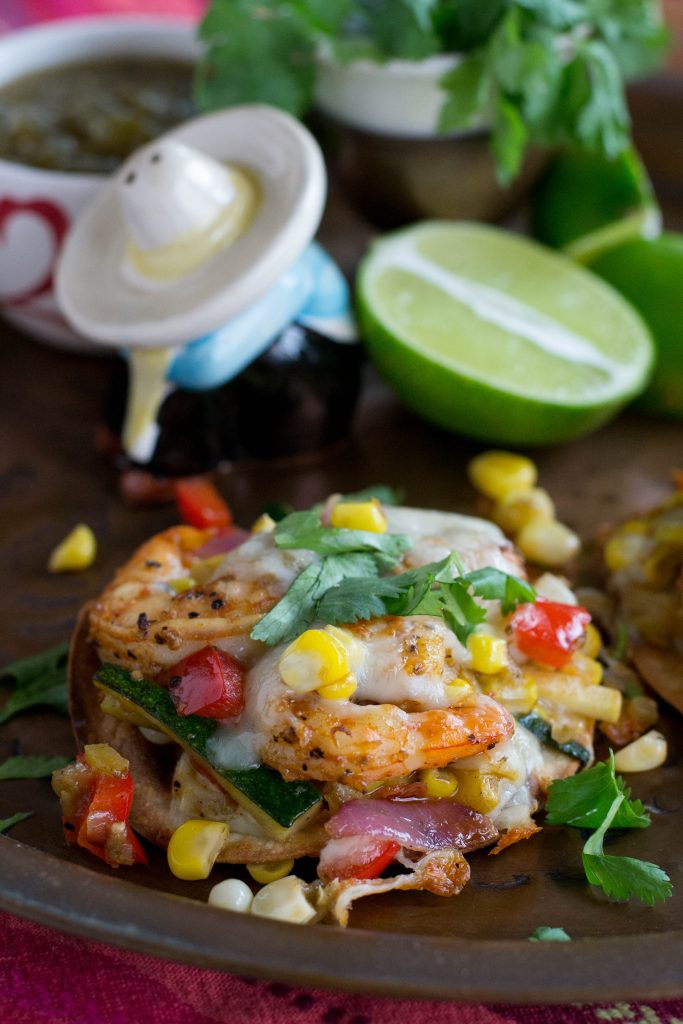 * You may depending on the size of shrimp have enough to do more than three per tostada.