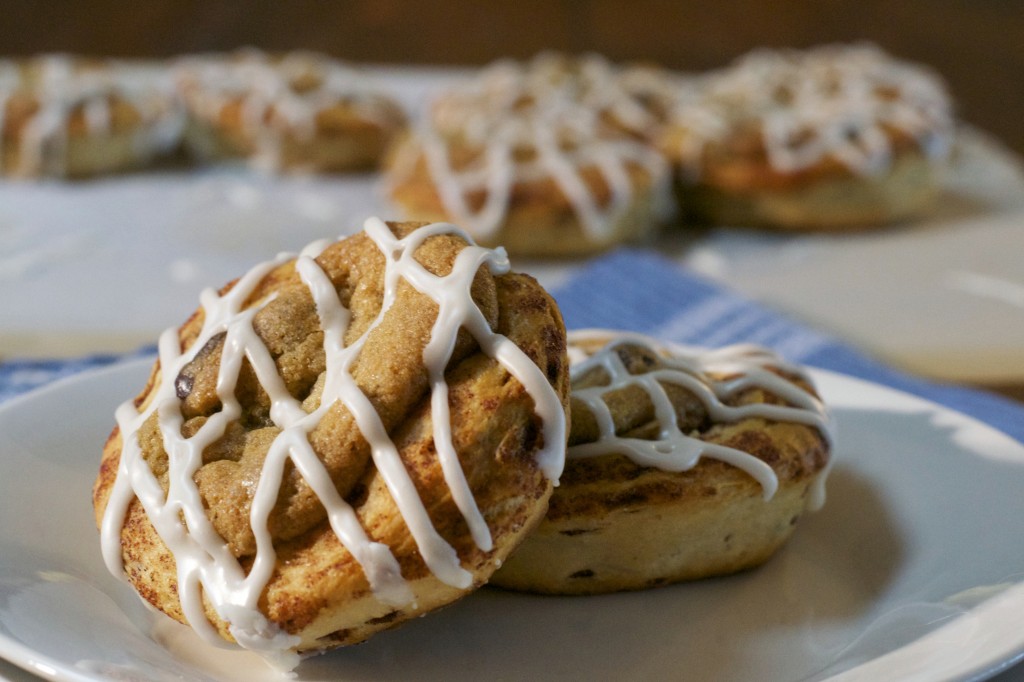 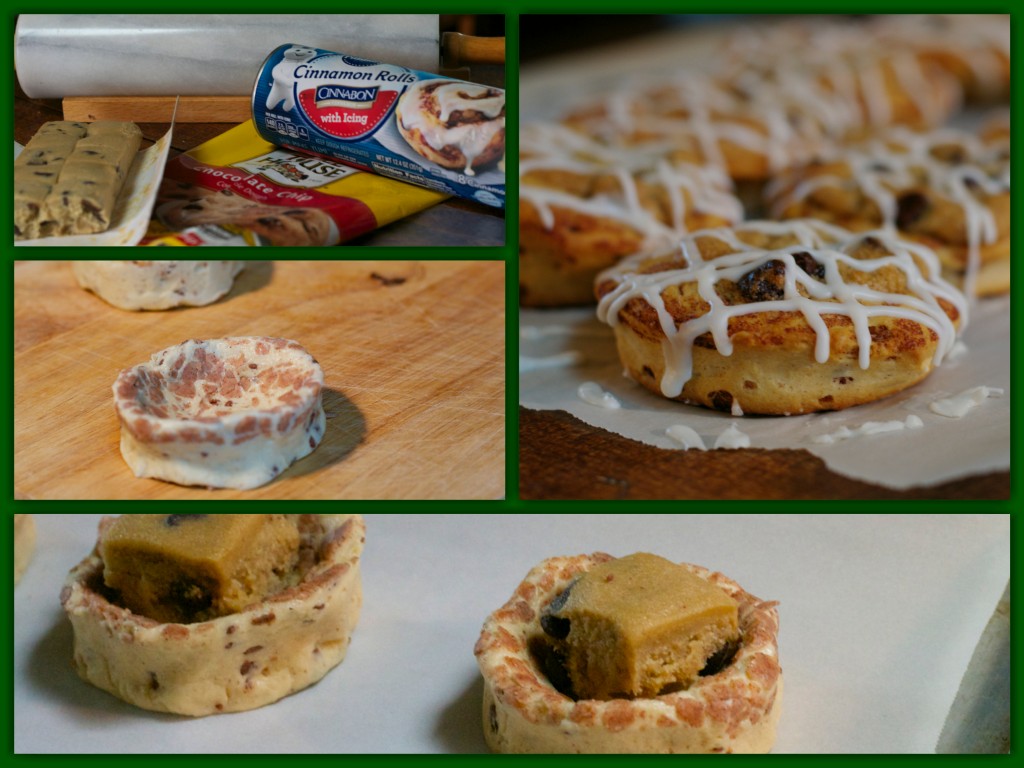 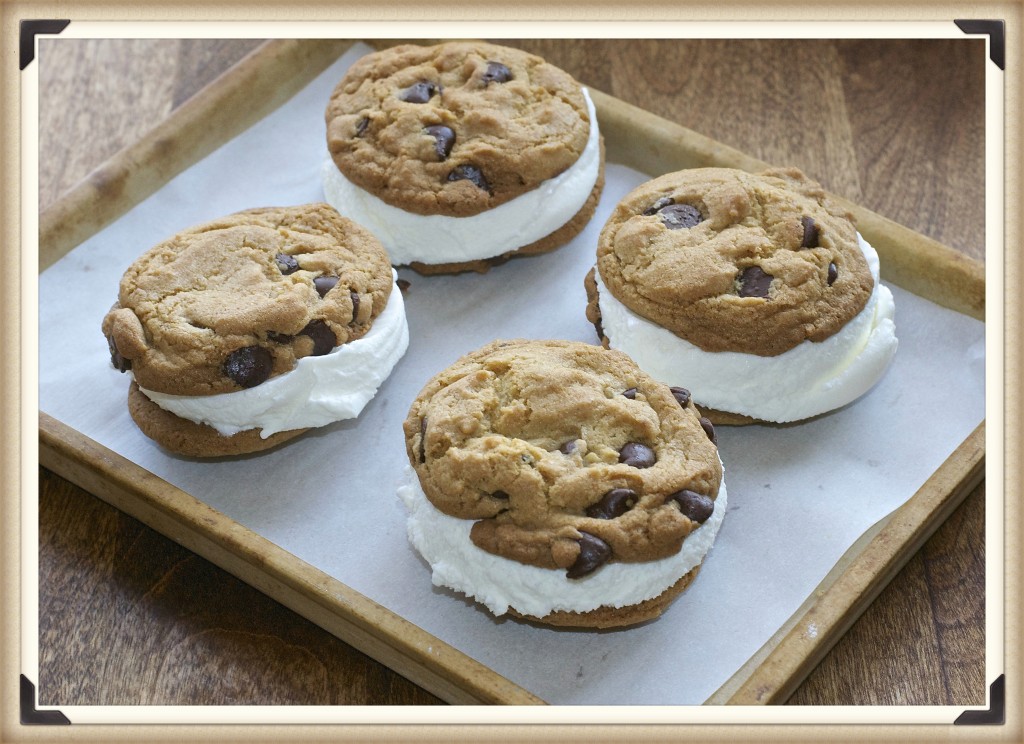 My biggest problem with this post is how much can you say about a Mini Chocolate Chip Ice Cream Sandwich?

Chocolate Chip cookies are by far the best cookie in the world. They are loved by children and adults alike. It is a memory from everyones childhood……..the Grandma, Mother, or favorite Aunt who made the best cookie you ever had.

Ice Cream…….well, my love affair with it goes wayyyyyy back. Hot summer nights, a drive to town (yes I lived in the country as a girl) with the 2-55 air conditioning, for an ice cream cone from the Dairy Freeze. All towns had that place, the one that was only open in the summer, and served soft serve ice cream cones and sundaes with hot fudge that was warm but cool.

So, mixing the two tastes blends two childhood memories perfectly. The beauty of this recipe is that is makes just enough for you and someone special for a cool treat, and a walk down memory lane.

For this recipe I used the Perfect Single Size Chocolate Chip Cookie Recipe from No.2 Pencil. For my Mini Ice Cream Sandwiches I used a small ice cream scoop and made 8 small cookies. Once baked and cooled, I used a scoop of ice cream, and made four mini sandwiches. Back in the freezer for a while and done! 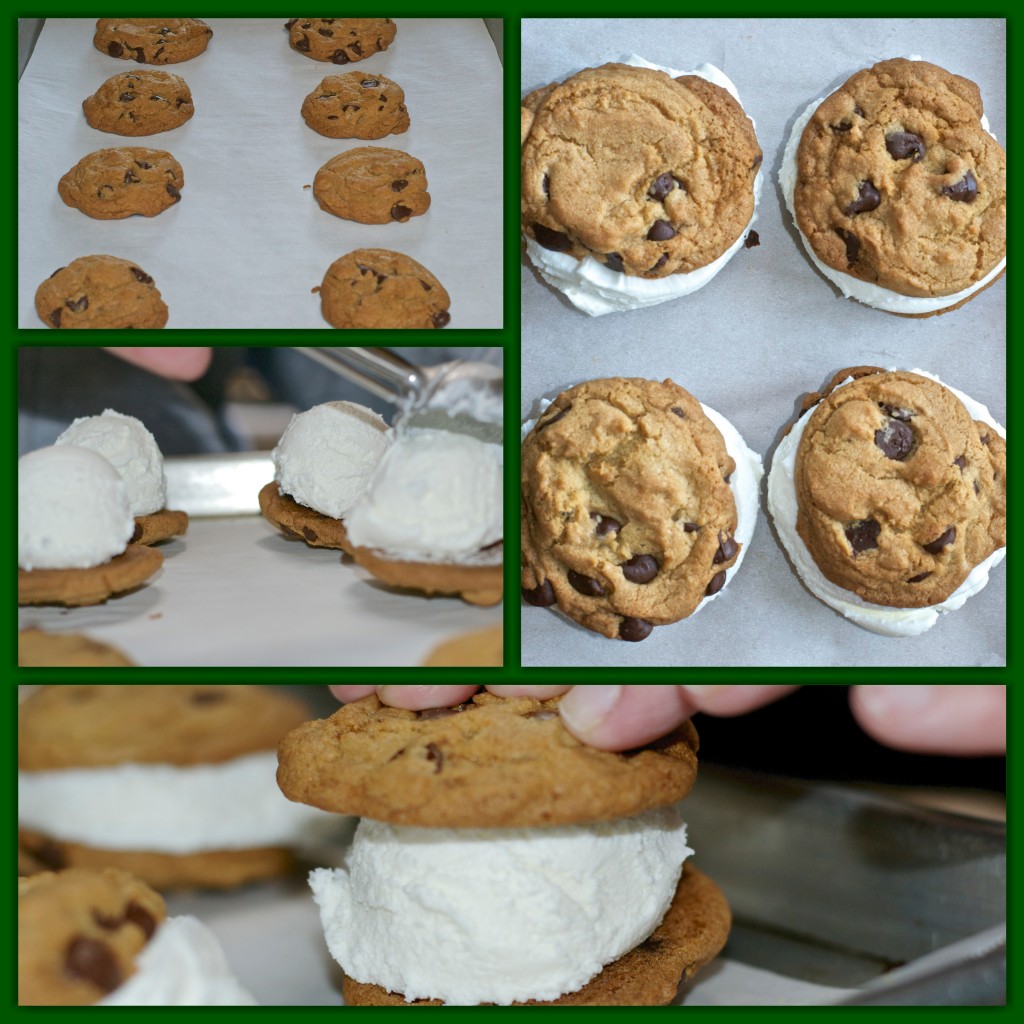