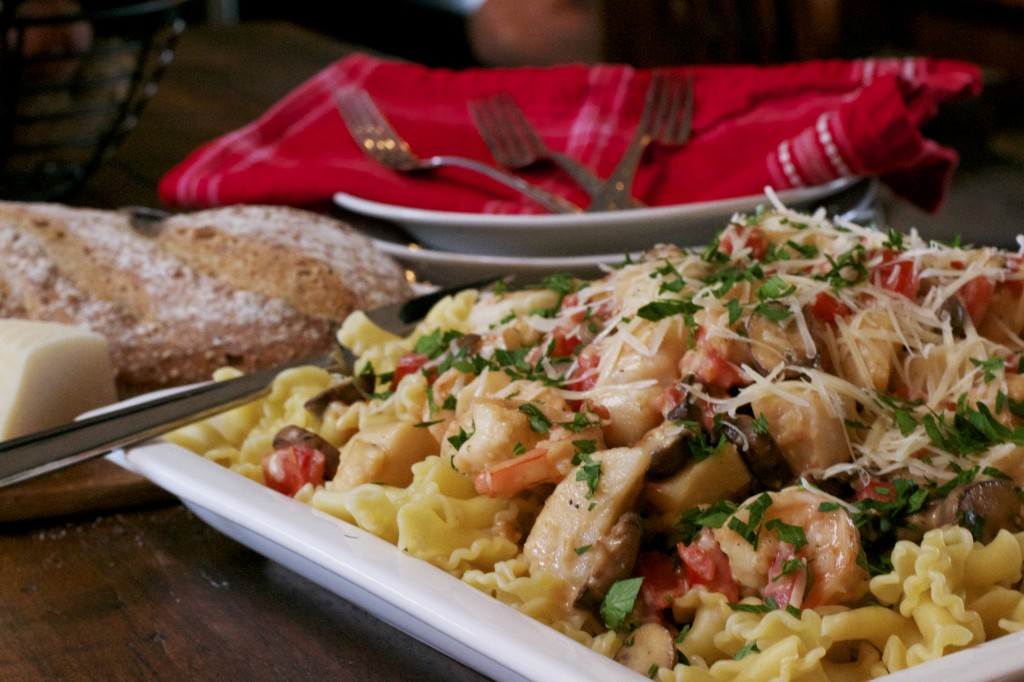 Seafood and pasta……..a match made in heaven. There is something about seafood, that when combined with pasta and something creamy, turns those ingredients into the yummiest thing ever!

I was going through some of my old recipes……….I have tons of them……. I have been collecting them since I was in High School. Home-Ec classes were my favorite. So, along with Home-ec and influences from my Grandmother, I have always loved to cook ……..it’s my way of showing love to friends, but mostly to family. 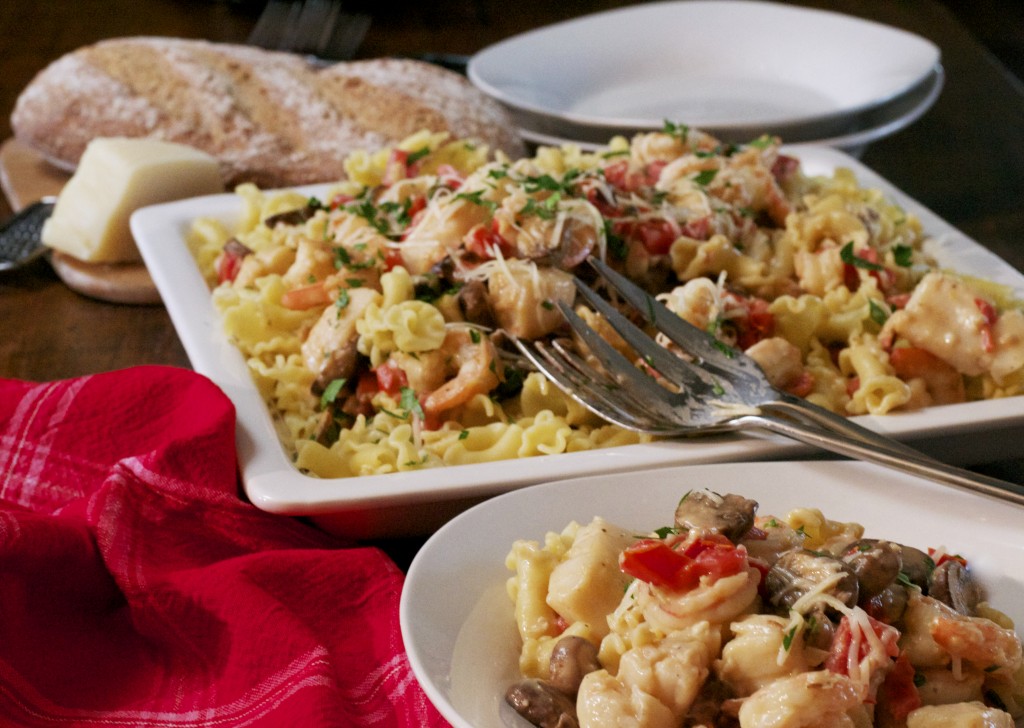 Tim’s twin brother Tom is here from the Philippines, and we wanted to stay in and have a nice dinner (we wanted to show Tom a little love) and watch our new TV……….48″ Sony with a new sound bar. So, while going through those old recipes, I found a seafood pasta dish called “Monterey Seafood Pasta”. I have no idea where I got the original recipe. After a bit of rewriting, I made it last night and the result was wonderful………creamy, a little bit spicy, with mushrooms and tomato, and of course the star of the show, the seafood. We added a loaf of crusty whole grain Italian bread and both Tim and Tom said it was a tasty pasta dish. Tim looked at me while eating and said “complements to the Chef”. If I can please my spice loving husband, it is a success! 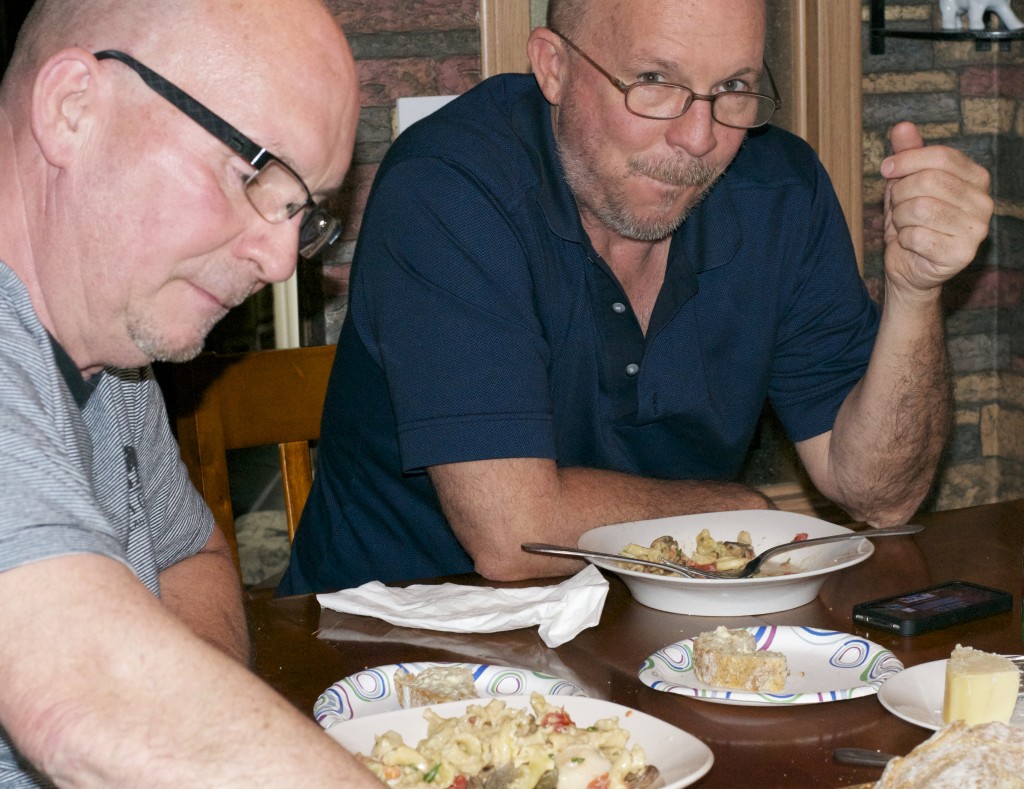 We never made it to the TV portion of the evening ………well, Tom did, we got him hooked on one of our favorite TV shows “Blacklist”……..but Tim and I were pooped, so off to bed we went! Can’t wait to watch our favorite show on the big screen……..maybe with a bowl of Monterey Seafood Pasta ……….:) 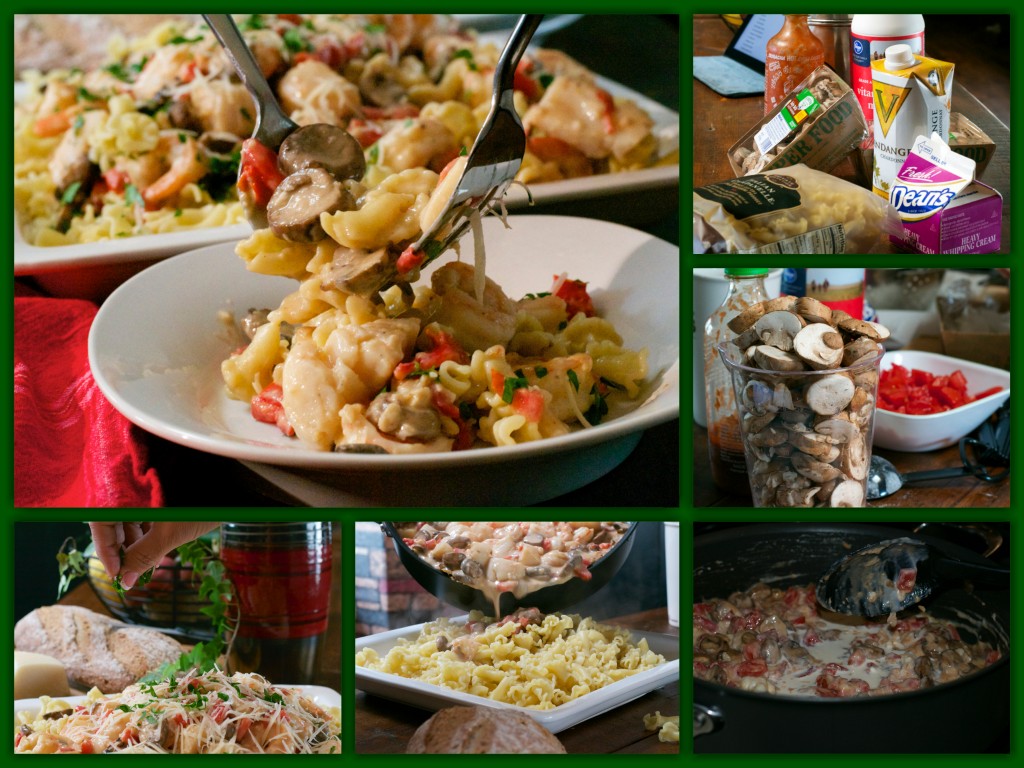 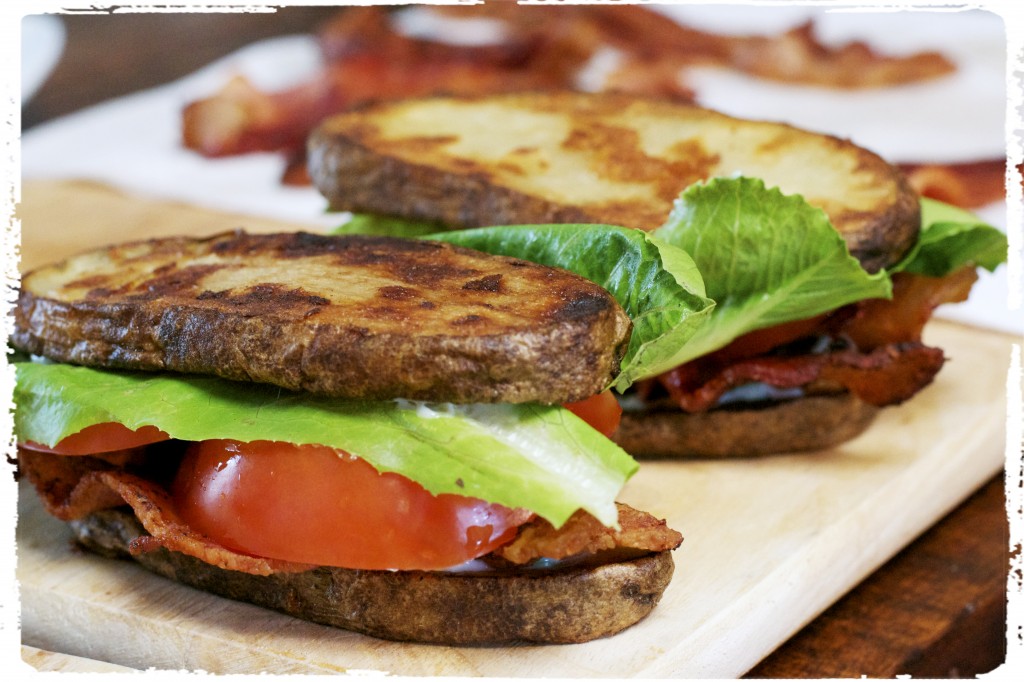 You make a really nice dinner…..you make baked potatoes………dinner is over……..What do you do with the left over bakers?????

This is more of a method than a recipe. The standard BLT is made up of five ingredients: bacon, lettuce, tomato, mayonnaise, and bread. The BLT evolved from the tea sandwiches served before 1900 at a similar time to the club sandwich. The first “recipe” for a BLT was published in the 1903 Good Housekeeping Everyday Cook Book, a recipe for a club sandwich included bacon, lettuce, tomato, mayonnaise and a slice of turkey sandwiched between two slices of bread.  But, everyone has their own way of making BLT sandwiches………. some  like toast, some like variations on bread, which is where my recipe…….a.k.a. method comes in.

Tim and I had a really nice steak and potatoes dinner one night. My intention was to make potato salad with the remaining potatoes. I was working on a BBQ recipe and we all know that BBQ needs either cole slaw or potato salad. That being said, I also have a ton of lettuce in my garden to use. Tomatoes are not ready yet………we had a very late start to the growing season here and a very cool summer so far, so things are not quite where they should be……but I digress. We also had some bacon to use up.

For me, a traditional BLT is on toast with chips on the side…….hmmmm……….why not use the potato for the base of my BLT. At first I was going to just warm up the potatoes and fill them with the BLT stuff, but as I looked at the potatoes I kept seeing bread. If I sliced them and sautéed them, maybe they would hold as the the bread………Glory Hallelujah it worked…..The “bread” for my BLT worked!!!! 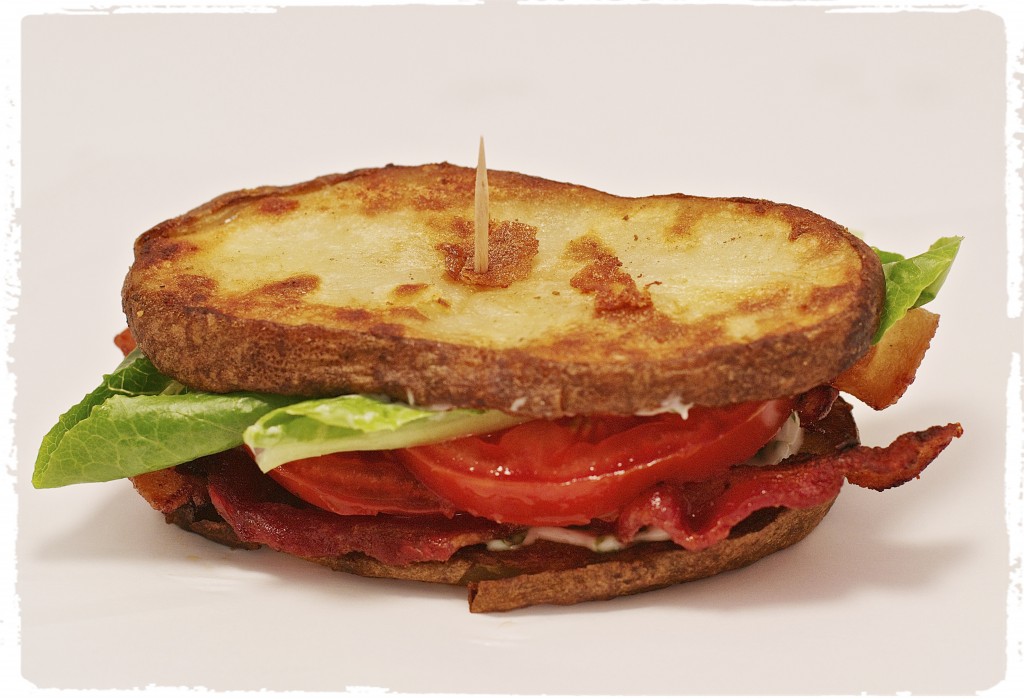 So the next time you are looking for something to do with those……..leftover potatoes……….try our BLT Potato Sandwich! 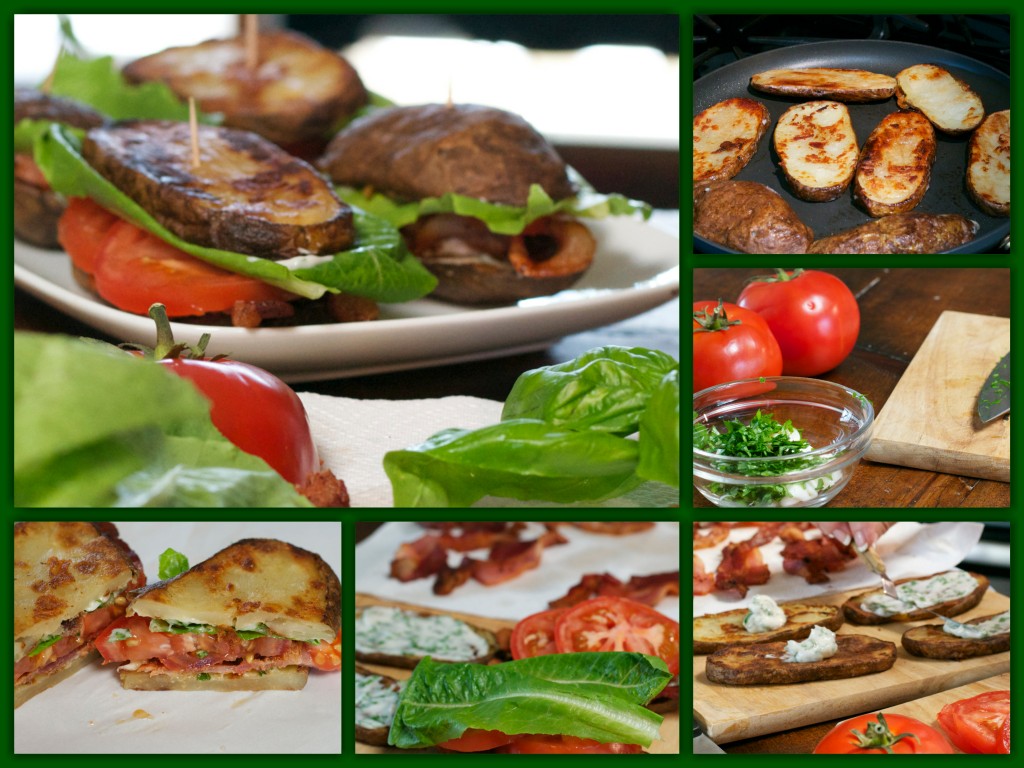 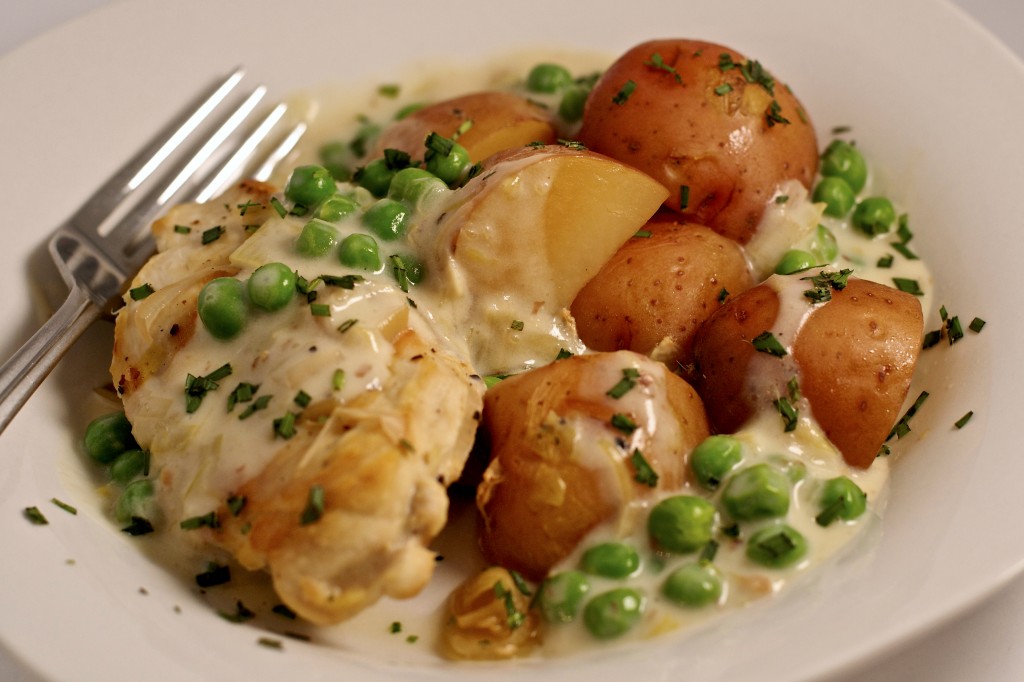 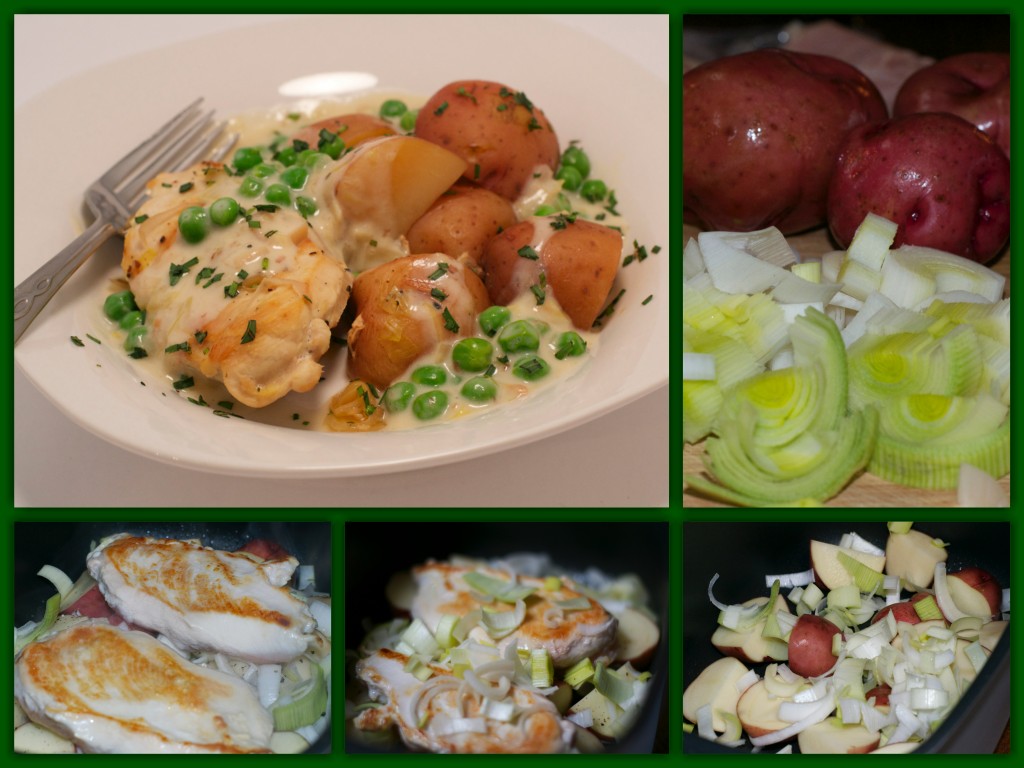