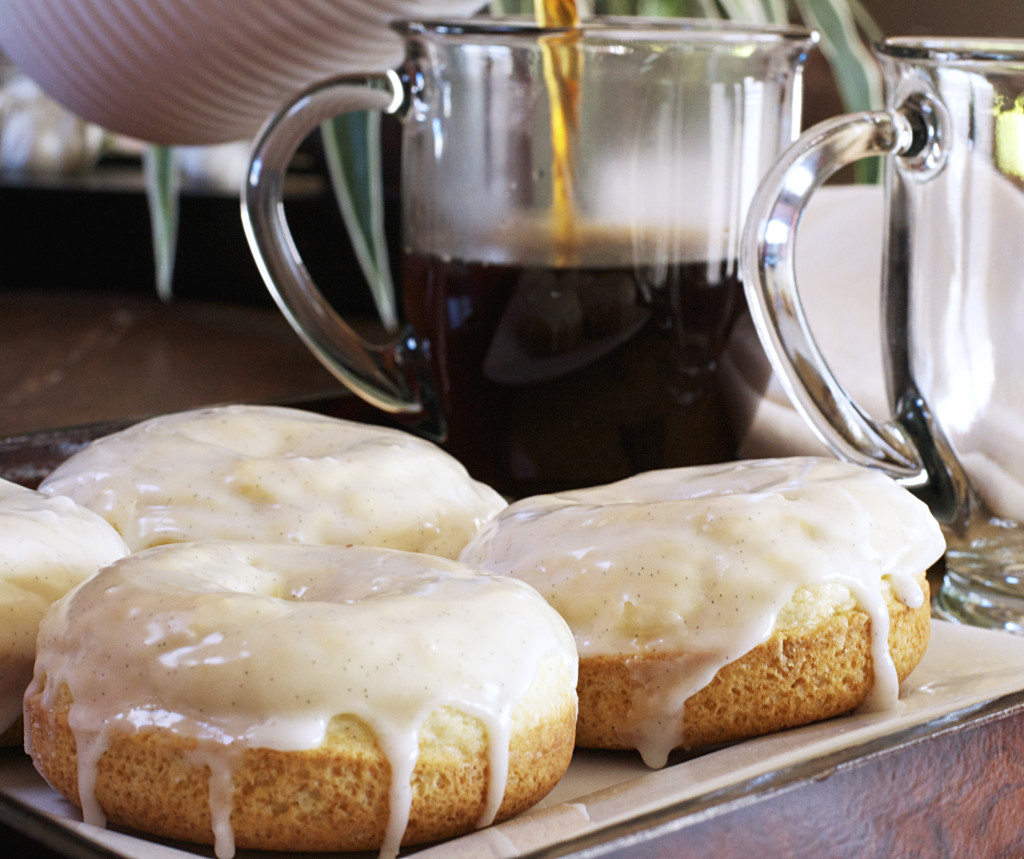 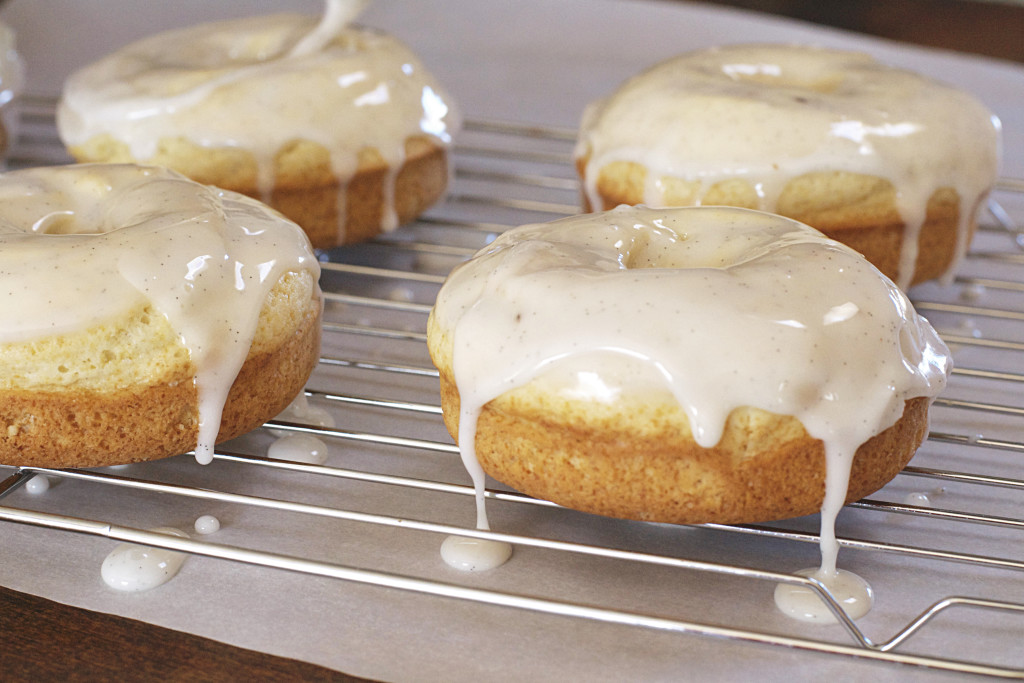 My own love of donuts started in those donett days and grew as I did. There were several bakery’s that had these amazing donuts, which are now all closed 🙁 When I was the manager of the local grocery store bakery, the lady who made donuts had a gift……..to this day hers are the best I have ever had.

Now, I knew I couldn’t make donuts like those, that in the past made my mouth water just thinking of them…….but I was gonna try!

I had purchased a donut pan to make gluten free chia bagels……check out the page on Chia Seeds in our What the “Forks” Healthy page. I figured, I had the pan so, I should at least try donuts. I am soooo glad I did! 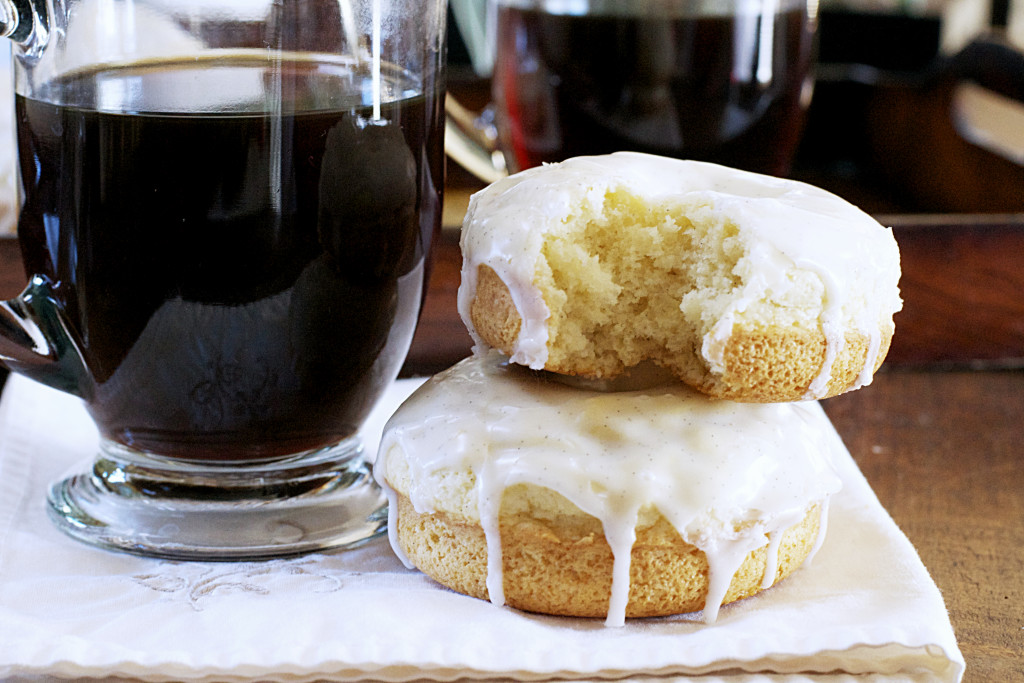 Not only were they super easy to make, they baked up beautiful. They kept well also……we had them two days in a row. Perfect Sunday breakfast for laying around reading the paper and drinking coffee. Then for a grab and go on Monday morning as you go off to work. Now, I am not advocating donuts everyday, but once in a while…….absolutely!

Little tip for getting the batter into the donut pan…..put the batter into a ziplock bag and cut off a tip and squeeze it into the pan.
I wish I could tell you that by baking them you will save oodles of calories…….but that would be a lie. So make Baked French Vanilla Glazed Donuts for a special treat and relax about the calories………… 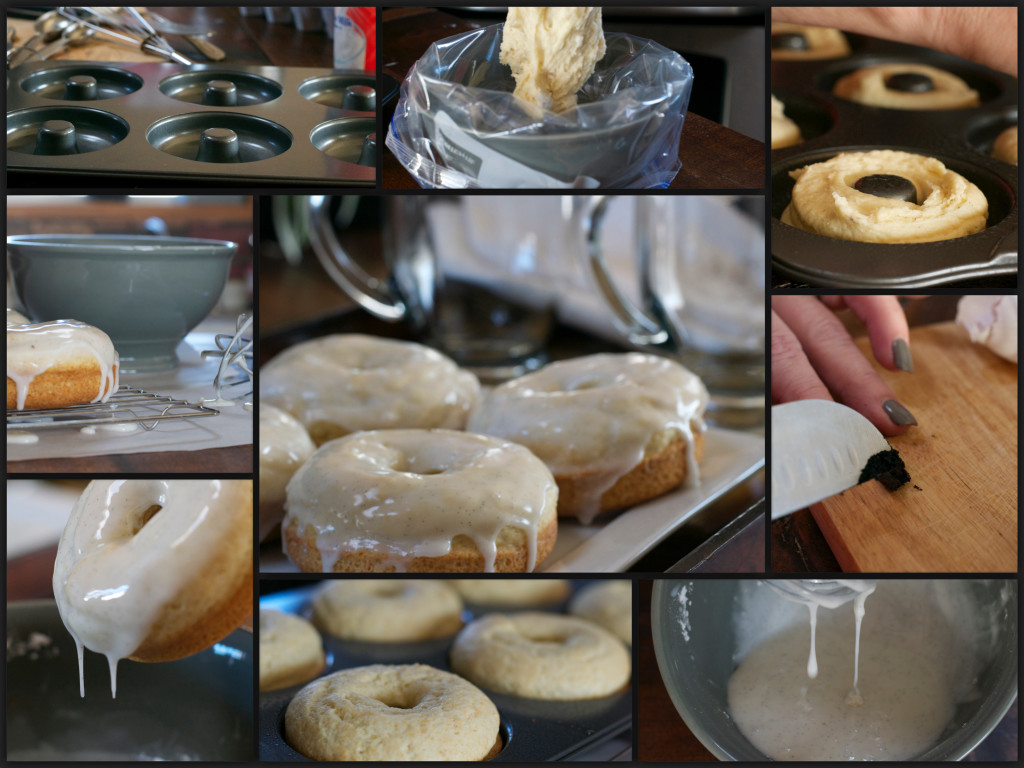