Tim and I made bratwurst several times during the summer months (try our Brussel Brats with Honey Mustard Sauce ). As usual, we had leftover buns, go figure….. I have been using brioche buns, something about the fluffy sweetness I really like. But what to do with those leftover buns? Cinnamon Sugar French Toast Sticks, of course. 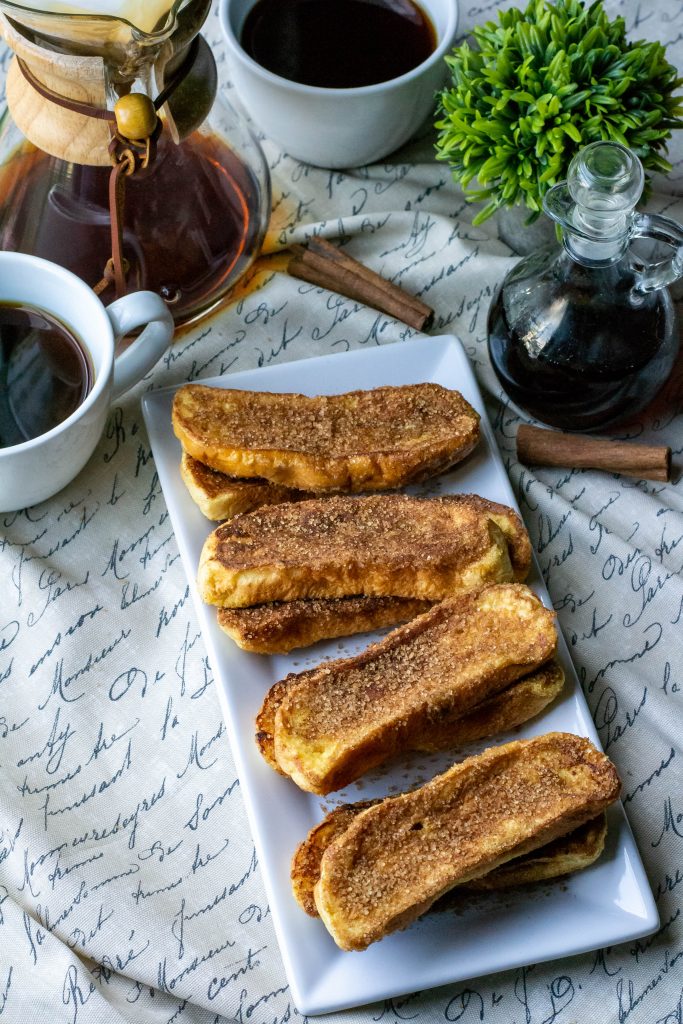 One of our favorite breakfasts is French Toast Sticks. Our  3 Ingredient Cinnamon French Toast Loaf is delicious and crazy easy to make. 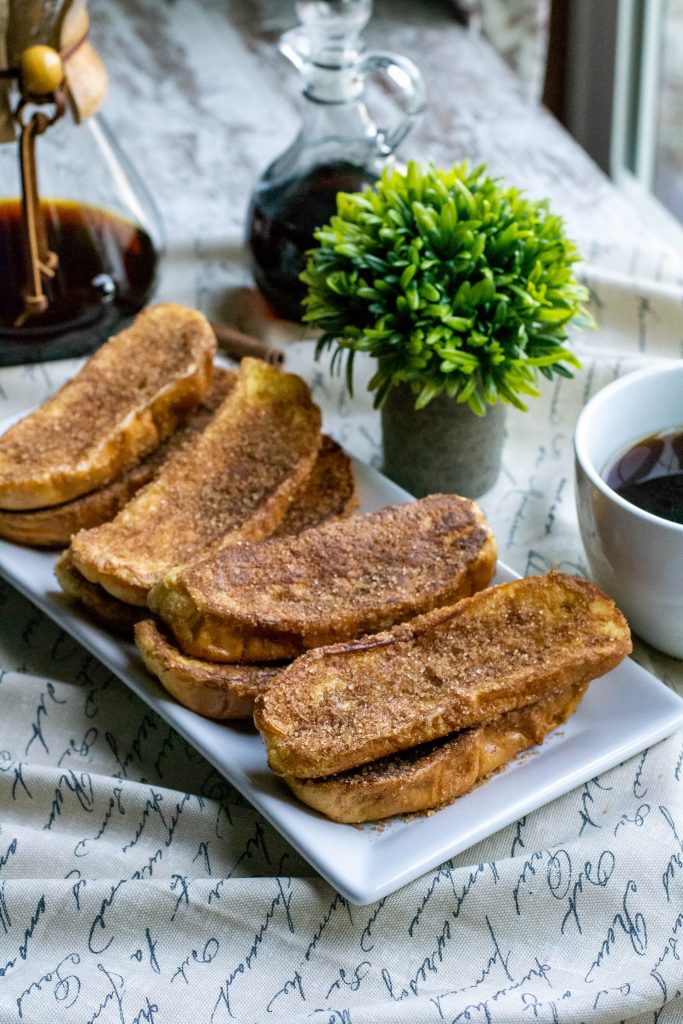 But as we are back to school, I was thinking about kids and families. Hot dog buns would make great french toast sticks. Cutting a bun in half lengthwise – most you can just tear. Dipping them in a creamy egg mixture and once cooked, dredging them in a cinnamon-sugar mixture…..yum!! 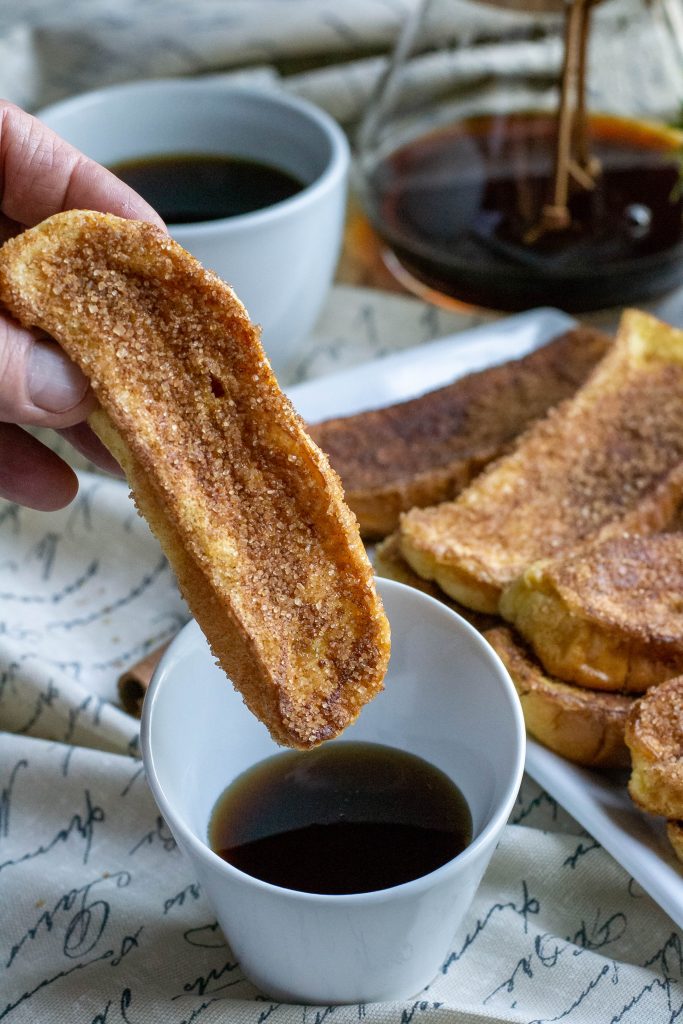 The cinnamon-sugar mixture gives the outside an extra crunch, especially with turbinado sugar. 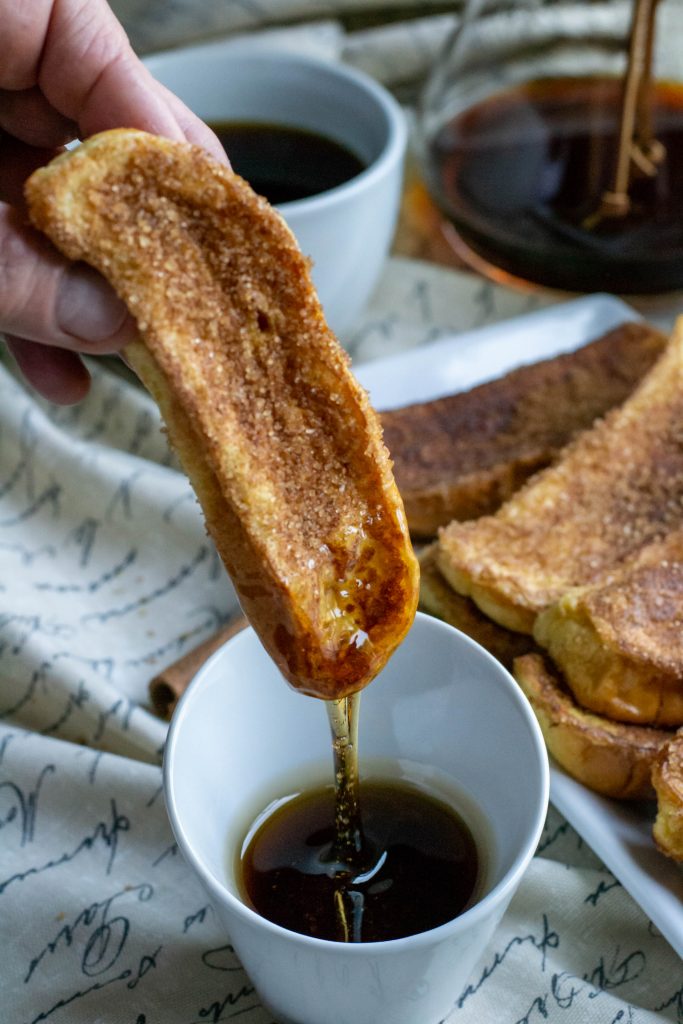 Next time you have extra hotdog buns, brioche or not, try making them into Cinnamon Sugar French Toast Sticks. Your family will love them.

Slice hot dog buns in half and place on a baking sheet. Allow to sit for about 30 minutes. This makes them slightly stale.

In a large bowl, whisk together egg and heavy cream until thoroughly combined.

In a shallow bowl, mix the turbinado sugar and cinnamon until well mixed.

Spray a large skillet with non-stick cooking spray and place over medium-high heat. Dip each hotdog bun (stick) into the prepared egg mixture, turn over a couple of times, then place on skillet. Do not soak the buns as they will be soggy.

Cook until golden brown on one side, then flip and continue cooking until the sticks are golden brown and slightly crisped on all edges.

Immediately when removed from the pan, dip the cooked sticks into the cinnamon-sugar mixture coating all sides. Repeat with all sticks.

Serve with your favorite syrup or french toast topping.