This is the story of Grilled Turkey Pepperoncini Melt. 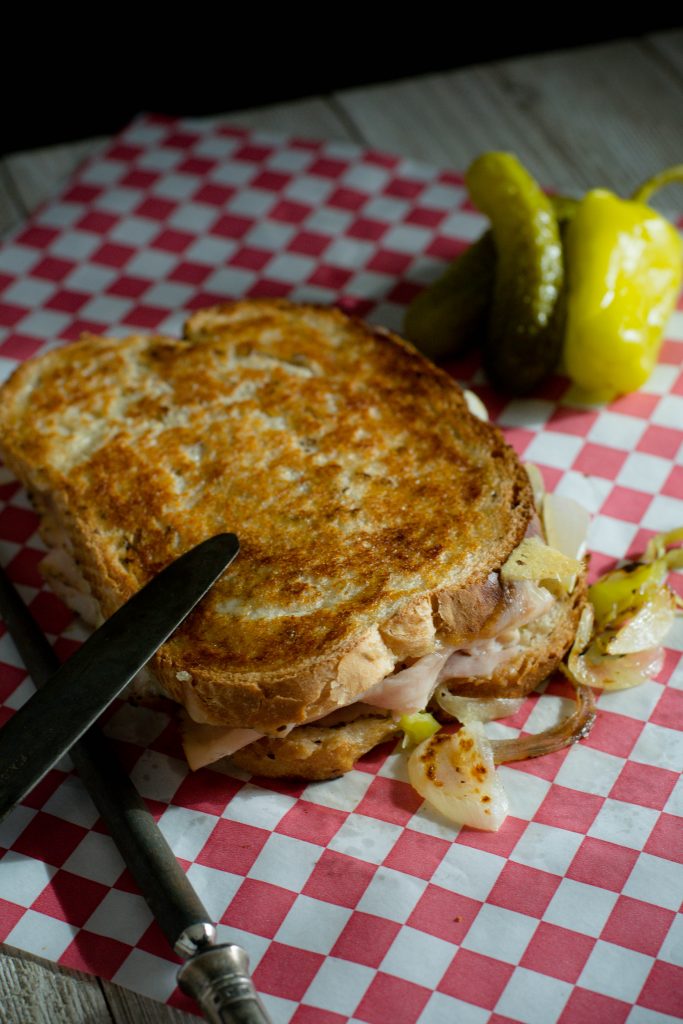 In the restaurant business you always get requests from customers to “make me something good/ different”………you always try to please the customer. Besides, it’s fun to make up new dishes.

Tim invented Grilled Turkey Pepperoncini Melt for a customer in a place called Waldo Stubbs. Tim and I both worked at Waldo Stubbs and Tim later owned the restaurant.
Sliced turkey piled on rye bread, with swiss cheese, and a mixture of onion and pepperoncini peppers sautéed in butter. The sandwich is then grilled to golden perfection. It’s like a grilled cheese on crack!! 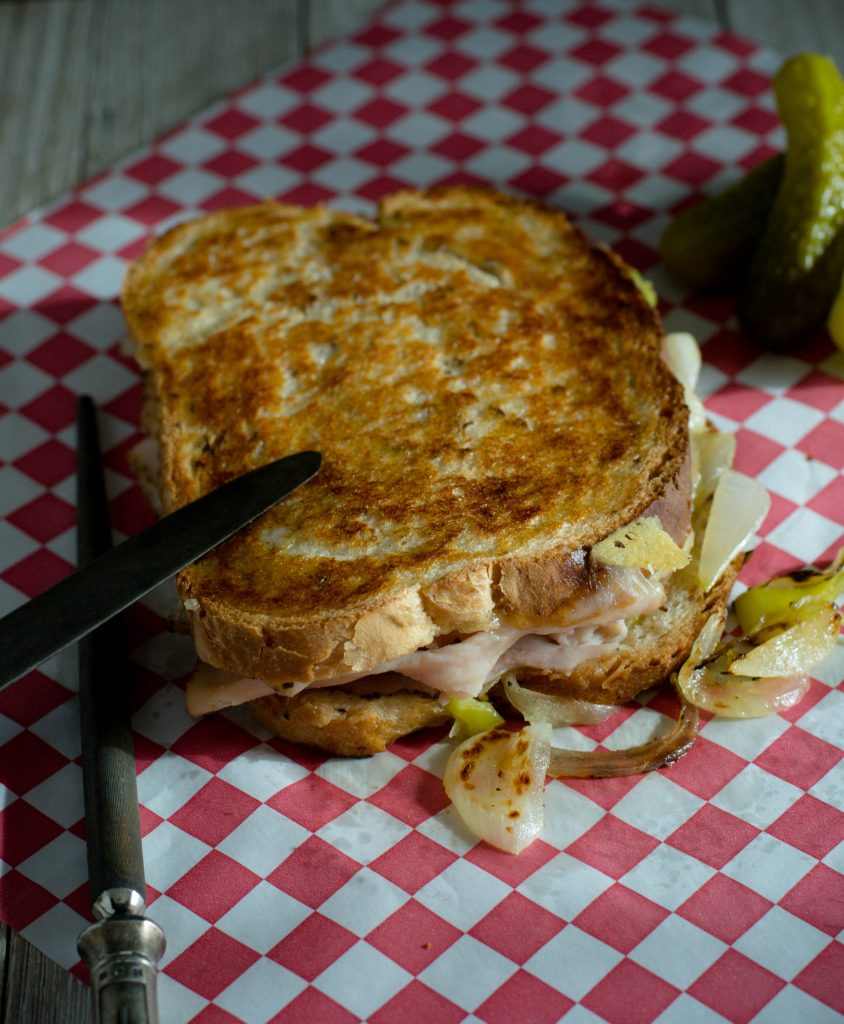 I must admit when Tim first mentioned this sandwich, I though OK ( puzzled look) why turkey on rye….doesn’t ham go on rye?? Now I know why (smart girls a rhymer….lol) …….this sandwich was awesome, gooey swiss cheese and a hint of heat from the peppers…….it was delicious!! 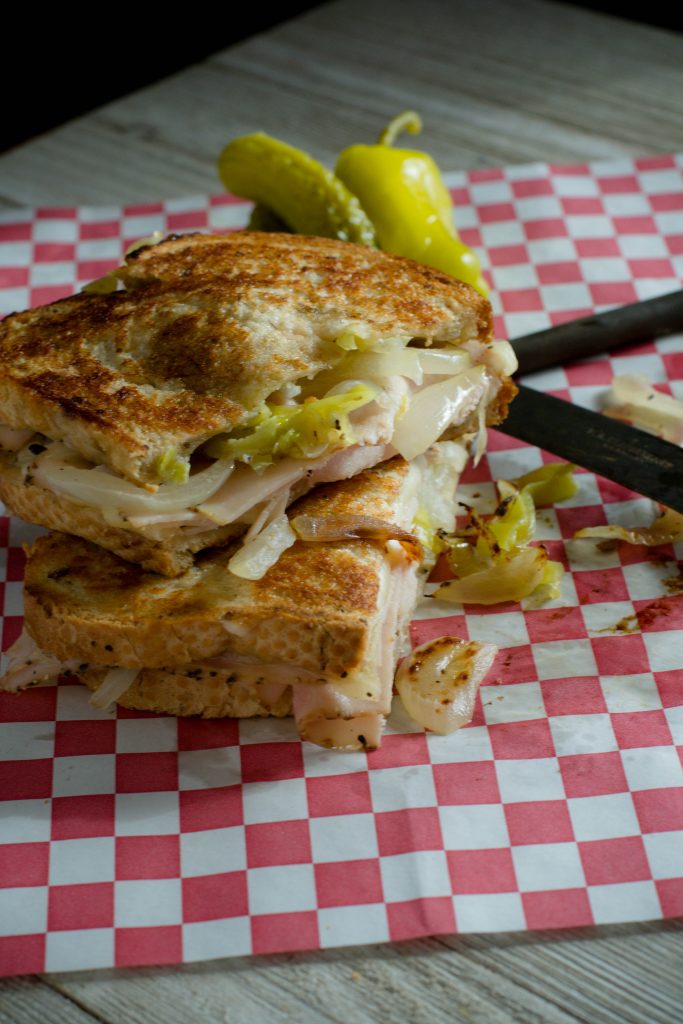 Later, this sandwich was put on the menu and named after a customer at Moonlight Bay (another restaurant Tim worked at), we think it is still on the menu today. 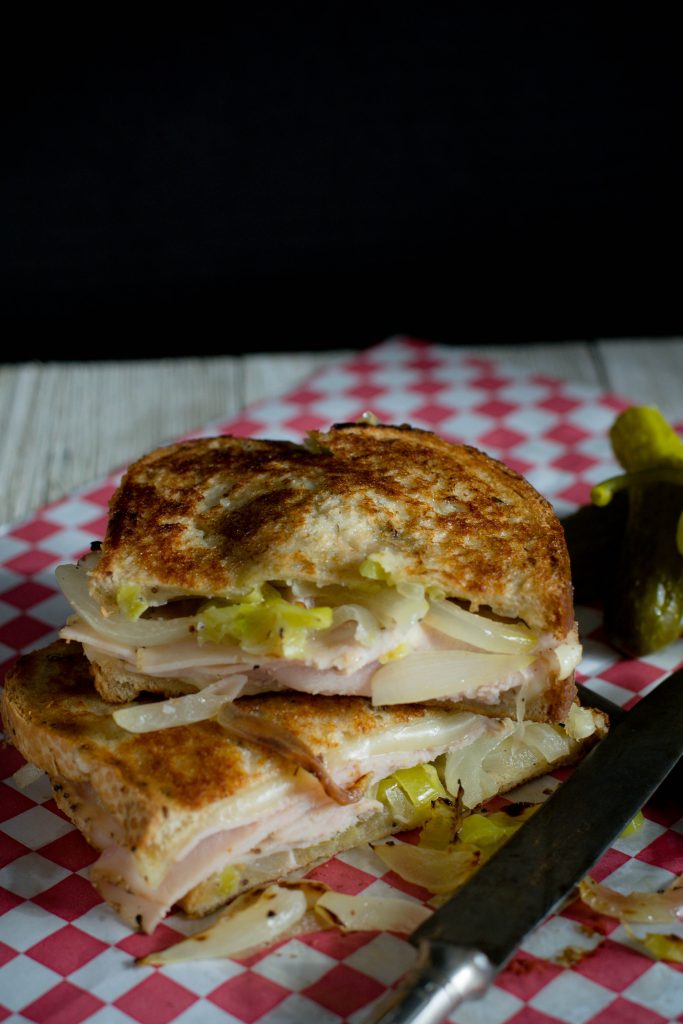 One change was made to the original sandwich. Instead of butter, we used Miracle Whip on the bread to toast it, its like adding a spread, but on the outside instead of the inside. It made a crispy toast to the bread and gave it the tangy taste that only Miracle Whip has. 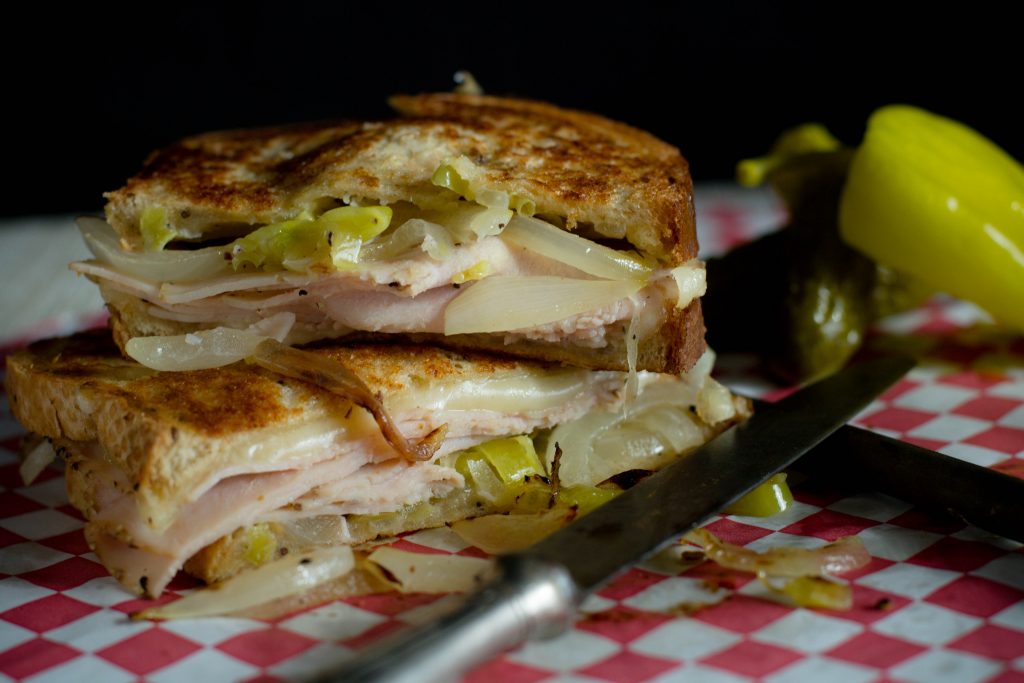