Carbs and cauliflower, add a dash of bacon and Roasted Cauliflower Fettuccine with Bacon ……Delish! 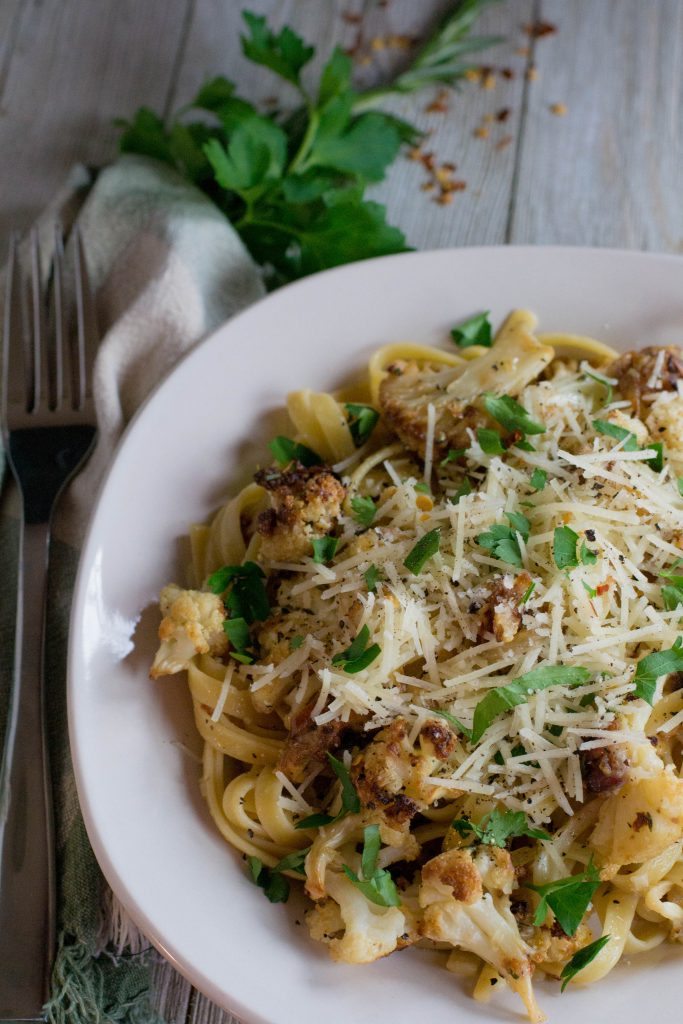 There is something about roasting vegetables that brings out a natural caramelized sweetness, such is the case with cauliflower. Cauliflower has been the “it” veggie for quite sometime. Sauces, sides, pizza crust, and even a sub for mashed potatoes……..which by the way is excellent.

I roasted a whole cauliflower for my Roasted Cauliflower with Cheddar Beer Cheese recipe a coupe of years ago  try it sometime its really to die for. Perusing Pinterest I saw a few recipes that had roasted florets and they just caught my eye. So began……Roasted Cauliflower Fettuccine with Bacon. 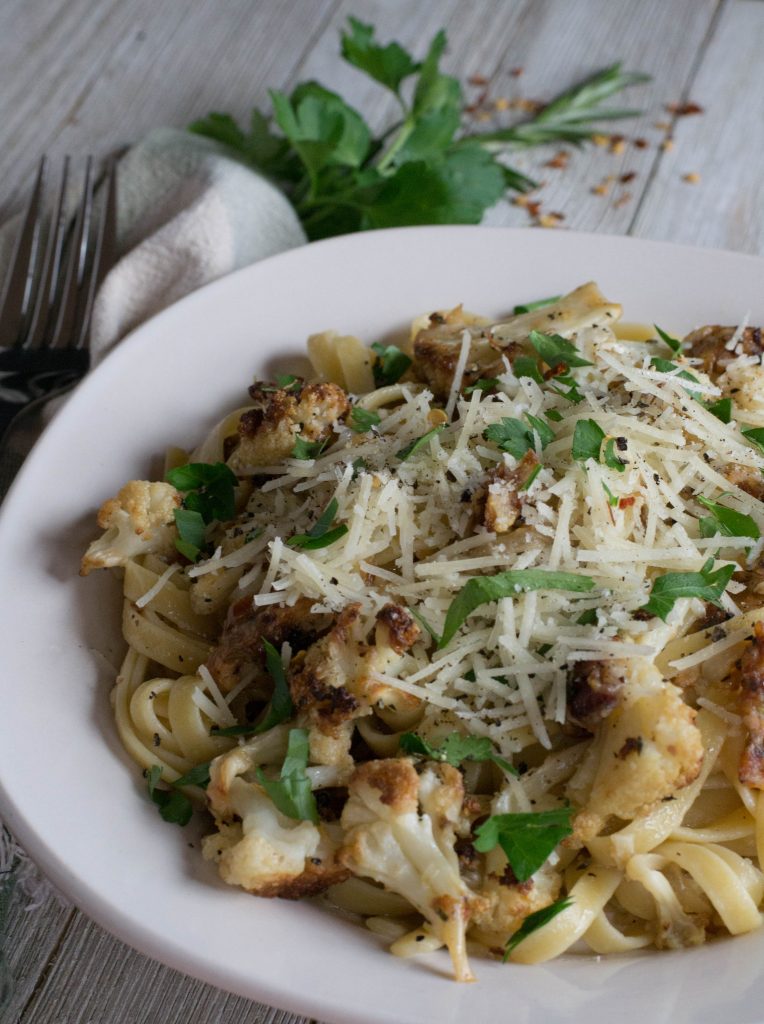 I have mentioned before that one of the perks of working at a school is many long weekends…..this was one. I had huge plans to stock up a few recipes, and then lazy pants and by pants, you realize I mean sweat pants took over and all of a sudden it was Monday. Yikes… I still hadn’t made anything!

I had been to the store…thank goodness. Open the frig, and there was that beautiful head of white cauliflower. On went the oven, out came the knives, a quick chop, chop, chop and into the oven. Forty or so minutes later… beautifully roasted cauliflower. 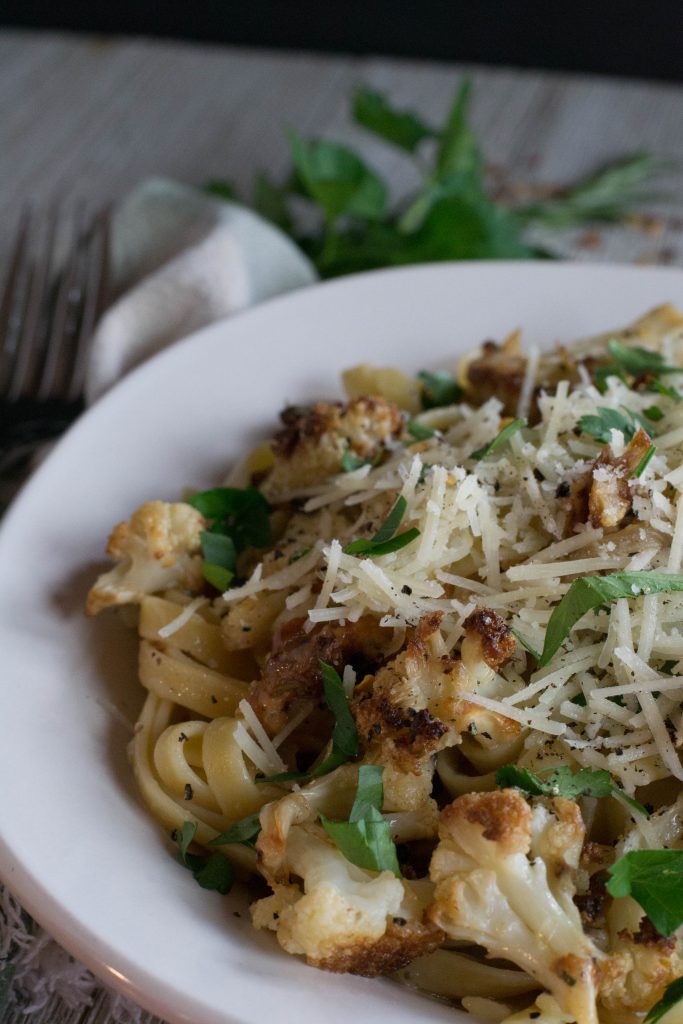 A bit of bacon, a few spicy things, and yes anchovies. Don’t be afraid of anchovies! Anchovies have a bad rap, most likely from having eaten then on a pizza (usually these are the least expensive and do have a fishy, cheap taste), but give them another chance. Purchase a nice jar of anchovies, cook with them. They add a savory taste, almost meaty. I chopped mine very fine and let all but melt into the dish. They are the secret ingredient that makes a Caesar Salad so good……just saying!

When boiling pasta, before you drain it save some of the water, it can help create or loosen up a pasta dish. In the skillet of bacon, and spicy things, I added fettuccine, the roasted cauliflower and some parmesan cheese. I did use some of the water to create a sauce without really making a sauce. 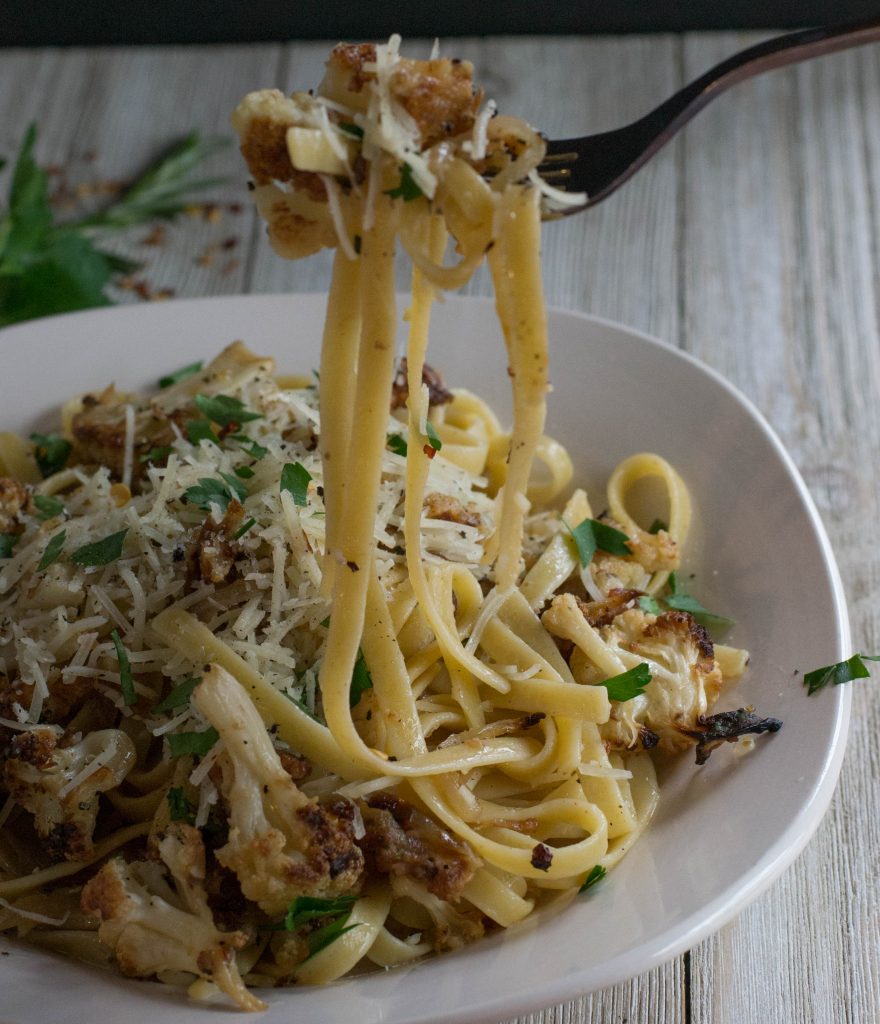 The whole thing came together quickly, and it was so good that Tim and I each had two helpings 🙂 We did in hind-sight think a nice loaf of crusty bread would have been a great accompaniment, next time! 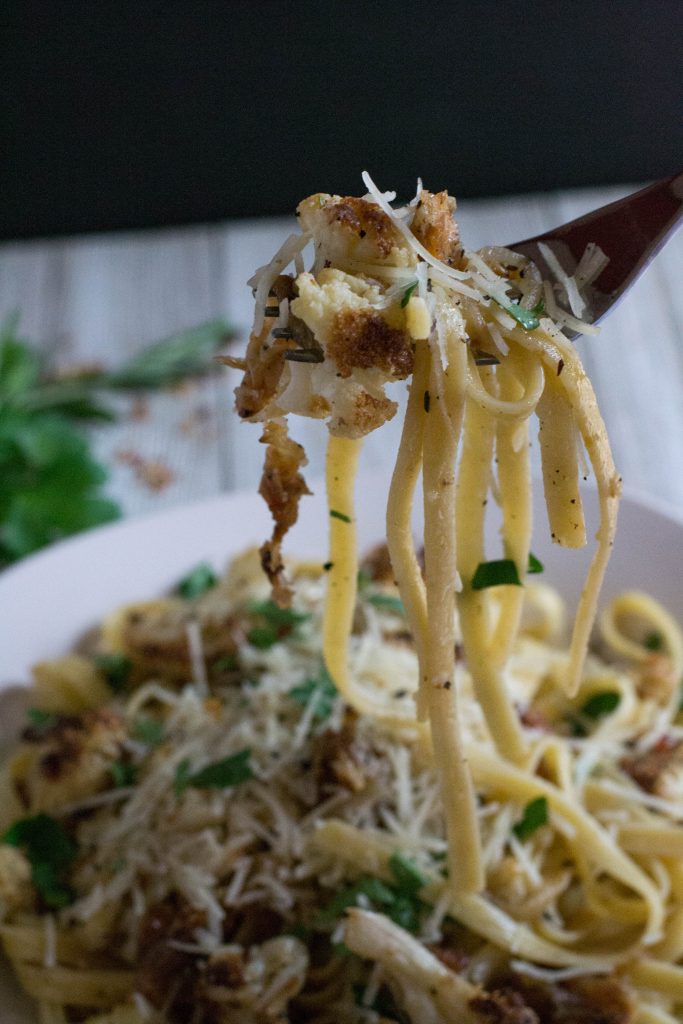 Even though my weekend was not exactly how I planned Roasted Cauliflower Fettuccine with Bacon, was the perfect ending!