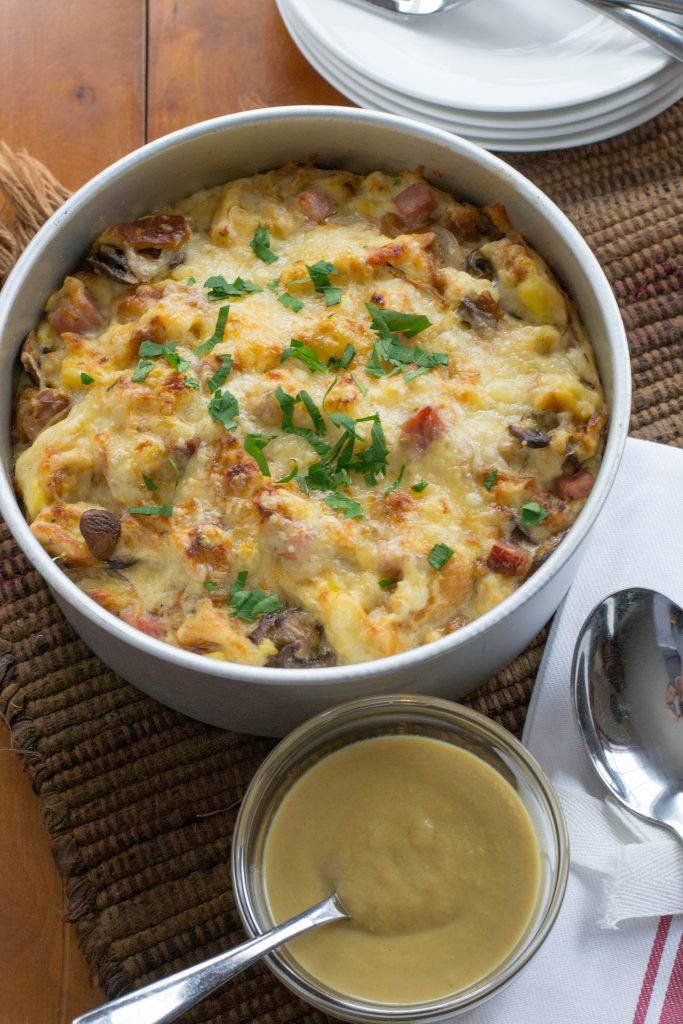 I was thinking about making french toast in my pressure cooker, which I understand is also called an Insta-Pot. Dig the name!! But, I wasn’t up for sweet,I wanted savory. And I had a couple of things in the frig to use up. Some ham and mushrooms, so savory it was.

I found brioche bread at of all places, Wal Mart….I know right? Anyway I gave it a try. For a truly outstanding bread pudding, brioche is the bread you want. This type of bread is rich, buttery, and slightly sweet…and it will soak up a cream mixture like a sponge. 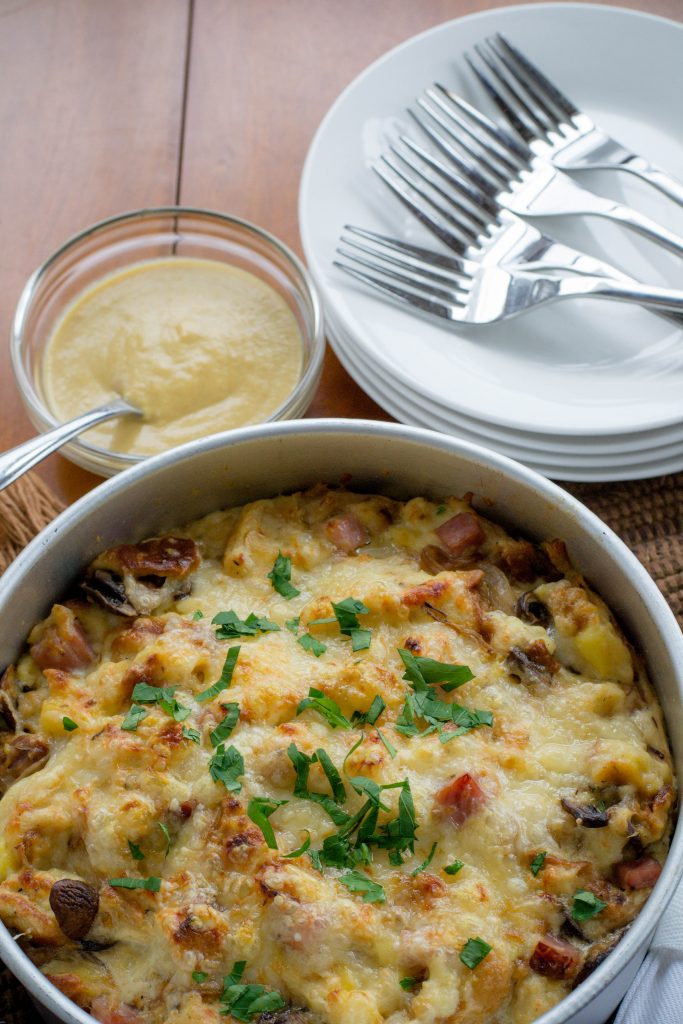 Sautéed mushrooms and onions and diced ham were added to the egg. Next, add cream(half and half) mixture, a bit of swiss cheese,and pour over the brioche to soak in.

Some recipes call for the mixture to soak overnight. I did not do this, but I am sure it would not hurt. It would be great for a “make ahead” breakfast. 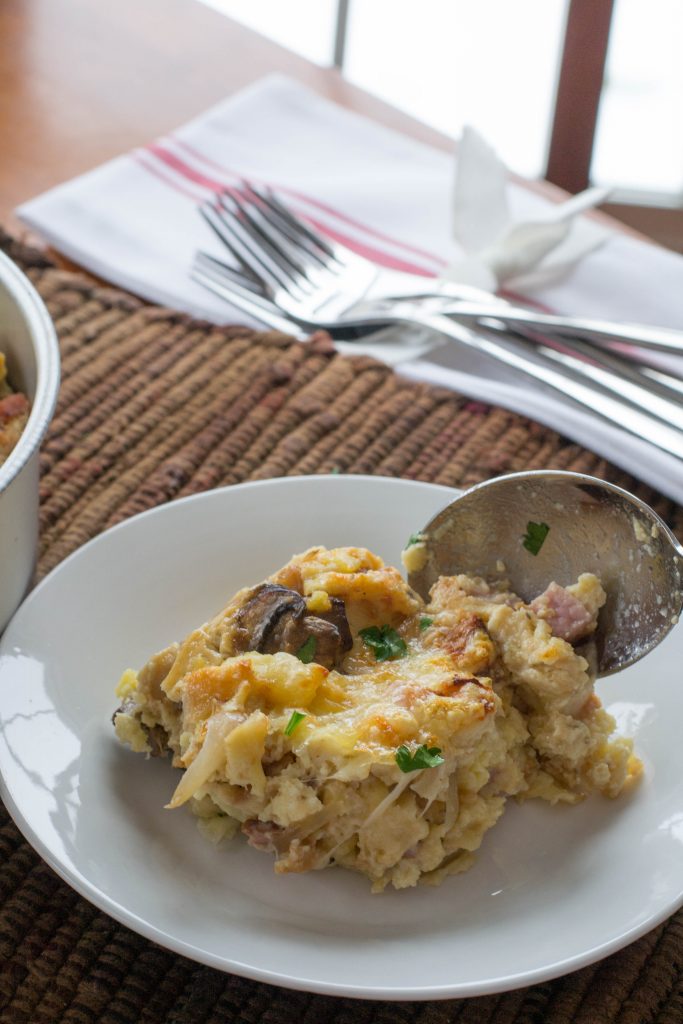 Find a pan that fits into your pressure cooker, a.k.a. Insta-Pot. I used a cake pan that was about 3 inches deep. My bread mixture was poured into the pan…sprayed with cooking spray.

I made a sling out of tin foil, so removing the pan would be easy. Just a length of foil folded over twice. Water in the bottom of the Insta-Pot (I’m loving that name), a rack in the bottom, and your cake pan lowered in with your homemade sling. 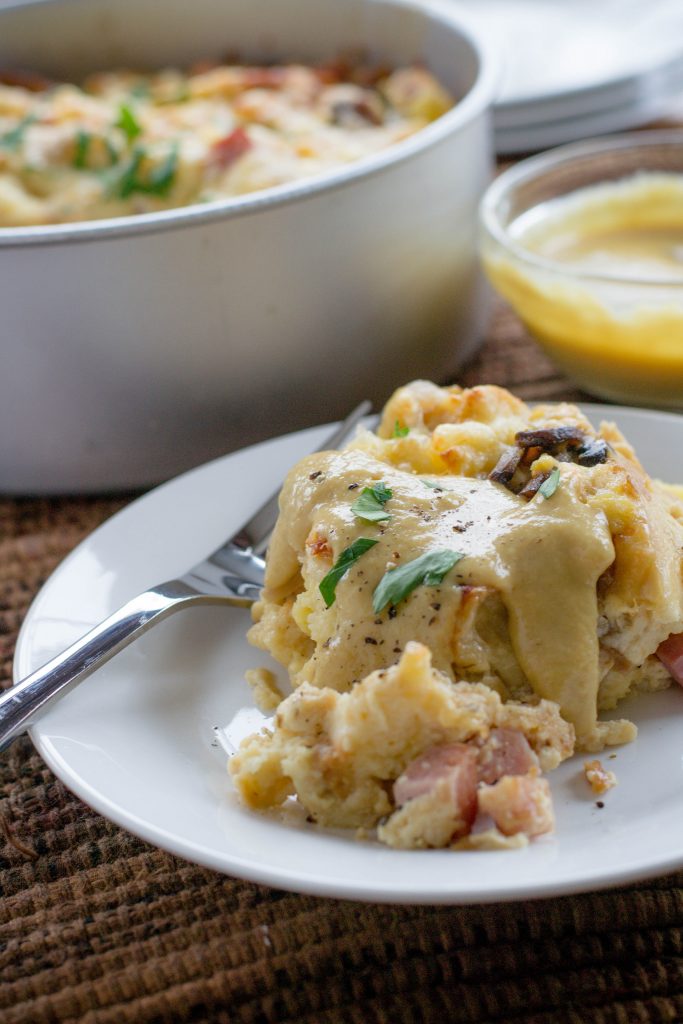 Set the pot to high pressure, and while its cooking, make the dijon sauce. This sauce was super easy, just whisk together the ingredients and warm. It was the perfect accompaniment for the bread pudding. The bread pudding was delicious on its own, but the sauce added something.

After a quick release of the Insta-Pot……please make sure the pressure has totally released before you try to remove the lid……remove the pan with your sling. Top with a bit more swiss cheese and place under the broiler to melt and brown the cheese.

Scoop out the bread pudding and top with the dijon sauce. Garnish with parsley if ya wanna be fancy!! Which I usually do…..lol

So, break out the Insta-Pot and make your family a nice Pressure Cooker Breakfast Bread Pudding this weekend!!