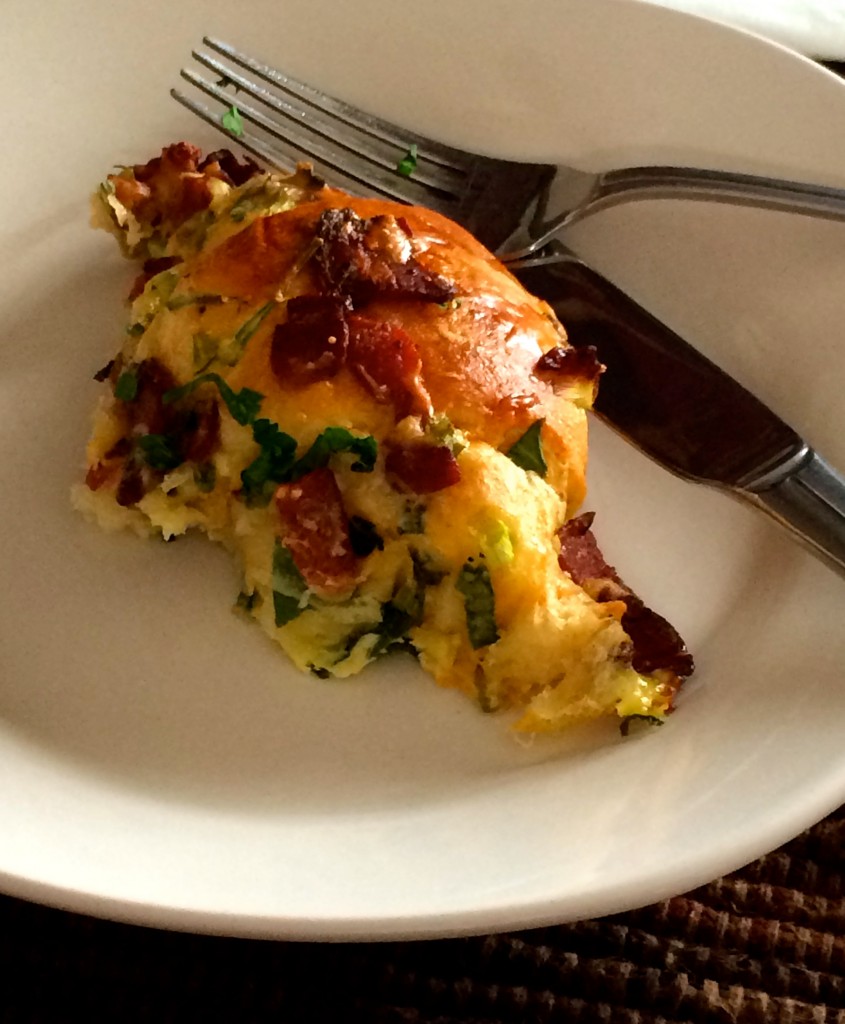 I know that being New Years Day everyone has resolutions…….blah, blah, blah……but sometimes you just need some convenient, no calorie count required foods. You have to love the crescent roll……..I don’t mean croissants but don’t get me starred on how much I adore those……..I mean the canned, everybody has them for holidays, pop and fresh kind. What could be more versatile. You can fill them, roll them out, line a pan with them……you get the idea. So in an effort to use up the last can from the holiday season……I have resolutions of my own…….. and it being breakfast time. I scoured the frig to see what I could use. Applewood smoked bacon came into my life through a recipe I found while searching for ideas. One thing with me is that the first time I try a recipe I make it exactly like it is written. But after that……no holds barred. I will switch up everything. Now I don’t recall anything about the recipe in which I used the bacon, either “old-timers” or it wasn’t that good……either way the bacon stuck in my mind. Now the love of bacon is universal or if its not it should be. Once I had the bacon and the crescents the rest just fell together. Spinach, cheese, eggs……..but I will let you be the judge. We will be having them again. 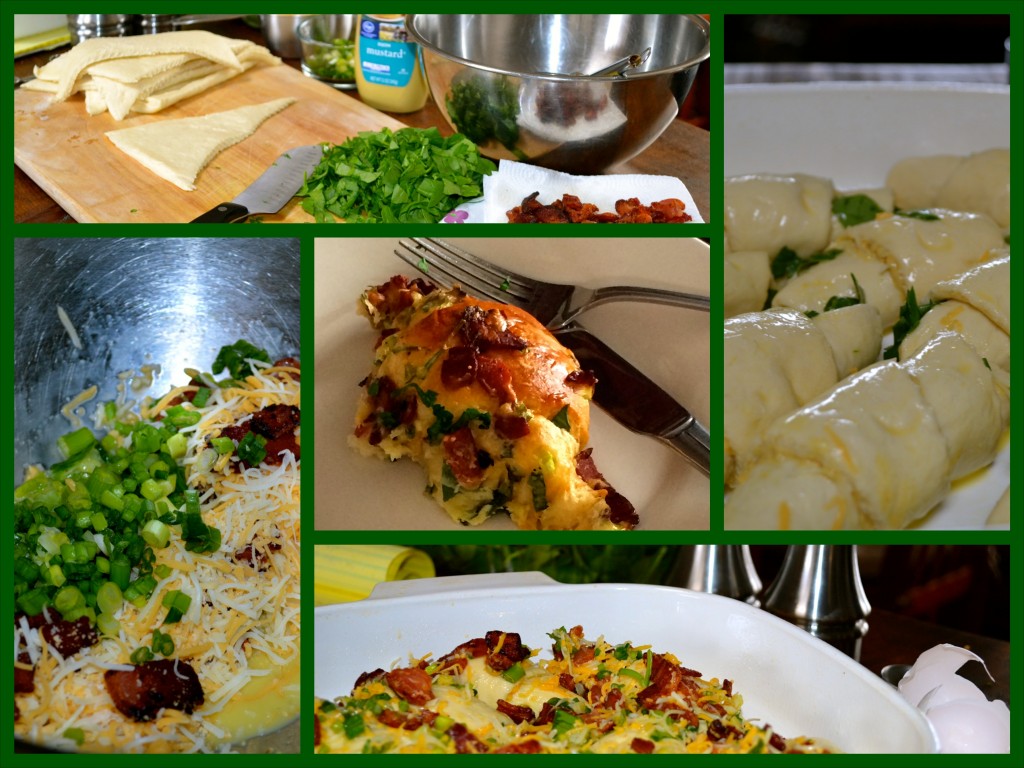