Weekends are busy! Lots to do and take care of! Who has time for a decadent breakfast???? You do!!

Working all week at a 9-5 leaves the weekends to take care of……well everything. Errands, paying bills(ugh!), grocery shopping, and a million other things that get put to the side during a hectic work week. 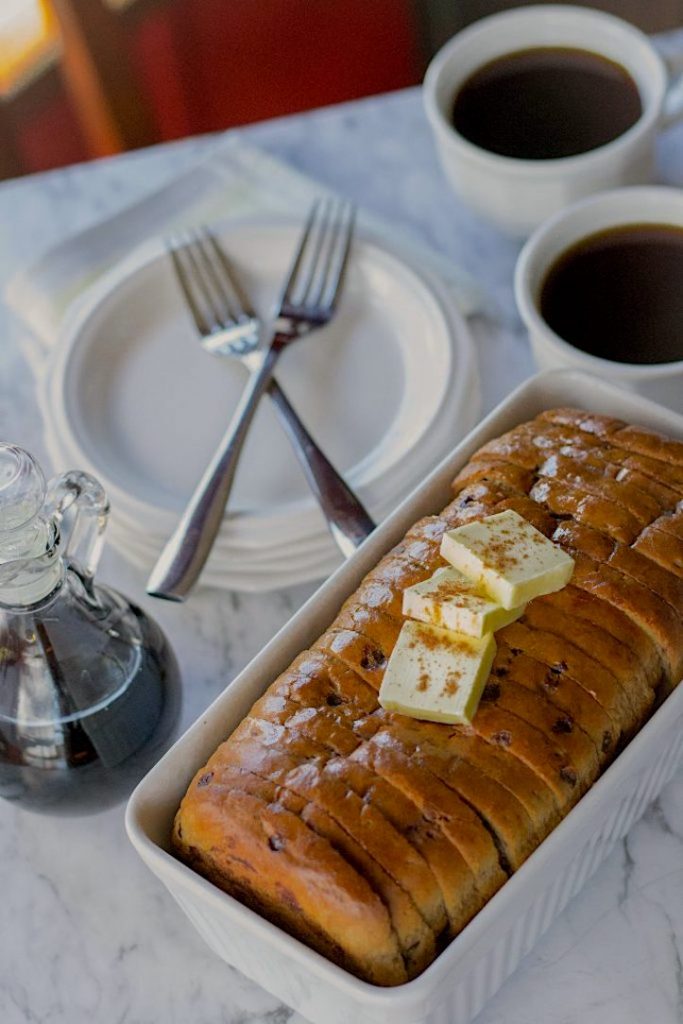 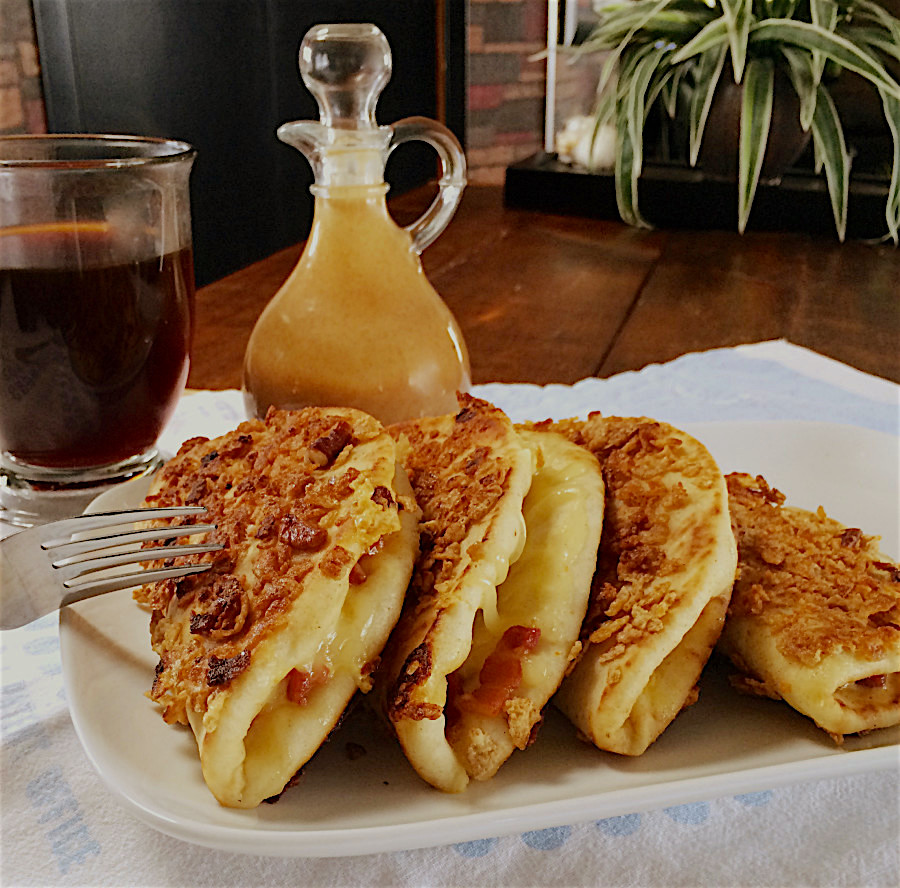 A friend of Tim and I owns a restaurant, Mom’s Diner. It’s open for breakfast and lunch, and a dream come true for our friend. A few weeks ago we went for breakfast. Tim loves skillets,you know the breakfast with everything. I on the other hand, go for the sweet stuff…….and my fav is french toast. Once we perused  the menu, I decided on Mom’s french toast. Thick cut french toast covered in crushed corn flakes……it was awesome.

I kept thinking about it and I wanted to try it at home. Then, as often happen with me, my mind starts whirling with possibilities………what if I used a different cereal?…….what if i stuffed it?……..how would something savory taste?……..maybe still a touch of sweet.

So, off to my source of constant inspiration …….the grocery store. Once again I have to say. I love to grocery shop!!!!! I could stay there for hours!  END_OF_DOCUMENT_TOKEN_TO_BE_REPLACED 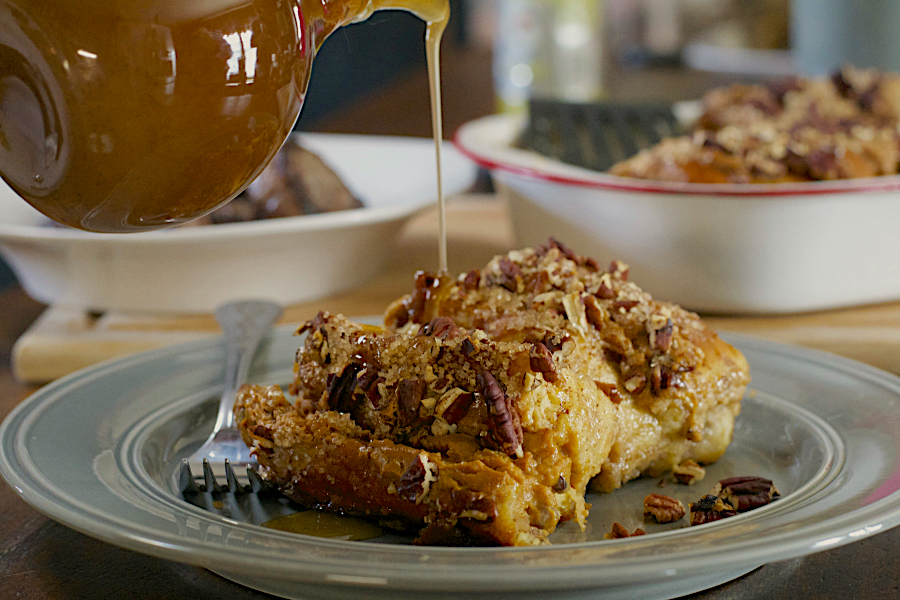 Whenever I have people over, my first inkling is to feed them………especially when they are helping me with something.

Tim’s brother Mark and our sister in love Carrie (Mark calls Carrie’s mother, his mother in love ,because they are not married and I thought is was soooo cute and that makes Carrie our sister in love) came over Sunday morning to help us clean out our gutters.

They were coming over early, so I decided to make breakfast. Last Sunday I made the Greek Yogurt Raspberry Pancakes with Homemade Vanilla Syrup for Tim. This Sunday it was my turn……..French Toast………… jazzed up French Toast. Jazzy Stuffed French Toast!

I always get my best ideas at the grocery store! Cream cheese seemed like a natural in the French Toast stuffing department. Low and behold leave it to the people at Kraft to have a cream cheese that was honey pecan flavored……it was like fate….yummy fate! I needed more flavor…….hmmmm…….how about Dulce de Leche caramel……..extra yummy!

The one down fall of my local grocery store, is that the types of breads they carry in their bakery is not alway what I am looking for…..I was thinking a Brioche or Challah bread, but it was not to be.They do carry what they call a sweet French bread……it would work.

So, back in the kitchen…….I mixed the cream cheese and caramel together…easy enough. Cut the French bread into 2 inch thick slices and cut across the top to form a pocket. Smeared……technical cooking term………the inside of the pockets with the cream cheese mixture.

I made a brown sugar butter bed for the slices to set on…….I melted brown sugar and butter, and pored it on the bottom of the pan. I stood the stuffed slices upright, so the filling stayed put while baking.

The egg mixture that you normally dip the slices in became kinda like a bath for the slices. I poured it over making sure I had the mixture everywhere …….I used a knife to hold the slices apart so I could pour the mixture in between. Everything needed to be soaked with the egg mixture. 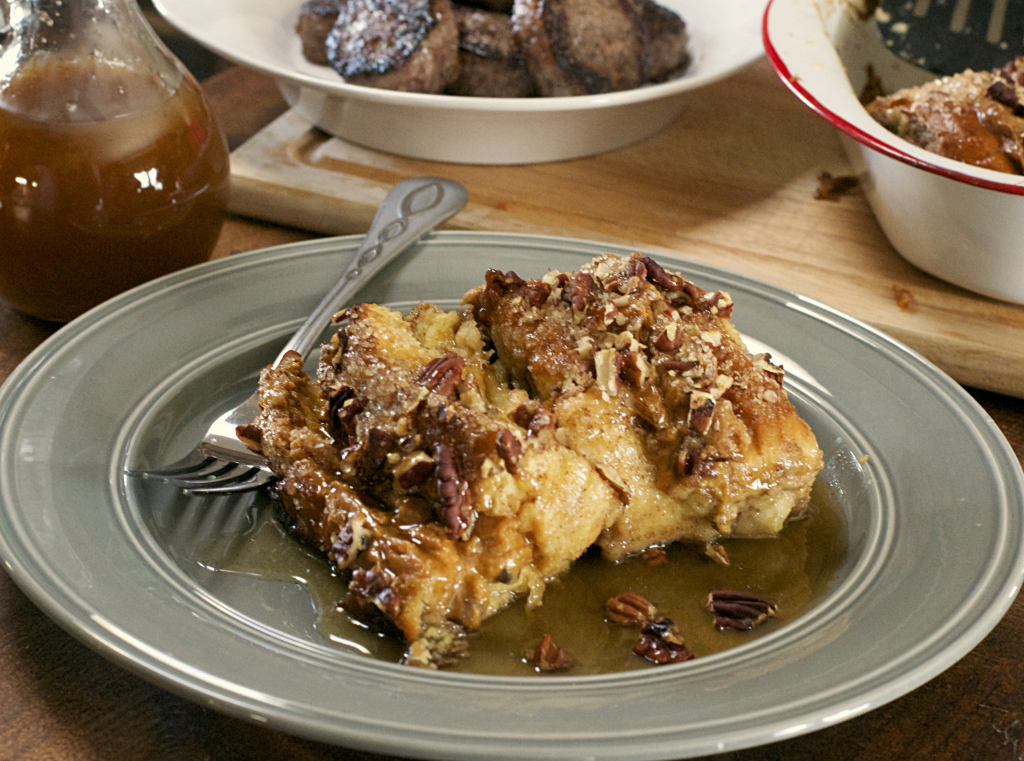 At this point, I would have put the mixture in the frig overnight and baked it in the morning……which makes this a great make ahead dish…….but, as usual, I fell into the black hole of time……ok, just didn’t make the dish until the morning…..I had my lazy pants on!

It still worked out fine. I sprinkled the top with more pecans and some extra sugar,as if it didn’t have enough already. Into the oven for about 30 minutes and breakfast is served. I used the same Homemade Vanilla Syrup we used with the pancakes……all I can say is this was the best French toast I have ever,ever had…….in my whole life…..and that’s a long time!

Just a little tip…….always ask guests if there is something they do not like…….Carrie is not a pecan fan, so I don’t think she enjoyed it as much as Tim,Mark and I did……..but they were our taste testers for this one. Carrie was able to pick the pecans off, I still feel bad that I didn’t ask first.

This would make a great Christmas morning breakfast, or make it for a brunch……want ever the event …..make it! It’s super awesome!!!!! 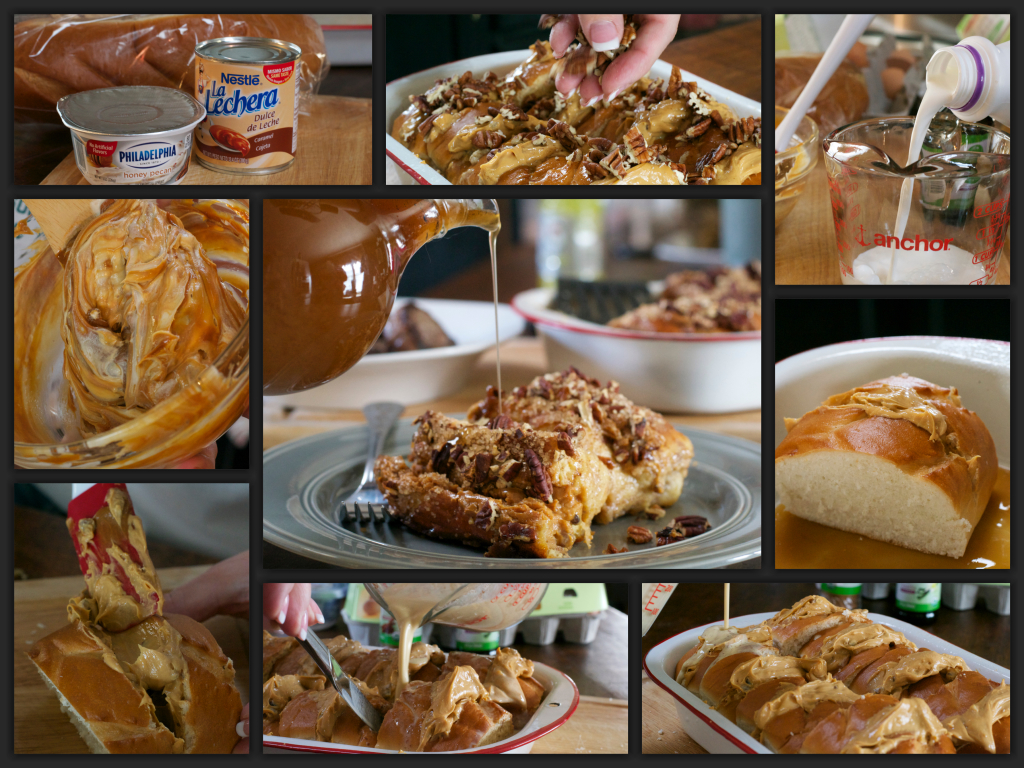 I only let mine set for about an hour the first time I made it and it turned out fine.